Assuming, of course, it can actually be built. 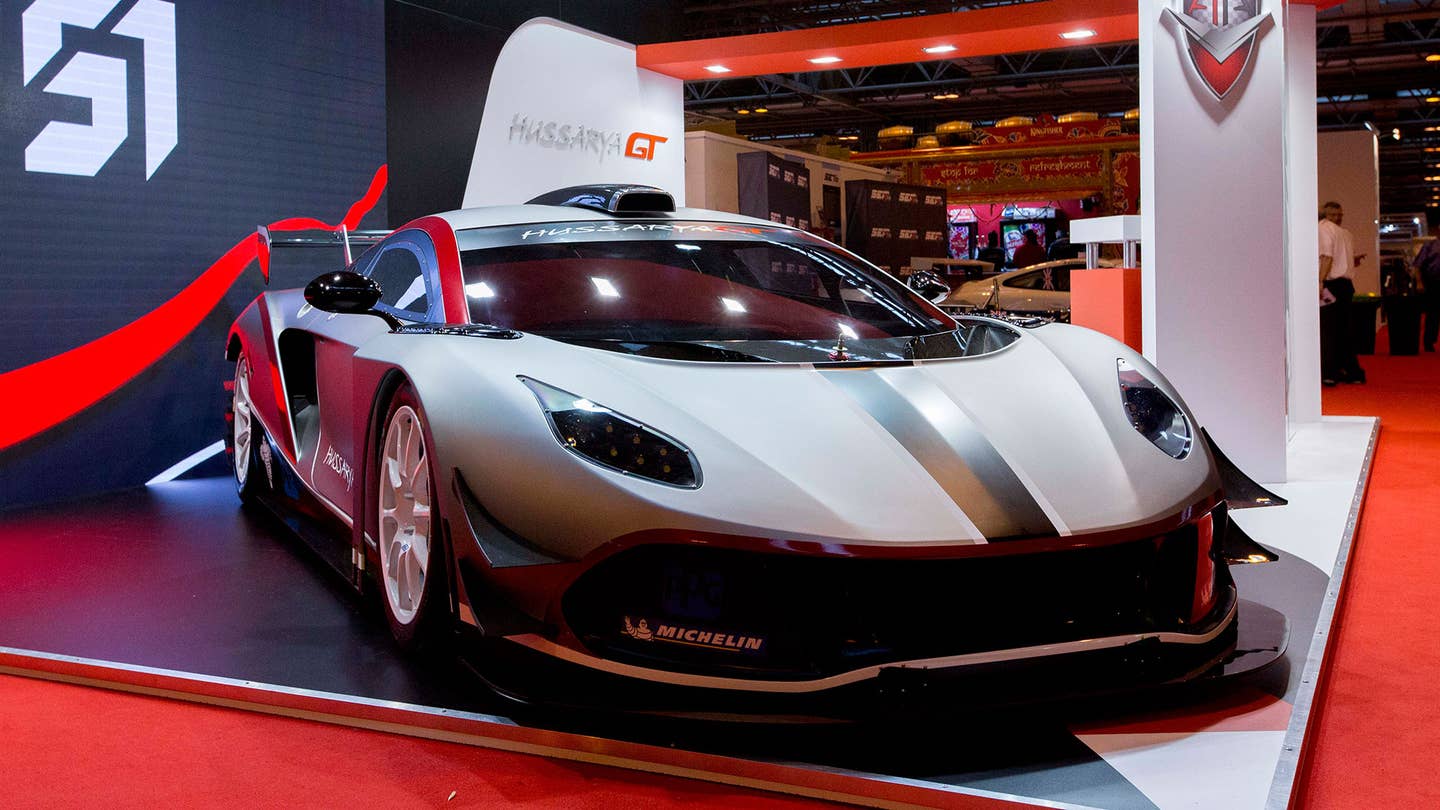 Right now, Chopin Vodka is Poland’s sole global luxury brand. If Warsaw-based Arrinera Automotive Holding ever builds its Hussarya GT race car for the European GT4 racing series, the Land of the Plains will have precisely two global luxury brands that, if enjoyed simultaneously, would land you in jail. Revealed at Autosport International, England’s annual Fashion Week for go-fast coupes, the Hussarya GT would be the first international GT-class racer ever to come from the country that gave us Copernicus, kielbasa and surnames that require Duolingo to pronounce.

Mounted behind the cabin is General Motors’ LT1 small-block crate engine, a 6.2-liter V8 producing 430 horsepower that shifts through a six-speed sequential transmission. Spectacular wares from other brands play support roles, like the Öhlins-designed pushrod suspension, six-piston Alcon brakes and Cosworth Intelligent Color Display inside. Carbon fiber body panels are laid over a steel tube chassis, their shapes determined with the help of scientists at Warsaw Technical University. Aluminum and Kevlar honeycomb contribute more tensile strength, as well as lightness that stops the scale at 2,750 lbs. The company plans to build just three GTs at most this year, along with a production version to satisfy homologation requirements.

We would love for Arrinera to win on the track and the road if only for its underdog status and bombast. The brand custodians say “Arrinera” is a portmanteau of the Basque word arintzea (“streamline”) and the Italian vero (“true”), while “Hussarya” comes from the Winged Hussars, a 17th-century Polish-Lithuanian cavalry. They were Eastern European versions of Conan the Barbarian in heavy armor, on horseback, wearing giant wings into battle, and their specialty was kicking acres of ass against superior odds. At one time their motto was, "Kill First, Calculate Later."

But Arrinera has been showing a prototype road-going sports car with various designs, power outputs and prices since 2008, and that thing hasn’t yet been produced. At Autosport International, Arrinera Racing CEO Greg Pękala said taking the Hussarya GT racing is the best way “to get the publicity we need” to build a streetable Hussarya for the everyday Józef with six figures to spend.

Still, we have hope. The title of the country’s optimistic national anthem—another relic of the Polish-Lithuanian Commonwealth—translates roughly to, “Poland is not Lost Yet.” That’s not the worst motto for an orotund upstart carmaker that’s managed to flaunt its aspirations for eight years. Nor for a race team.