Will Ford's Baja-blasting performance truck get competition from the kings of off-road? 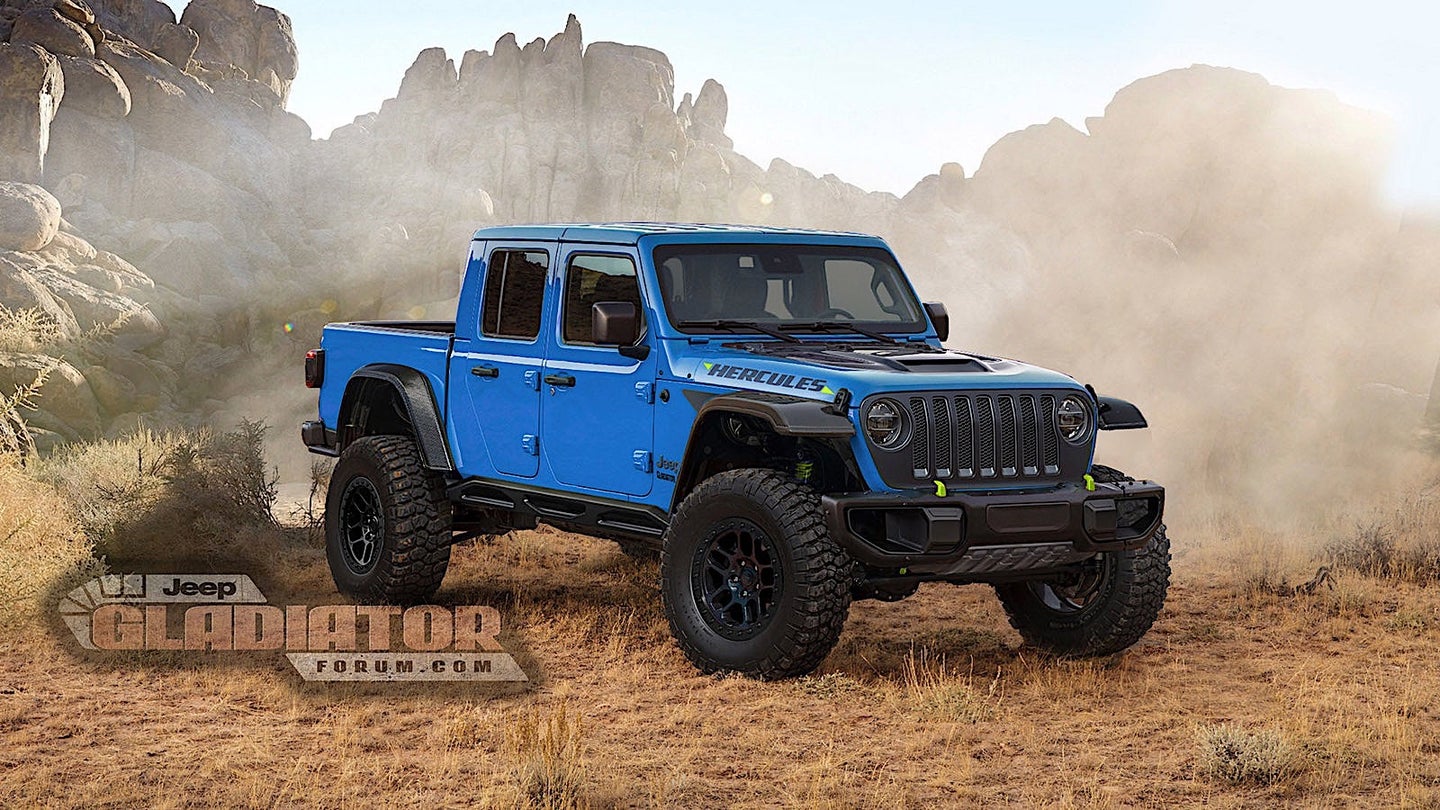 The Jeep Gladiator pickup truck hasn't even gone on sale yet and we already are hearing news that there might be a unique, higher-performance version in the works. Could FCA be working on a competitor to Ford's off-road juggernaut Raptor? Reports indicate that's a possibility.

According to the folks over at Jeep Gladiator Forum, an uber-capable variant of the Gladiator dubbed "Hercules" is currently undergoing market evaluation. According to their sources, this new version will compete with the lauded Ford Raptor. Apparently, one-off prototypes have been built as part of this viability testing.

When the Gladiator was revealed at last year's Los Angeles Auto Show, Jeep boss Tim Kuniskis mentioned that the Gladiator would have a new off-road setting designed for high-speed desert running. When he spoke with The Drive during that show, he mentioned that setting was one of the biggest things he was excited about with the new Gladiator.

Presently, Gladiator is only powered by FCA's 3.6-liter V6 making 285 horsepower. A 3.0-liter diesel is coming later this year, but specifics haven't been provided on that. To compete with Raptor, more horsepower would be needed as the Ford currently makes 450 horsepower.

Jeep has more powerful engines on tap, namely from the Hemi line, so it's not beyond the realm of possibility to see a go-fast Gladiator at some point during the life cycle of the truck. Would it be a Raptor competitor? The new off-road mode gives us hope that it's possible.

The Drive reached out to Jeep and they declined to comment.

Expect to see the normal versions of the Gladiator, including the Rubicon with the new off-road setting, at dealerships here in a few months.