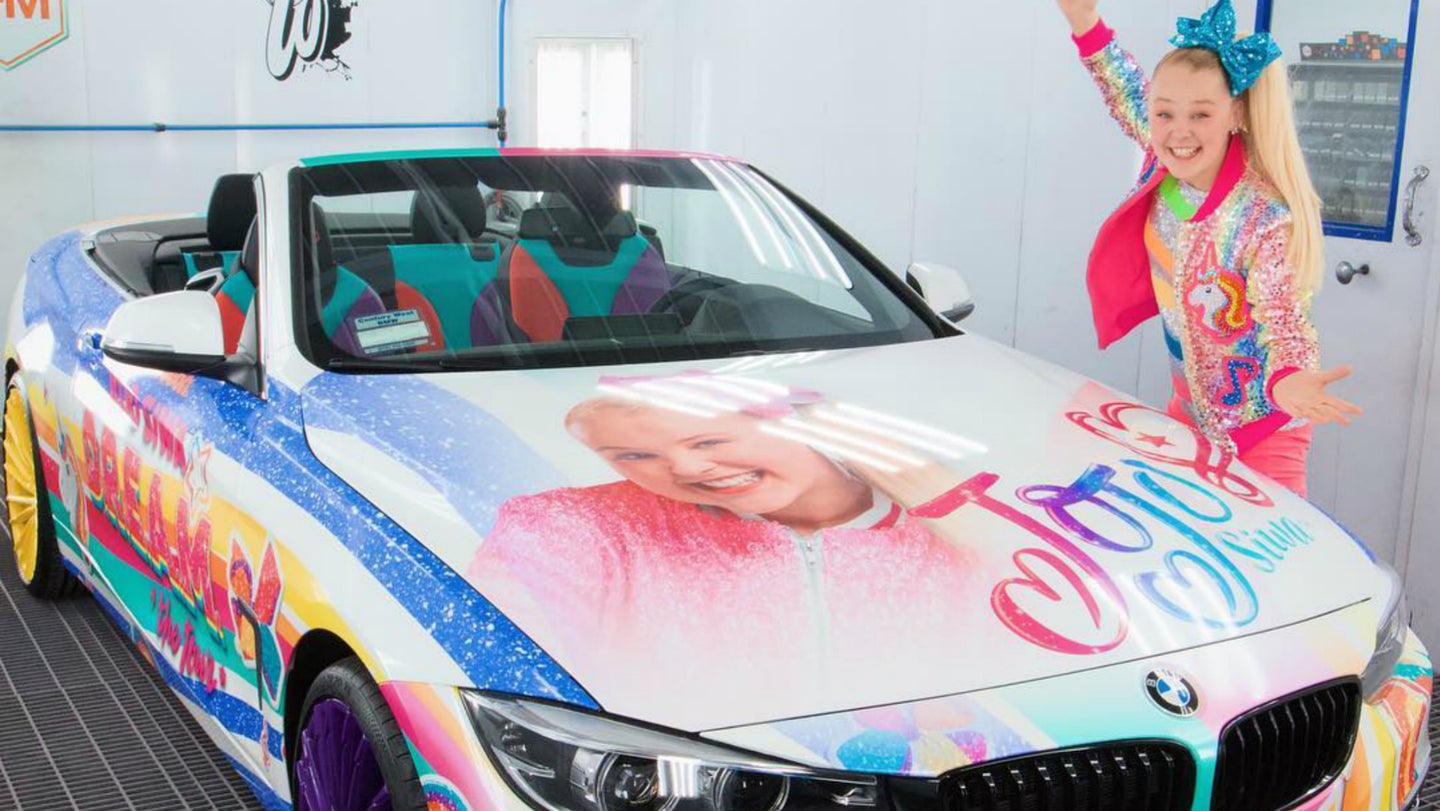 Justin Bieber was compelled to apologize after getting into a fight with a kid over a car. Bieber had joked on social media that 15-year-old JoJo Siwa, a dancer and social media celebrity signed with Nickelodeon, should burn the car her parents bought her for Christmas.

Siwa's 7.7 million Instagram followers were not amused, and her mom kindly suggested Bieber burn his own things instead. After the popular man-child pop star issued an apology, Siwa light-heartedly suggested he perform at her upcoming 16th birthday party and posed with his cardboard cut-out in the car.

Though Bieber often displays questionable taste—he celebrated his 18th birthday back in 2012 by chrome-wrapping a Fisker Karma—we find ourselves reluctantly on Team Biebs in this case.

Siwa's new ride looks like a tween's vision board somehow found its way out of the conceptual realm and into reality. The car, a BMW 4 Series convertible which starts at $53,000, features a rainbow color scheme with a multitude of candy-colored stars, at least two smiling unicorns, Nickelodeon branding, and a gigantic picture of her own face on the hood. Inside, the central console has been bedazzled with sparkle and pink trim, while the seats have been rendered in red, teal, and purple. West Coast Customs handled (committed?) the customization.

To take in the car, in its awesome totality, you can see this video Siwa made, but keep the volume down if you're at work (it's safe but loud).

Wraps are easy to remove so the most garish elements of the car can be lessened in time. Until then, we expect Ms. Siwa will have no problem finding where she parked.

Is it too late now to say sorry?