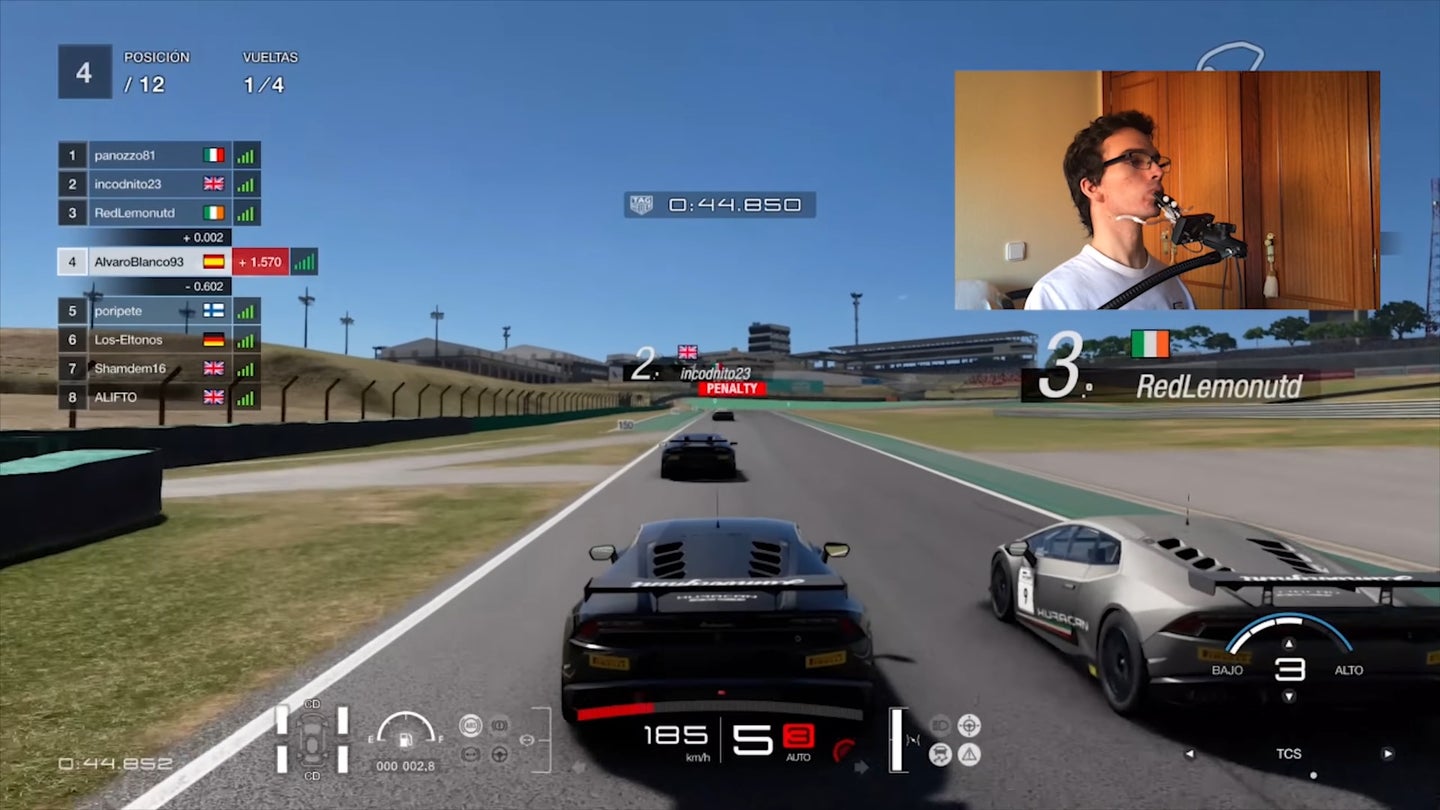 As the holidays approach, you as a car lover might find yourself hiding from your relatives with a copy of the latest Forza or Gran Turismo game. If we were to ever lose control of our arms and legs, however, I'd reckon most of us would render the relatively simple pleasure of gaming a luxury reserved for the more able-bodied. However, Alvaro Blanco isn't most of us.

Known as TETR4 PLAYER on YouTube, Blanco became a quadriplegic after a motorcycle accident injured his spinal cord. Thanks to an accessory called the Quadstick that allows players to control video games with just their mouth, Blanco plays on. His favorite title? Gran Turismo Sport.

The Quadstick essentially works like a joystick with acceleration and braking assigned to moving it up and down while turns are negotiated by moving it left and right.

Blanco's skills behind the virtual wheel aren't shabby at all either. He was even good enough to land himself a trip to the FIA-certified GT Championship European Finals in Madrid and a meeting with GT creator Kazunori Yamauchi, meaning TETR4 PLAYER with just a Quadstick would probably smoke the average person with a full wheel-and-pedal setup.

GT Sport isn't the only game Alvaro frequents though, as a quick peruse through his YouTube channel shows clips of him playing FIFA as well as 2015's Ride motorcycle racer.