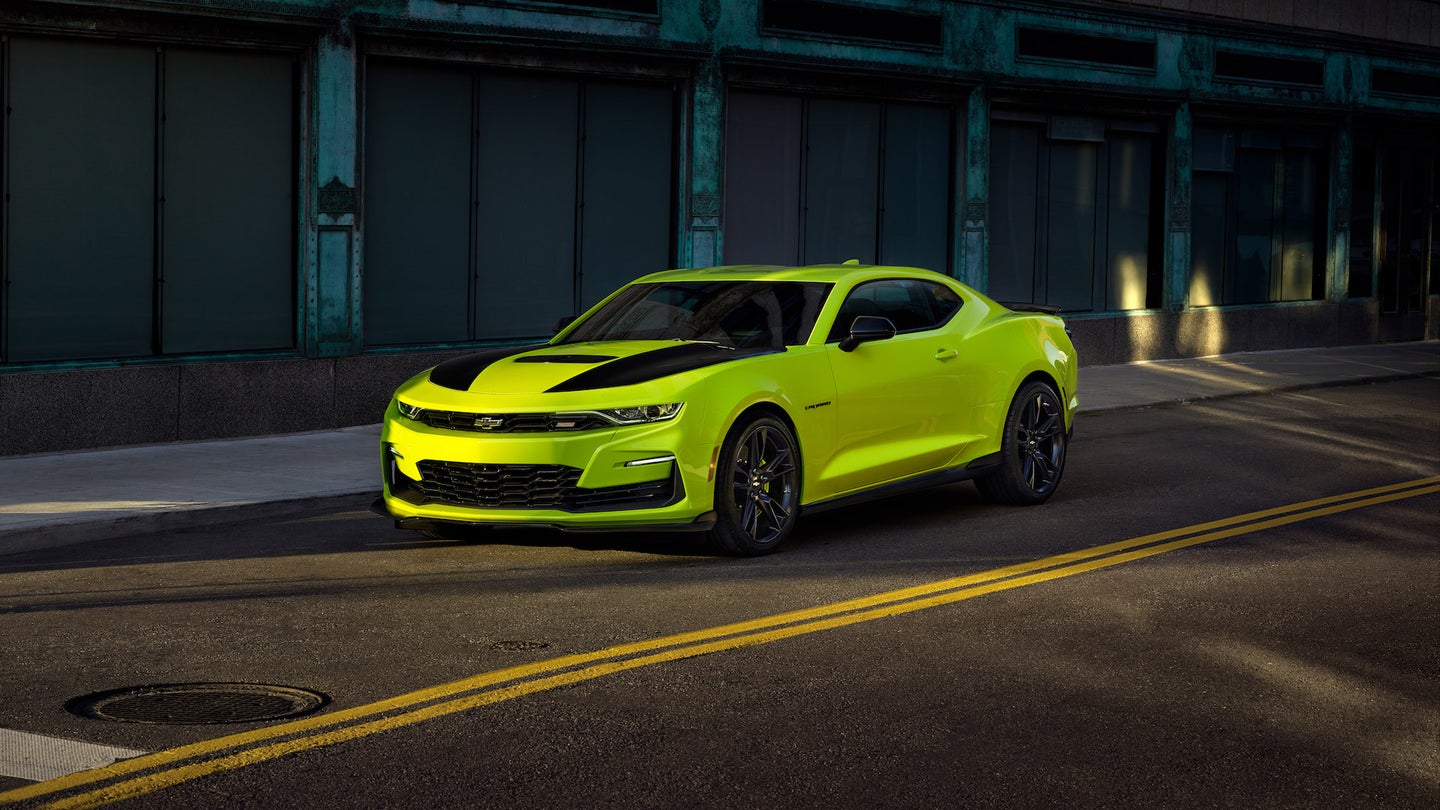 Chevrolet has allegedly decided to change the front fascia of its 2019 Camaro SS to reflect that of the "Shock" SEMA car, which we’ll get a closer look at in exactly one week from today. The change comes after rumors that 'Maro loyalists have been wildly outspoken over the current design.

According to GM Authority, the new fascia has been expedited into production due to sluggish sales of the new Camaro. The Shock Yellow paint job headed to SEMA is certainly a talking point, but the most notable change is the revised front fascia that was presumably developed as Chevy’s "second crack" at the facelift. The revised piece has a painted bar and a repositioned bowtie badge between the crossbars and two grille inserts. It might not sound like a huge change, but going from a blacked out bar to a color matched one, it gives the front a very different look. Plus, the repositioned badge is a nice touch.

Chevrolet’s decision to introduce a re-refreshed front end for SEMA is not so shocking, but it is a little interesting considering the 2019 Camaro SS models have already started arriving at dealerships nationwide.

"No additional announcements about the Camaro at this time," a Chevrolet spokesperson told The Drive when asked to confirm the front end's production via email.

When exactly the new fascia will show up on the production Camaro SS is unclear, if at all. However, Chevy could always add it as optional equipment and make some money while upgrading its own controversial design.