Could this be the return of Hummer? 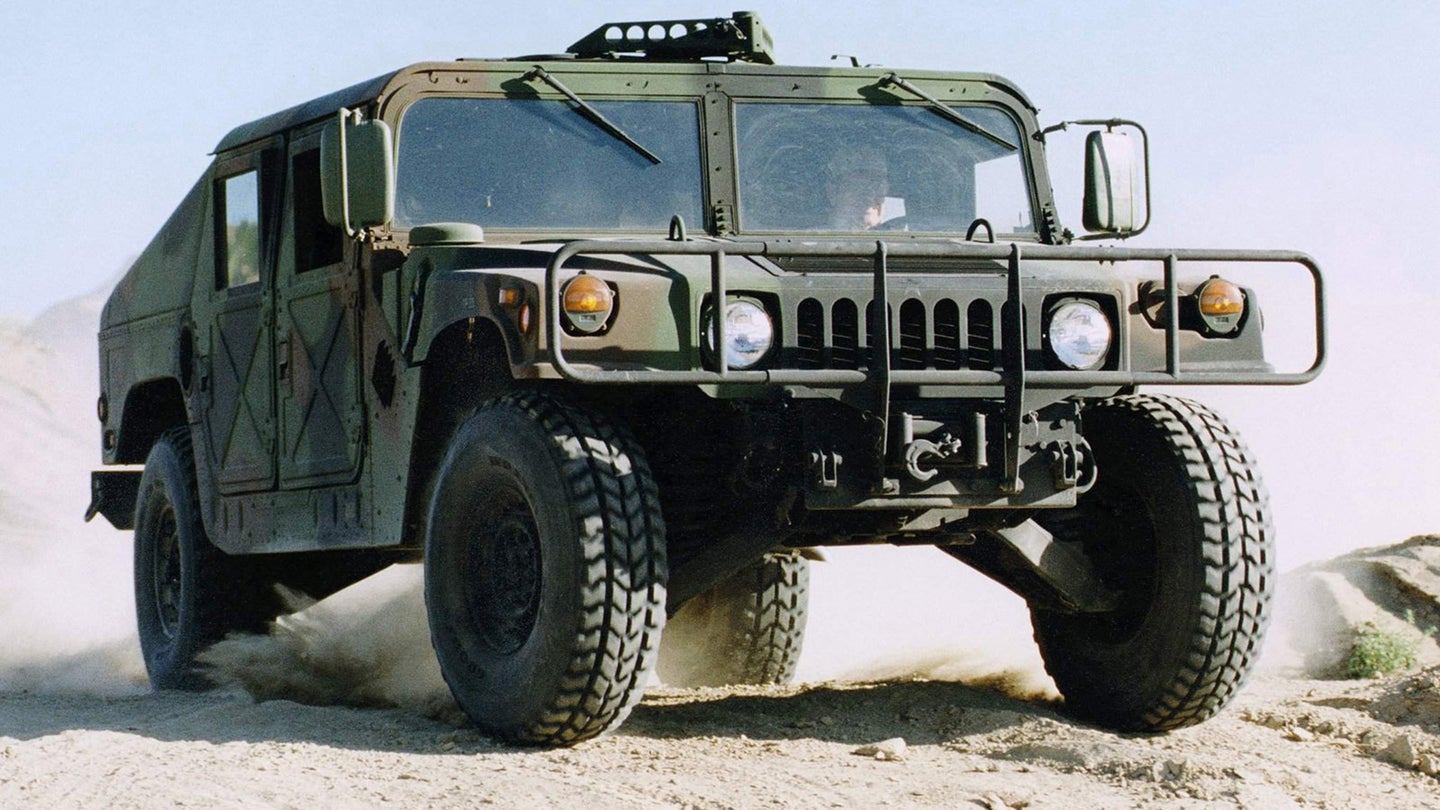 Humvee maker AM General is putting itself up for sale this fall as the U.S. Army continues to transition away from using the ubiquitous High Mobility Multipurpose Wheeled Vehicle in combat and utility roles. But the company still has some hefty government contracts, and Reuters reports that there's one buyer in particular whose name might ring a bell: General Motors, erstwhile guardian of the Hummer brand.

To some, Hummer represented some of the worst impulses of the pre-recession auto industry in America, a rolling, aggro charade that only existed to burn money and gasoline in equal measure. Others have suggested that its high time for a comeback in today's truck-crazy marketplace. General Motors hasn't responded to our request for comment so far on the potential purchase.

The automaker purchased its now-defunct nameplate from AM General in 1999 to produce the H2 and H3, which were marketed as civilian variations of the original HMMWV—though they were really built on modified GM truck platforms. Hummer rode the boom economy of those mid-aughts years until it crashed and burned in 2009 during GM's bankruptcy.

Of course, it's highly unlikely that General Motors would bring back Hummer in that same ostentatious form if it somehow did end up owning AM General. SUVs are in, but efficiency and eco-mindedness are too (or at least their appearance). It still owns the name, and AM General still sells Humvee kits that private companies can transform for civilian sales overseas.

So what would GM do with its hypothetical prize? It's not hard to imagine the company trying to do something electric and push the envelope for battery power off-road. They could always just throw a giant battery in an existing Humvee and call it a day—someone would buy it. Or maybe just kick back and collect the checks, since the defense supplier also has a stack of government contracts including a potential $800 million deal signed last month to supply the U.S. Army with HMMWV ambulances.

All told, Reuters reports that AM General's makes around $160 million a year, and its value could top $2 billion on the open market. That's a sizable investment, about double the money that General Motors has committed to its self-driving subsidiary Cruise, but it's not out of the realm of possibility. Fiat-Chrysler is also said to be poking around—that seems a less likely scenario—as are competing defense contractors like Oshkosh and General Dynamics.