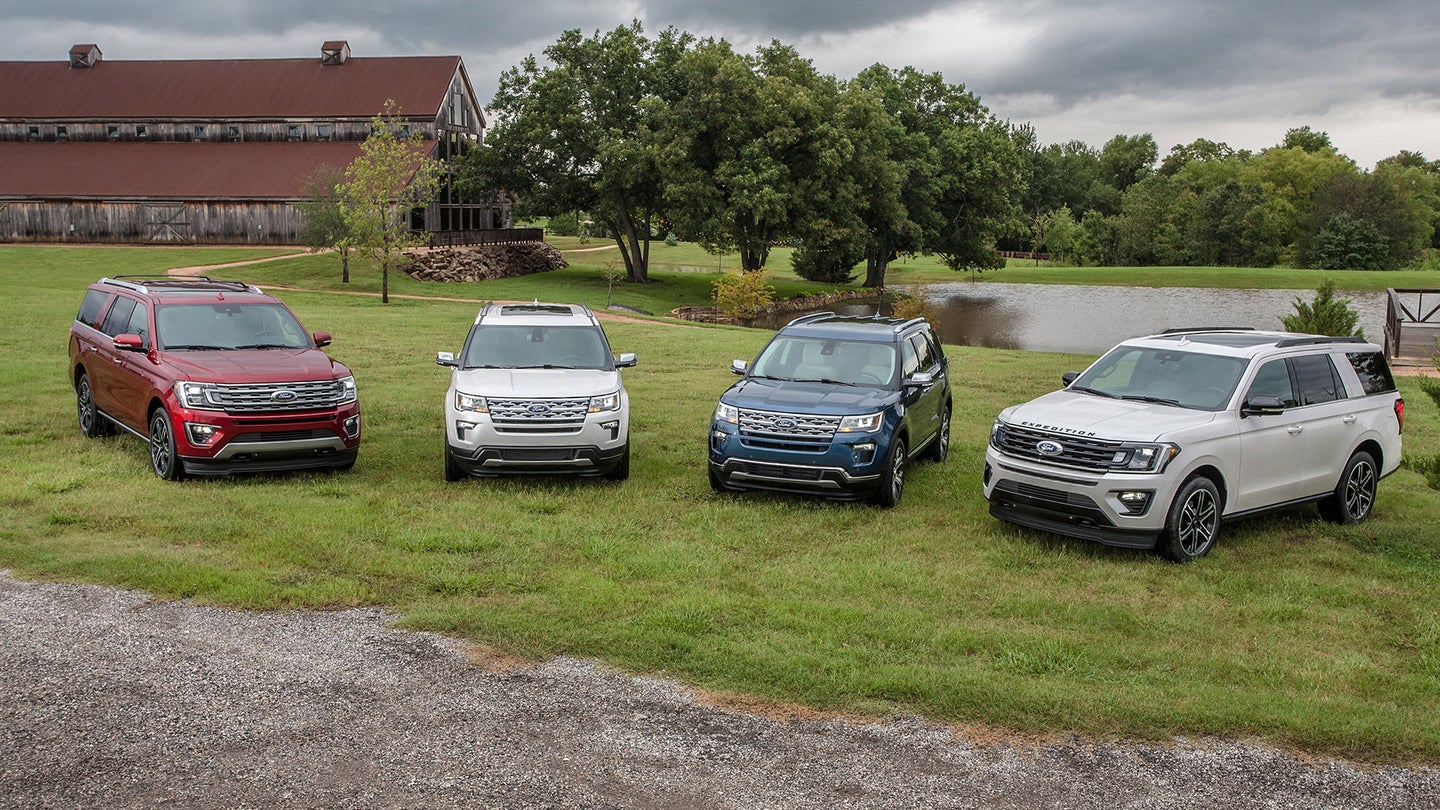 While Ford dominates in trucks, the Detroit brand's big SUVs are also popular; in states like Texas, that's especially true. That's why the automaker chose the Texas State Fair to debut four new special editions of its heftiest sport utility vehicles. These are the Expedition Stealth Edition and Expedition Texas Edition, plus the Explorer Limited Luxury Edition and the Explorer Desert Copper Edition.

The Expedition, built alongside Ford's Super Duty trucks at the Kentucky Truck Plant, dominates in Texas. The Drive spoke with Craig Patterson, Ford's marketing manager of large SUVs, and he told us that in addition to 25 percent of all Expedition sales occurring in Texas, "40-percent of all Expeditions sold are in the southern region that includes Texas and Oklahoma." This southern region is very important to Ford.

For some perspective, that 25 percent Texas number is more than the combined sales of Expeditions in both Florida and California, which Ford says are its second- and third-largest markets.

No changes are made to the Expedition's performance, which comes from a stout 3.5-liter EcoBoost V6 making up to 400-horsepower. The Stealth Edition features gloss-black accents, including 22-inch wheels, grille, mirror caps, roof rails, running boards, headlamp housing, and more. Expedition badging is also blacked-out. Inside, red stitching is used.

For the Texas Edition, the Expedition gets 22-inch wheels and trim-exclusive badging. It's built atop the Special Edition Expedition package and includes the Cargo Package, Heavy-Duty Trailer Tow Package, and an enhanced park assist feature.

For 2017, Explorer had its best sales year in more than a decade with Ford selling over 238,000 units. Available with up to 365-horsepower from the company's 3.5-liter EcoBoost V6, it's also one of the most popular nameplates in the country.

Desert Copper Edition Explorers are based on the XLT trim and get 20-inch wheels, Ebony black leather seats, and copper interior highlights.

All of these special editions will be available to order later this year with pricing information still yet to come.