Thanks to Crazy Inflation, $1 U.S. Will Get You 925,000 Gallons of Premium Gas in Venezuela

It sounds like a fairy tale, but it's actually a nightmare. 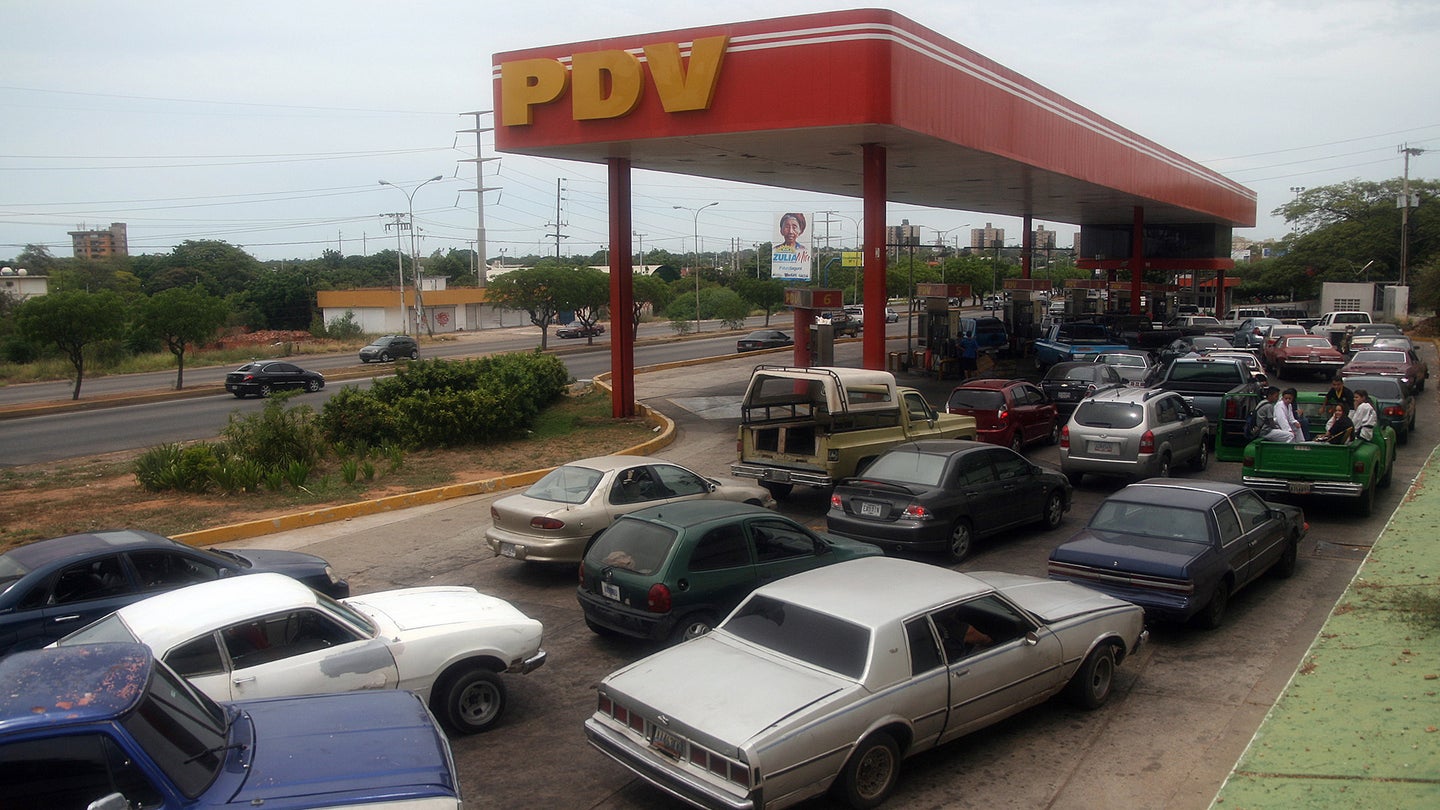 What if we told you there's a land where premium gasoline flows like water, where a single U.S. dollar could net you nearly 925,000 gallons of the good stuff? This is no fairy tale—this is the reality on the ground in Venezuela, and it's more like a nightmare as the country continues to grapple with the worst economic crisis in modern history.

There's no short answer to how the country arrived at this point, but five straight years of a brutal recession has given way to dangerous shortages of essential goods and hyperinflation of the Venezuelan bolivar approaching 1 million percent. Things like food and public transit have disappeared from the shelves and streets. The government of President Nicolás Maduro is rapidly losing support and closing ranks following an apparent assassination attempt over the weekend. The country's ties to the international economic order are fraying.

Amid all this, Venezuela has maintained its famous fuel subsidies that have long made it the cheapest place to buy gas in the world. For decades, a tank of 91-octane fuel has cost less than a bottle of soda. Even in an oil-rich nation, that low retail price covers less than 5 percent of the cost of production, according to AFP, and the government has to make up the rest. This has been blowing a $10 billion hole in the country's budget every year; with the rest of the economy in shambles, the government has responded by printing more money—producing even more inflation. While the price of basic goods has skyrocketed—AFP points out a single egg costs 200,000 bolivars—gas prices are still as low as the Mariana Trench. A liter of 91-octane gasoline costs just a single bolivar, while 95-octane fuel costs six.

Since hyperinflation has made the bolivar essentially worthless, there's a strong black market for U.S. currency; a single dollar is now trading for 3,500,000 bolivars. And that's how you get to a place where it's possible to buy almost a million gallons of premium gas for a buck. Unfortunately, you'd have a tough time getting it home.

Why not just raise the price of gas? It's not easy to transform an economy that's built on the bedrock principle of practically free fuel, and previous attempts to lower the government subsidies have been met with riots and unrest. People are barely getting by as it is; the low gas prices don't put extra money in everyone's pockets. There's also the fact that the economic crisis has caused both oil production and consumption to fall dramatically.

Still, something has to give. On July 29, President Maduro announced that the government would re-examine how it manages the country's fuel supply, starting with a so-called car census to figure out usage rates among the general population. Critics have warned that this is the first step toward raising prices or rationing gasoline, either of which have the potential to destabilize the economy even further. It remains to be seen if these moves will simply add more fuel to the fire.

Why Are Cars So Expensive?
The Drive
MORE TO READ