Under Inflation Crisis, Scores of Venezuelans Are Dying in 'Kennel Bus' Accidents 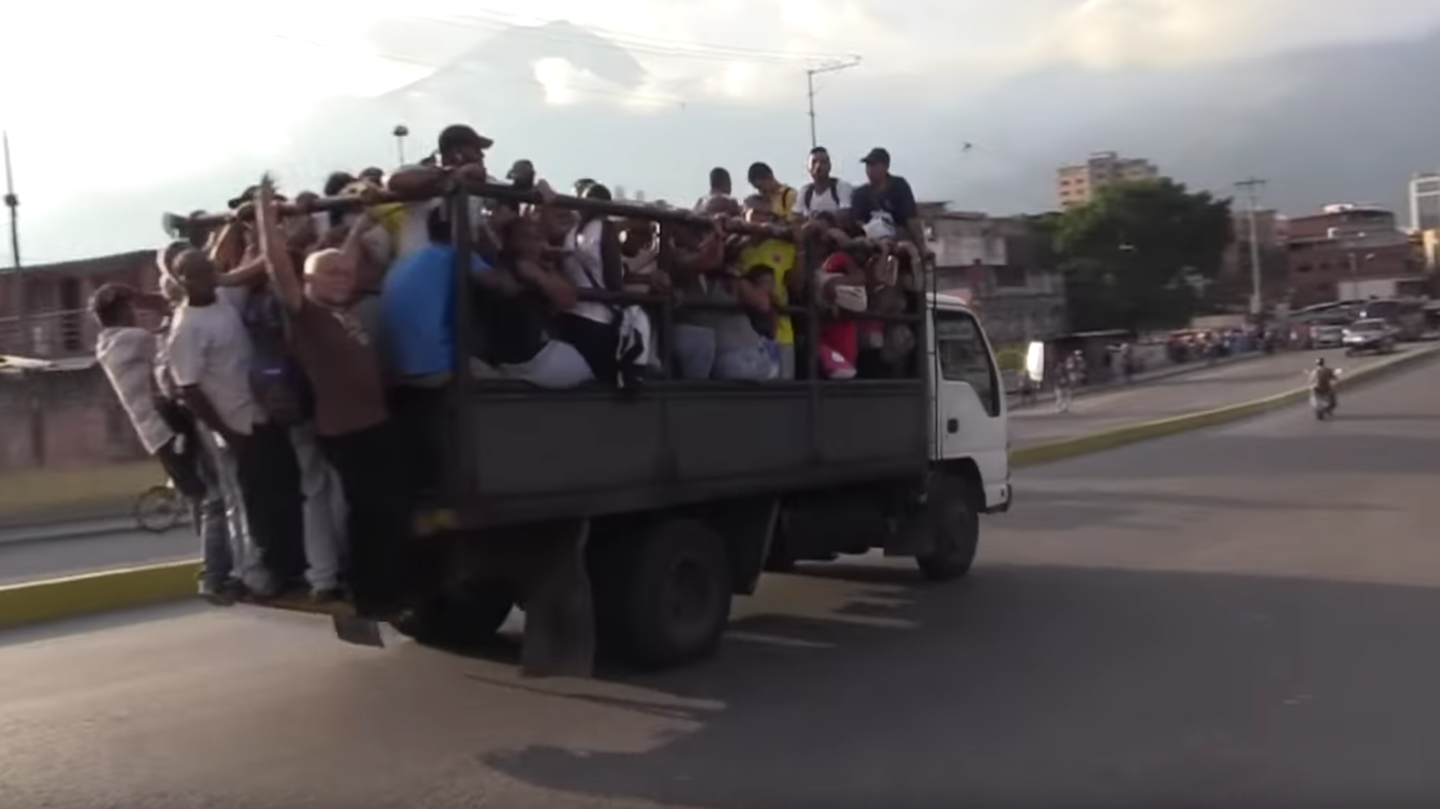 With currency hyperinflation sidelining 90 percent of public buses in Venezuela's capitol city of Caracas, a ragtag fleet of dangerous, hastily outfitted trucks have stepped in to meet the demand for transportation. Venezuelans, desperate for any means of getting around, have been jamming the trucks' cargo beds, modified to resemble what locals describe as “kennels” or livestock cages on wheels.

Tragically, those trucks and their dodgy passenger compartments have been cited in numerous passenger deaths. The AFP reports that, since April, at least 55 people have been killed in "kennel" accidents, and in May, 16 Venezuelans died in a single crash.

There is little hope traditional buses will return to the streets. With Venezuela’s local currency, the bolívar, in freefall and essentially worthless, an average 30-person bus is only able to generate the equivalent of $1.50 per day, while the cost of a spare tire has soared to more than $300 on the black market. The only cost to ride the "kennel" buses, which operate for free, is the risk of injury or death.

Originally, private truck owners had stepped in to meet the demand for transportation, before President Nicolás Maduro’s government provided its own fleet of free-to-ride vehicles. "I've ridden on garbage trucks, dump trucks and trucks without roofs," a 51-year-old hospital worker told the AFP.

Economists say Venezuela’s monetary crisis is only getting worse. Beset by failed policies and corruption within Maduro’s socialist government, and the swift collapse of the country’s all-important oil industry, the International Monetary Fund projects inflation in Venezuela could reach a staggering one million percent by the end of 2018, putting it on par with that in Germany in 1923 or Zimbabwe in the late 2000’s, according to The New York Times.

For example, according to The Washington Post, a kilogram (2.2 pounds) of chicken in Venezuela now costs around 4.2 million bolívares, while the country’s minimum wage stands at just 5.2 million bolívares a month, about $3 on the black market.