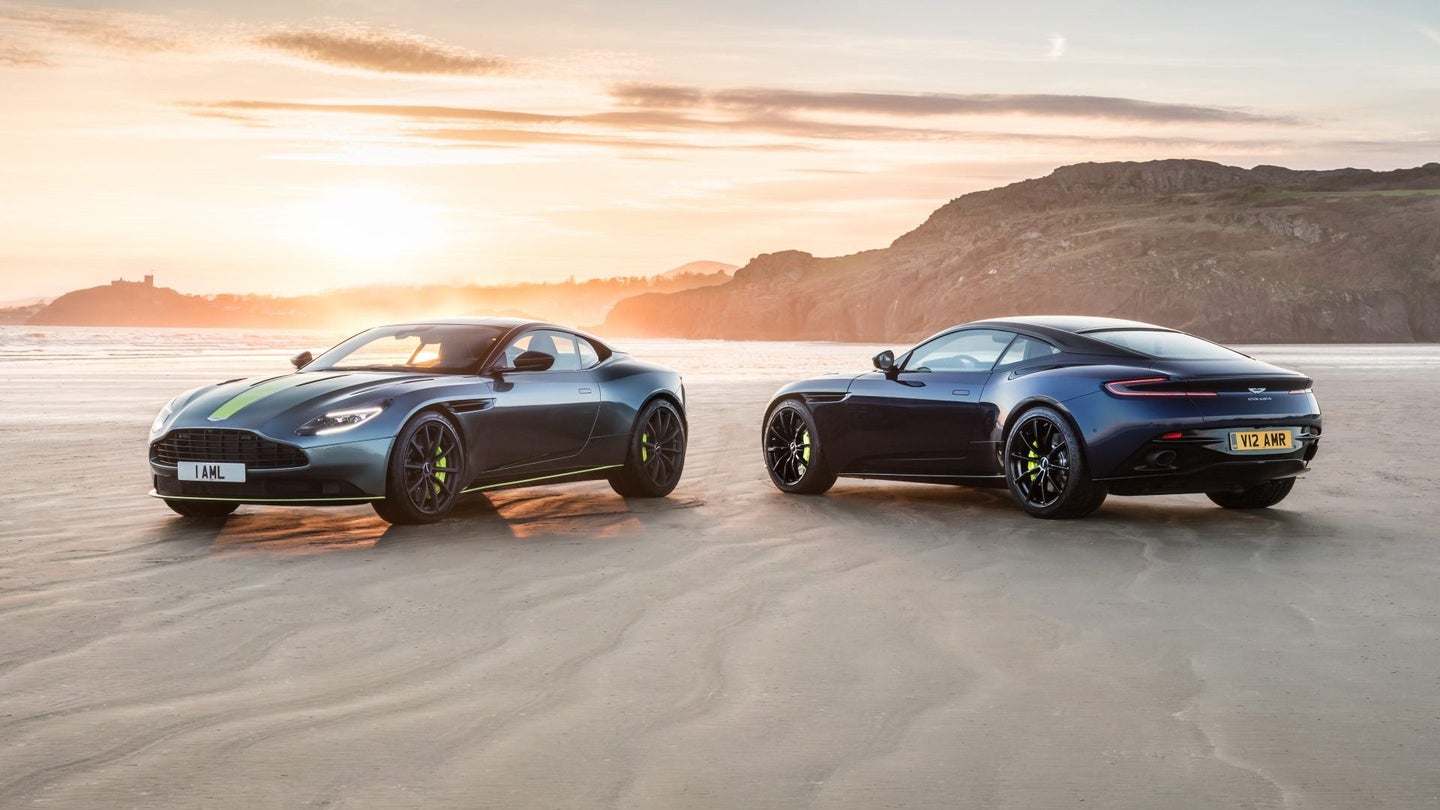 As part of Aston Martin's launch of its full-service Performance Center at Germany's infamous Nürburgring on Friday, the British carmaker at last graced its DB11 with the motorsport-derived AMR performance package.

With AMR the badge comes a host of expectations, established by its new compatriots Vantage, Vulcan, and Valkyrie, to which the DB11 must live up. To justify its place among these giants, the DB11 AMR gains horsepower, cuts weight, tightens up its handling, and dresses to kill.

In the DB11 AMR, Aston Martin's 5.2 liter twin-turbo V12 makes 30 more horsepower than it did in the original V12 powered DB11, for a total of 630. Its torque output of 516 pound-feet is the same, but the raised horsepower allows the DB11 AMR to scramble from standstill to 60 in 3.7 seconds, two-tenths quicker than its predecessor, and charge onward to a top speed of 208 mph, the highest of any Aston Martin in production today.

Courtesy of changes made to the stainless steel exhaust and transmission tuning, the DB11 AMR's engine note in Sport mode is sung louder than before.

For when the electronically actuated exhaust mode is set to something more modest, the DB11 AMR's dark accents assist with keeping it as stealthy as any 630 horsepower, key lime-accented, V12 GT car can be. Carbon fiber and matching dark grays adorn the car's exterior like piercings on a punk rock concertgoer, appearing on the hood, exhaust tips, and driveshaft, while lookalike colors appear on the 20-inch forged alloy wheels, badges, brake calipers, grille, headlight surrounds, and taillights.

Inside, carbon fiber is everywhere, like a rash (the good kind?) on the otherwise leather and alcantara-heavy upholstery. Upgrading to the AMR Signature Edition spreads the carbon fiber further, and adds Dark Knight leather to the interior, for those who would rather live life as Bruce Wayne than James Bond.

"We have only just made the announcement for the DB11 AMR, but we expect the 100 limited-edition AMR Signature Editions to be sold out very soon," stated David Adams, press officer of product communications for Aston Martin. 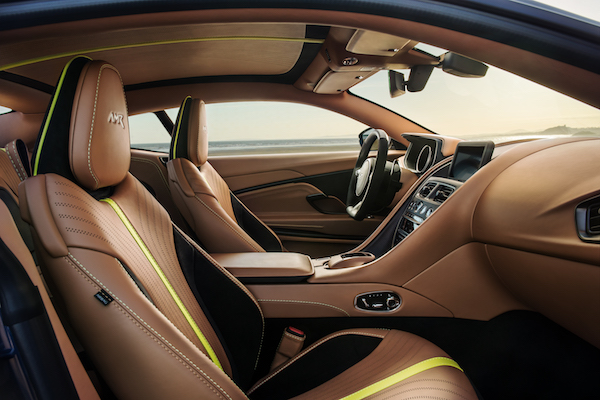 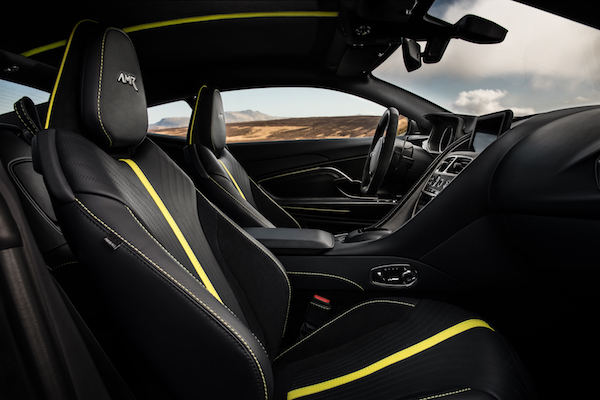 "By applying a suite of carefully considered performance and styling enhancements the DB11 AMR is both faster—[208 mph]—and more precise," stated Aston Martin CEO and President, Dr. Andy Palmer, in the DB11 AMR's press release. "It’s a combination that engages and cossets in equal measure to create a dynamic and seductive new flagship for the DB11 range, while consolidating the existing V12-powered DB11s as future collectibles."

Aston Martin confirmed to The Drive that the DB11 AMR supersedes the V12 DB11's position in the company's lineup. The automaker declined to comment on whether a DB11 AMR Pro is in development.

Also affirmed was that Aston Martin's sedan, the Rapide, would itself undergo the AMR transformation in the future.

The DB11 AMR remains one of the handful of grand touring stalwarts not to entirely give up V12's in favor of more economical V8's or smaller engines. The cost of entry for a Ferrari 812 Superfast or GTC4Lusso is around $60,000, beyond the price of admission into an Aston, and the Bentley Continental W-12 shares a price window and cylinder count, but not engine configuration. There is no guarantee that the returning BMW 8-series will utilize V12 power as it did in the past, so the herd will still be plenty thin by the time the predatory DB11 AMR arrives on the scene.