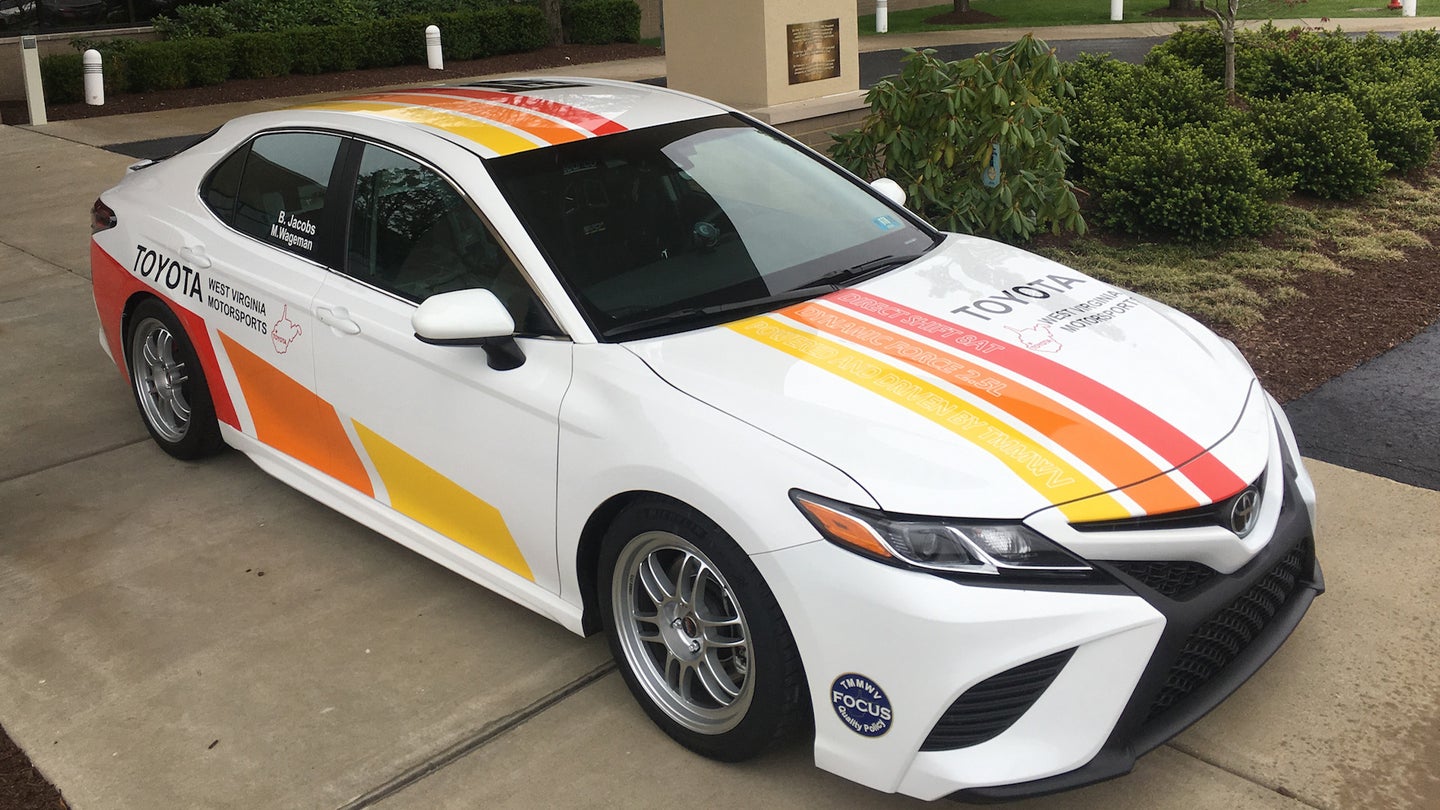 Toyota has decided to tackle head-on some of the criticism surrounding two of its best-selling vehicles, the Camry and Prius, by making them run the 3,400-mile Tire Rack One Lap of America road rally.

The One Lap of America kicks off Saturday at the Tire Rack headquarters in South Bend, Indiana, and it will test the endurance of drivers and machines as it forces its participants to push their stamina to the limit during racetrack and public road rally stages. The successor to the legendary Cannonball Run of the early '70s will see the participation of several supercars ranging from Ferraris to Lamborghinis, but it will also see three teams of engineers from different Toyota manufacturing plants get behind the wheel of their own creations, among others.

The lab-coat-wearing daredevils will pilot three 2018 Camry sedans, an XSE, SE, and a Hybrid model, during the week-long event. The statement released by Toyota also claims that a 2017 Prius will also take part in the event, but it doesn't explain to what extent or who will be driving it.

“We were doing track testing just a few days ago with the Camry Hybrid,” said Toyota Indiana engineer James Nichols. “It was met with humor by other drivers in the paddock, but, when we started passing cars on the track, the atmosphere changed. I think we’re going to surprise some people out there.”

One of the three teams is already a veteran of the audacious multi-state drive, making this 2018 edition their fourth year at the wheel of an understated Toyota vehicle.

The One Lap of America will take place from May 5 through May 12 and it will cover over 3,400 miles as well as visit seven race tracks located along the route, where drivers will earn points depending on their lap times. However, unlike other road rallies, this particular rulebook mandates participants to finish the entire journey (including track events) on one set of tires.

"Teams have to use only one set of tires and they can only carry one spare per wheel size. So, if a vehicle uses a staggered tire setup they get to carry two spares," Woody Rogers, Tire Rack Product Specialist and One Lap of America veteran told The Drive. "It's a diverse driving challenge."