Cars are lasting longer than ever—some more than others. 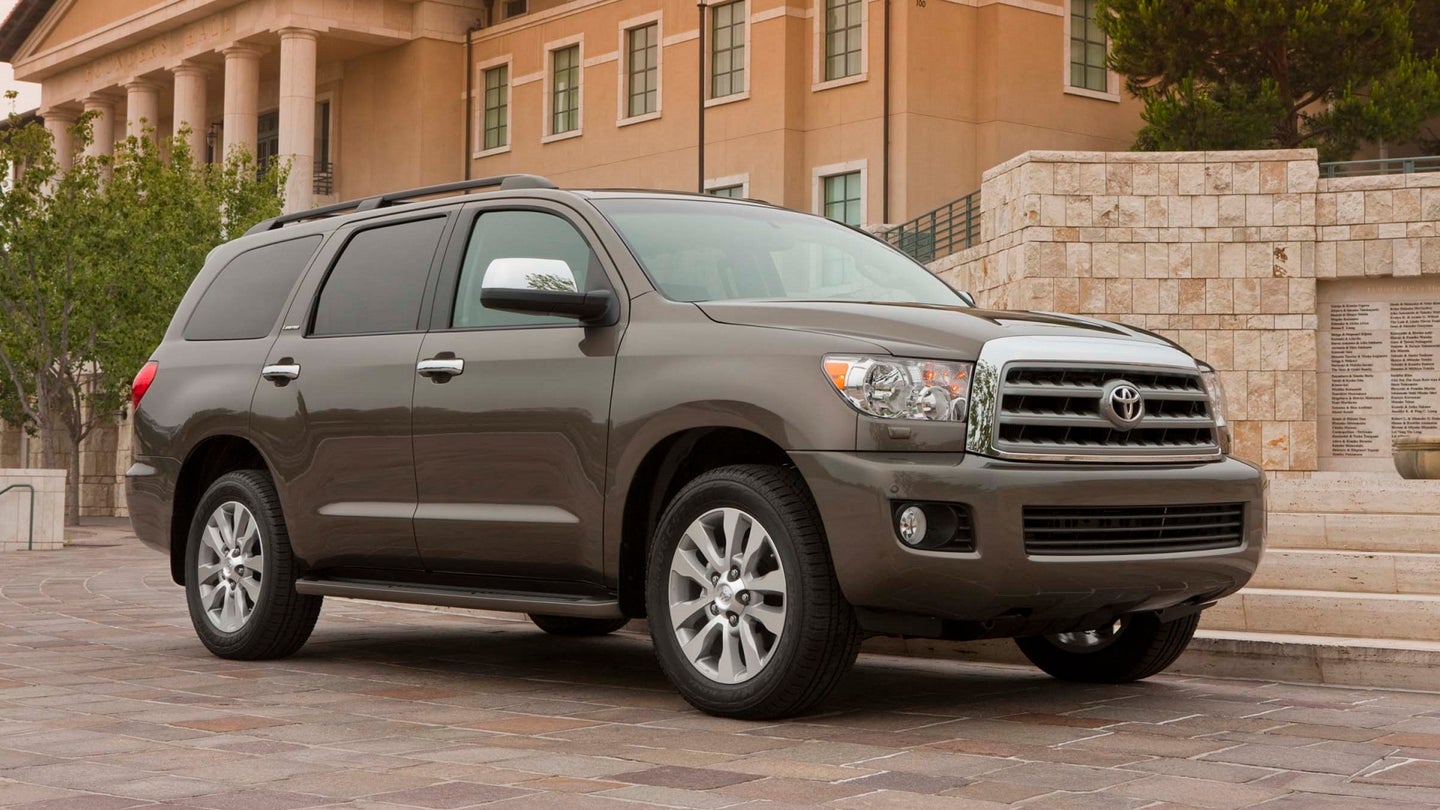 Some cars are more likely than others to achieve a high number of miles. There's always a fair bit of attrition, between crashes, rust, major repairs costing more than a high mileage car is worth, and other factors. The website iSeeCars.com provided study findings of an analysis of more than 13.5 million cars sold in 2017 that determined which models most commonly exceed the 200,000-mile mark.

It used to be unheard of for cars to make it beyond 100,000 miles. My mom's 1973 Ford Maverick, for example, literally fell apart at 40,000 miles. But cars have come a long way since then. My 2003 Volkswagen Jetta Ute project, for example, is currently sitting in the driveway with 243,256 miles and still going strong. That's farther than the average distance between the Earth and the Moon.

The overall winner in high-mileage achievement according to this study is the Toyota Sequoia, with 6.6 percent of them having more than 200,000 miles. The Sequoia is followed by the Ford Expedition at 5.4 percent and the Chevy Suburban at 5.2 percent. In fact, the top seven vehicles are all SUVs, five of which are built by American manufacturers. Clearly, Ford has come a long way since my mom's Maverick.

Rounding out the top ten are the Toyota Tacoma, the sole pickup at 2.6 percent; the Toyota Avalon, the sole sedan at 2.4 percent; and the Honda Odyssey, the sole minivan, also at 2.4 percent. All of these far exceed the average of 1.2 percent of all models exceeding 200,000 miles. Toyota, Honda, Ford, and General Motors brands dominate in longevity across all sub-categories, including trucks and cars. Cadillac rules the luxury vehicle category, with 1.3 percent of Escalades reaching more than 200,000 miles.

But when the mileage stretches to the 300,000-mile mark, the Toyota 4Runner is the champion, with 0.3 percent of all 4Runners making it this far. The Chevy Suburban, Toyota Sequoia, Ford Expedition, and Toyota Tacoma all tie for second place at 0.2 percent. Toyota's reputation for long-lasting vehicles is well deserved.