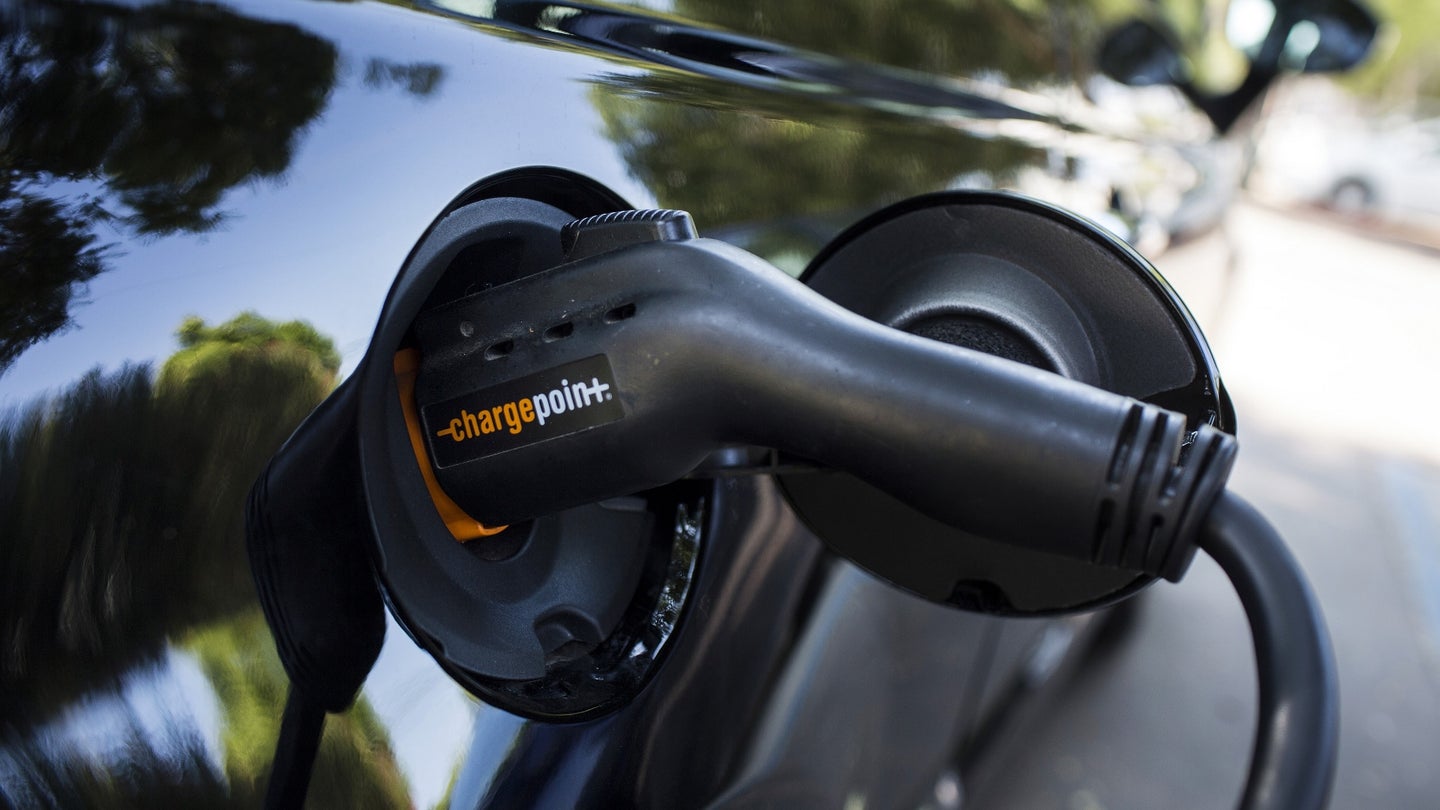 Electric cars don't produce any "tailpipe" emissions, but their overall environmental impact is still controversial. Charging an electric car from a power grid that uses fossil fuels to generate electricity still leads to carbon emissions, critics note. But a Union of Concerned Scientists study claims that, on average, driving an electric car is still better for the environment than sticking with gasoline.

UCS has been tracking carbon emissions from electric-car charging since 2009, and its latest update shows that electric cars are cleaner than ever. Power plant emissions still vary by region, but on average, driving an electric car in the United States today is the equivalent of driving a gasoline car that gets 80 mpg, according to the study. That's up from 73 mpg in 2017. The study used data from the U.S. Environmental Protection Agency and Argonne National Laboratory.

The 80 mpg figure is sales-weighted, meaning people who have already bought electric cars are actually achieving that reduced level of greenhouse-gas emissions. In addition, the study claims that 75 percent of Americans live in a region where driving an electric car is equivalent to driving a 50 mpg gasoline car. The difference is based on the mix of energy sources used to generate electricity. The more fossil fuels, the higher the emissions levels. UCS has an online calculator so you can compare estimated emissions based on where you live.

Burning gasoline will never get cleaner, but the overall carbon emissions of electric cars can be reduced by eliminating fossil fuels from the grid. UCS claims electric cars have already become significantly cleaner since it began monitoring emissions in 2009, and expects that process to continue. The study is based on power-plant data from 2016, the most current data with geographical details. UCS notes that 2017 estimates indicate a continued decline in coal and natural gas, and an increase in renewable energy.

Charge an electric car from a grid powered by renewable energy and the gap in emissions with a gasoline car becomes even wider. But while the electric cars currently on U.S. roads may be very clean, their numbers will need to grow substantially in order to have a chance of stopping climate change.