Here is a hybrid of a different sort. 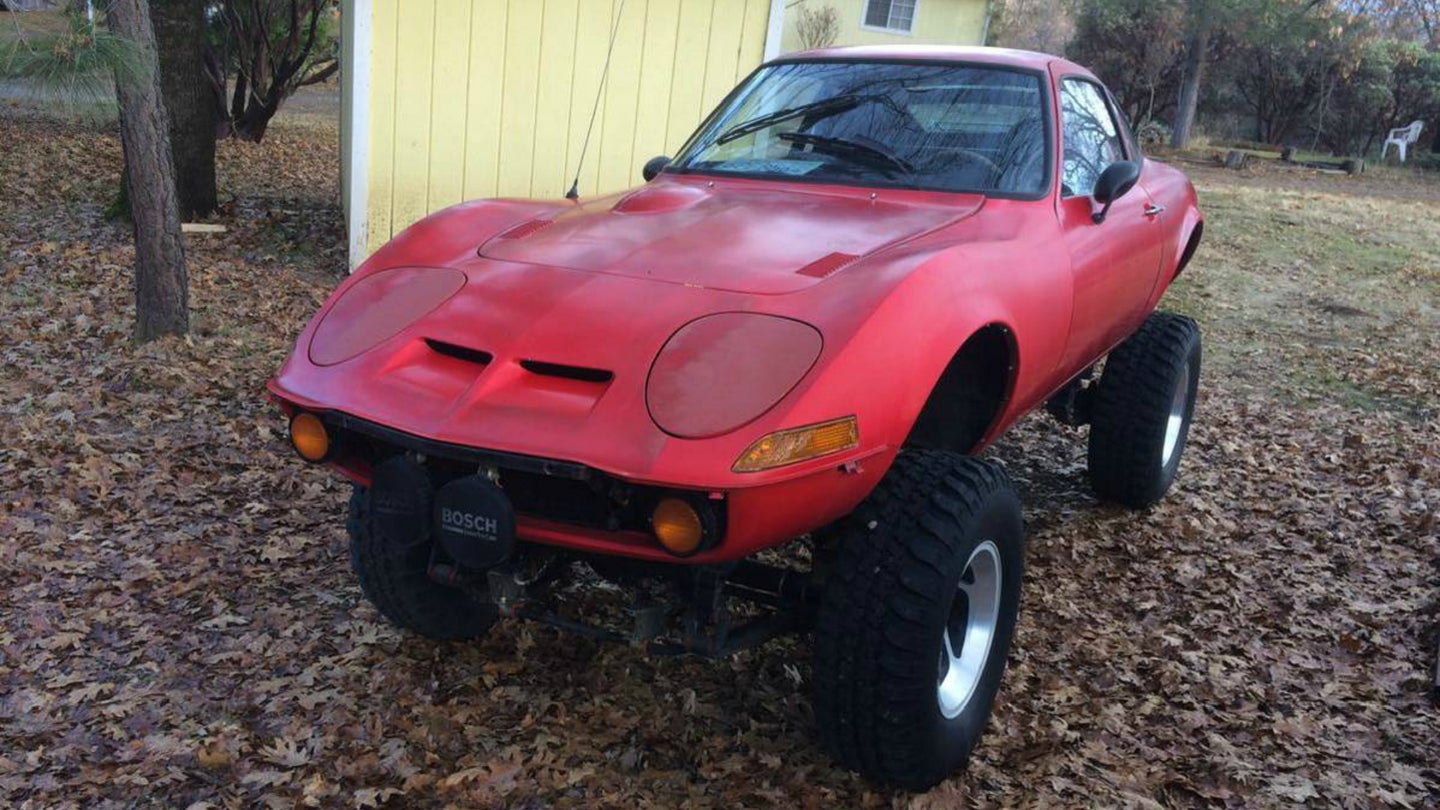 Some backyard builds are more unique than others. Shoving big Chevy V8s into small spaces is rather popular, for instance, and Suzuki's potent Hayabusa engine is no longer exclusive to motorcycles thanks to tinkerers. But mixing parts from two beloved old subcompacts is relatively rare.

Right now though, there's a 1973 Opel GT available on Craigslist that's been built on the frame of a Suzuki Samurai. The seller wants $3,000 for the non-driving, but largely complete hybrid.

This particular car was featured in Barn Finds, where commentary was mixed. Some readers thought it seemed fun and reasonably priced, while others lamented the ruin of two interesting vehicles. Writer Garr Larson criticized it as "unnatural" and pointed out that drivable stock GTs can be purchased for less than $5,000.

Though neither the Opel or Suzuki set sales records, each has loyal fans. Germany-based Opel sold a healthy 70,000 GTs in the U.S. through Buick dealers from 1968 to 1973. The car was remembered as efficient, well-built, and agile with Corvette-like styling on a small and light unitized body. The Suzuki was even smaller, barely 11 feet long, but packed a lot of personality between its tiny wheelbase, along with genuine off-road ability. The Japanese 4x4 had a decade-long run here from 1986 to 1995, during which more than 206,000 were sold, but finding nice ones is getting harder every year.

The combined (blended?) car retains its 1.9 liter Opel engine, which put out 102 horses when new. The Suzuki frame had to be stretched 16 inches to fit the GT's longer body. The interior is ratty, but all the major parts are present, including the lever to roll the headlights open.

Whether or not the GT-Samurai sells for $3,000 remains to be seen. It's been up on Craigslist in the Fresno, California area for more than a week already. But whatever the purchase price, any new owner is guaranteed an extremely unique ride, and conversation-starter.

Watch This Chevy LT5-Powered Opel Kadett Fly Up a Hill

This thing sure likes to climb hills.