Can Big Automakers Be Trusted With Big Data?

Autonomy will turn cars into rolling supercomputers. That’s a problem. 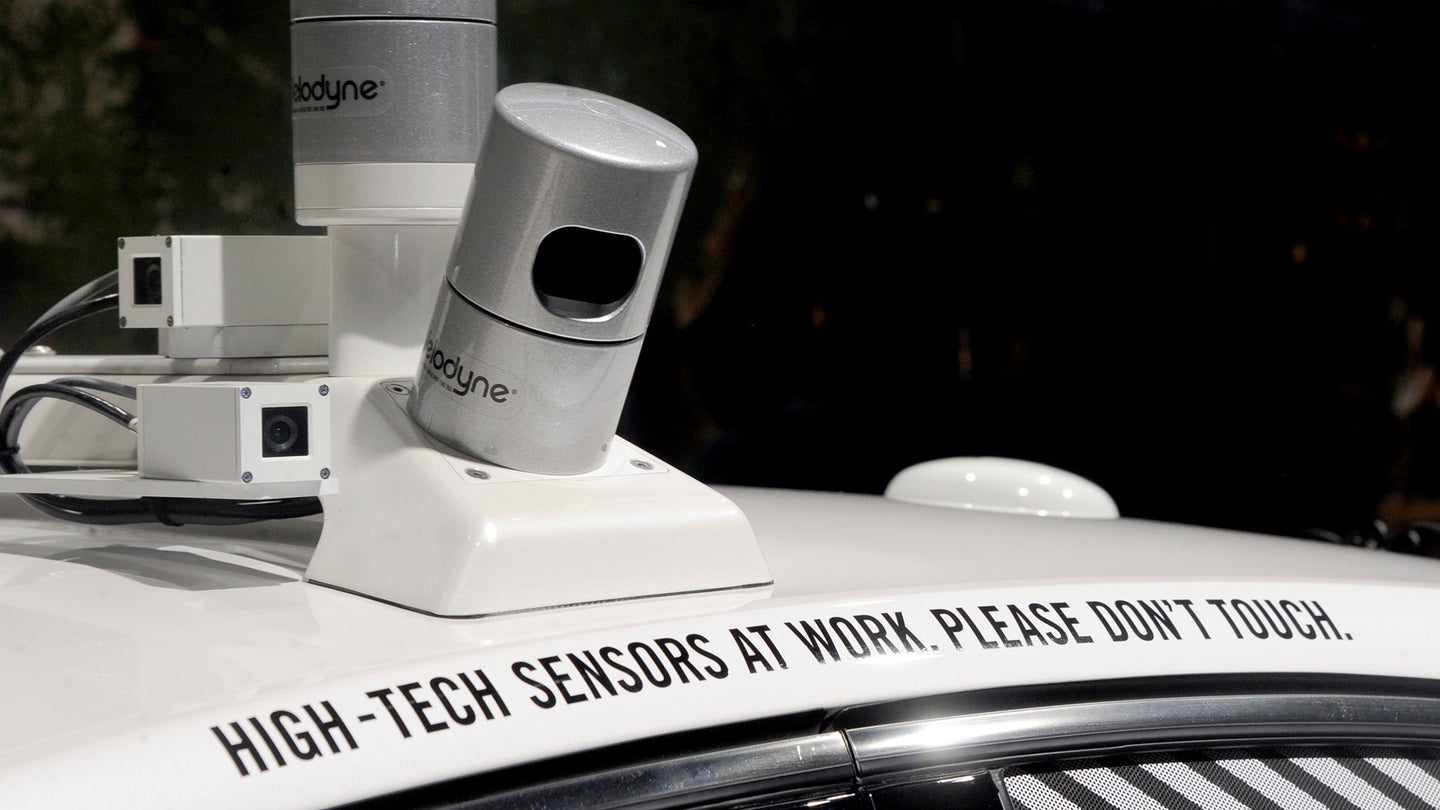 Cars are growing smarter with every passing year. They’re starting to observe their surroundings. They can identify and avoid obstacles, and even (kinda) drive themselves. They can take your temperature, scan your face for signs of fatigue, and study your behavior for signs of impairment. Soon, they’ll be gathering even more insights about you and your habits—everything from music preferences while driving to favorite routes to the number of times you stop to take a leak on a road trip. They’ll start talking to you, and analyzing what you say and how you say it. Eventually, it’s all likely to lead to precisely where we are now...with Facebook.

That’s right. The systems that are slowly coming together to act as our allies in the form of self-driving cars could, deep beneath their surface-level good aims, easily become our adversaries—in the form of corporate spies betraying us at every opportunity. For this, we can thank two core advances beyond basic autonomy: Computing power, and constant connectivity.

“It's not just that automated vehicles will be supercomputers,” said Bryant Walker Smith, a law professor at the University of South Carolina who studies the impact of autonomous technology on society. “They'll be mobile supercomputers powered by big batteries, fed by all kinds of capable sensors both inside and outside the vehicle, and connected back to huge companies with even greater collective computing resources.”

In fact, the age of the rolling supercomputer is essentially already here. When computing giant NVIDIA announced late last year it had developed the world’s first artificial intelligence computer designed for fully-autonomous driving, it unleashed a truly awesome bit of hardware on vehicles that, until now, generally had the most modest and perennially outdated processing systems imaginable. The new system, Pegasus, delivers over 320 trillion operations per second—10 times that of its predecessor—and is capable of running machine-learning, computer vision, and parallel computing algorithms en masse, with multiple levels of redundancy to ensure safety. And where previous automotive computers of this sort filled a vehicle's entire trunk, this one fits into a box the size of a small laptop.

That small package—and its eventual successors—will be tasked with ever-increasing responsibilities and capabilities. “The complexity of the information being generated by self-driving cars is staggering,” said NVIDIA director of automotive technology Danny Shapiro, in a conversation about the potential impact of the new system. “They’re generating so much information, and it all needs to be interpreted and used.”

Whether used for development purposes or in real-world applications, artificial intelligence inside the vehicular systems will process their environments connect with network centers to enable its own training and contribute to the broader system’s capabilities. They will be collecting data along the way, of course—to the tune of four terabytes per day, according to another computing giant, Intel. As the capabilities layer up, everything from facial recognition to driver behavior will be thrown into the mix. Some of it will be discarded—the temporary warnings about slippery road conditions, for instance—but much of it retained and used.

Supplementing this power—and offloading the data from the cars—will be the next generations of connectivity enhancements, most notably the rollout of 5G wireless Internet. Though the system won’t truly be widespread until at least 2020, South Korea demonstrated it for the first time on a broad scale during the Winter Olympics in February. While there myself, I had the chance—as did The Drive's deputy editor Josh Condon—to see it used in Hyundai’s new Nexo autonomous fuel-cell vehicle. The car tapped the new 5G network to receive traffic signal and congestion data from the municipality, allowing it to skate through intersections with precision timing.

That's the barest of hints as to what 5G will bring to automotive technology, though. We’ll also see enhanced artificial intelligence analysis, sensor data processing, 3D mapping, and generally-persistent, high-quality connectivity at the car’s disposal for whatever it needs.

“Think about all the supporting and derivative applications,” Smith said. “These sensor-heavy systems will be enormous data harvesters capable of understanding what's happening inside and outside the vehicle. With real 5G we could be looking at enhanced Google Street View in real time, and in many ways, these vehicles could become the shopping malls of this century.”

Here, of course, is where concern grows. Just as Facebook transitioned from a simple website where college students posted drunken pictures to a foundational pillar of modern life that allowed third parties with an infinite range of goals and intentions to snap up personal data, the data generated by future cars could go from simply helping drivers to helping various corporations with their amoral objectives—without the car's occupants even realizing it.

“There will be lots of new fascinating, helpful, and scary applications for these data,” Smith said. “These technologies will give incredible power to these companies by enhancing their abilities to identify individuals, to recognize or predict undesirable behaviors, and then to enforce norms privately by denying access to essential transportation services or publicly by notifying the police of potential crimes—if they choose to do so.”

With this dystopian vision in mind, Smith is developing a model-slash-theory for what a “trustworthy company” might look like. This model progresses from the physical risks associated with the use of autonomous cars—think the recent Uber fatality—to broader concerns about privacy and security. Even more broadly, the industry itself will also necessarily have to accept the fact that while cars are machines, humans are decidedly not—the social and psychological factors relating to how technology is used matter juast as much as the practical benefits it generates. In short, if these companies don’t want to get bitten the same way Facebook has in the past week, they need to respect their users as much as they do their own technology.