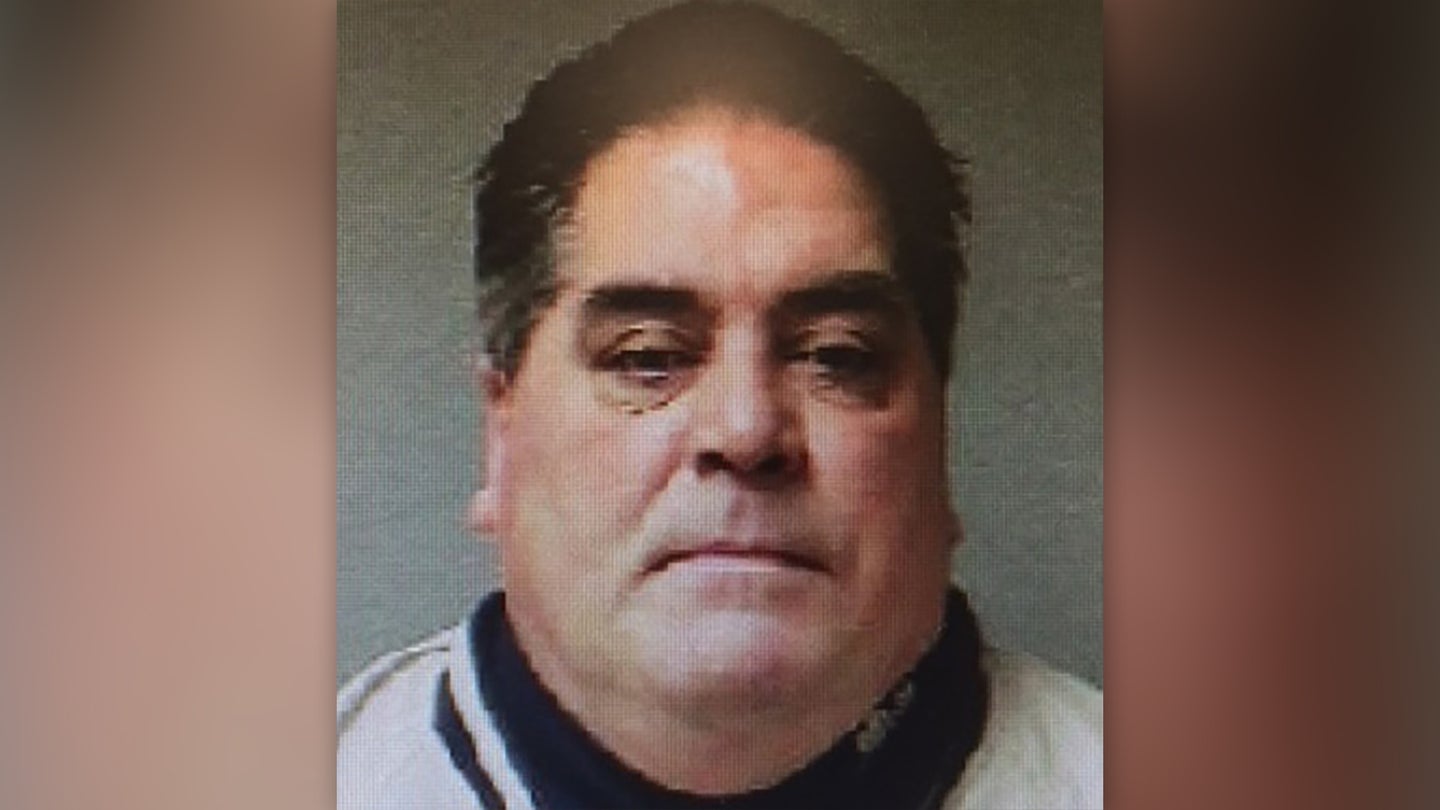 It's long been said that consistency is key, but that mantra for success doesn't really apply when we're talking about driving under the unfluence. Still, a Massachusetts man is facing his seventh DUI charge after crashing his classic Chevrolet Corvette into a power pole on Friday morning, MassLive.com reports.

According to the Chelmsford Police Department, 59-year-old Francis Harrison was driving his red 1980 Corvette at around 10 a.m. when he lost control of the car and smashed into a utility pole and a mailbox. An officer on patrol came upon the scene shortly after, writing in his arrest report that the 'Vette had suffered "heavy damage" and that it struck the pole with enough force to snap it at the base.

Harrison wasn't wearing a seatbelt and suffered minor injuries, but police soon realized he was also very, very drunk. He reportedly refused a blood test at the hospital, and he was later charged with his seventh count of driving under the influence, along with driving negligent as to endanger, speeding, and several other violations. The Massachusetts Registry of Motor Vehicles has since suspended Harrison's license.

Here's where we ask the obvious question: How was Harrison legally allowed to drive in the first place? Massachusetts state law only specifies penalties up to a fifth drunk driving charge, which is enough to send you to jail for two to five years and get your license pulled permanently. But somehow, Harrison was able to duck that supposed ultimate penalty as well as a sixth charge at some point before Friday's arrest. Something tells us the seventh time might be the charm.