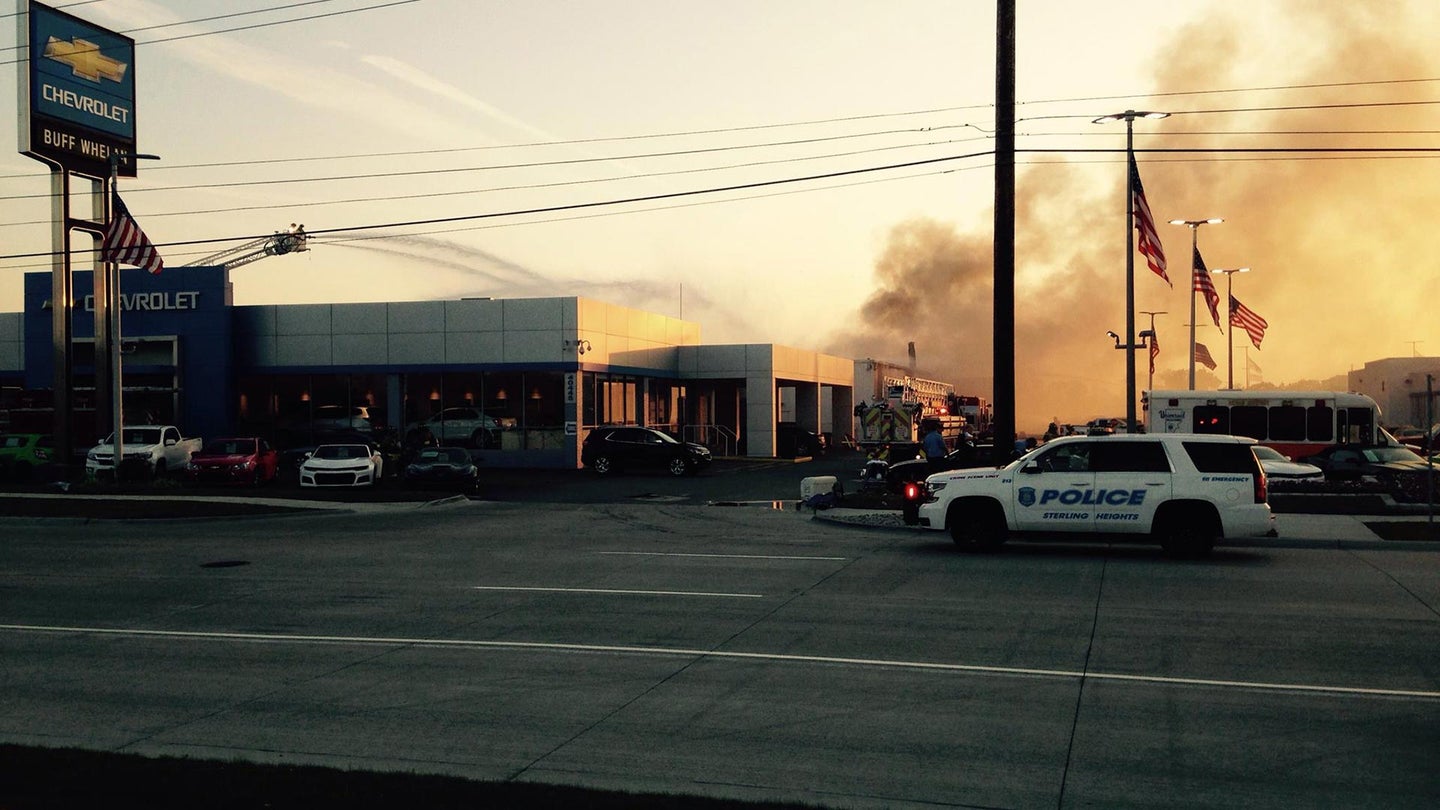 Buff Whelan Chevrolet took a heavy hit this Tuesday when a massive fire broke out in the service area of the dealership. According to Click On Detroit, the fire broke out around 7:30pm when a cleaning crew was buffing the floors. Apparently a buffer caught on fire when coming in contact with a flammable liquid.

The fire then quickly spread to the paint shop as well as an area where they store over 150 airbags. Between airbags, paints, fluids, and other service parts, the fire proved to be very hazardous to emergency personnel. When all was said and done, the fire had grown to four alarms and twelve different fire departments were called in mutual aid to assist.

The fire completely destroyed the service area as well as 20 to 30 cars housed inside at the time. There is no word whether other damages occurred to cars outside the building but it is safe to say the dealership has taken a hit. Fortunately, Buff Whelan is a very large dealership in Sterling Heights, Michigan and locals are confident this won't be the end.

The only comments Buff Whelan has made about the fire was a nice Facebook tribute to all the fire departments that assisted in bringing the stubborn fire under control. Their website also tells customers that all sales operations are currently running.

Security camera footage of the fire has emerged and it shows a janitor knocking over a drum of gasoline. The janitor then picks the drum back up, but allows a spreading puddle of gas to stay. Eventually, the janitor runs his floor cleaning machine over the puddle, causing a massive fire. The fire department is calling the janitor's actions careless but still and accident.