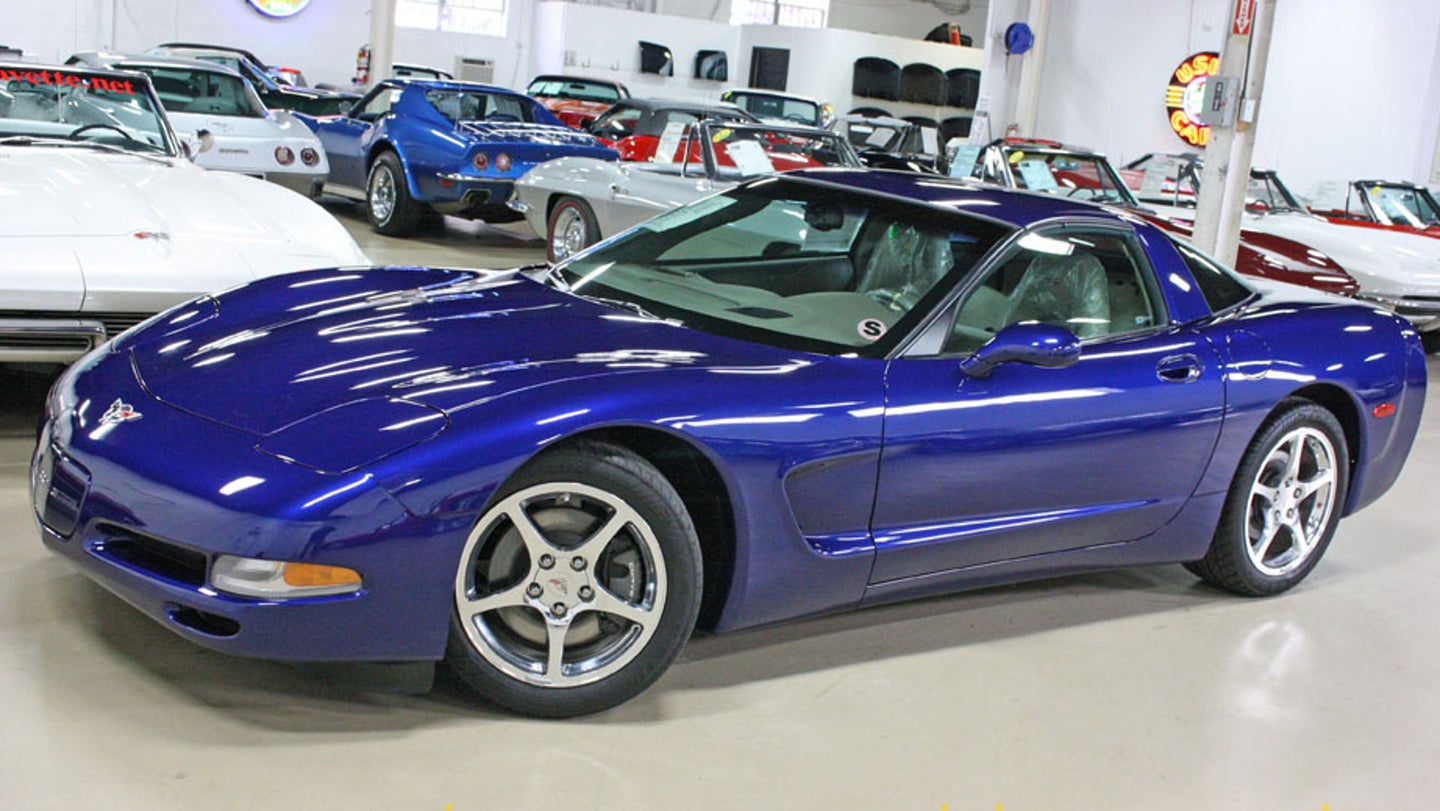 Before we dig into what it says about the world today that someone thinks they'll get away with slapping a $1 million price tag on an automatic 2004 Chevy Corvette—and let's face it, they just might—remember that the collector's market often charges seven figures for special one-off and production line bookend 'Vettes.

That said, take a look at this million-dollar Buyavette listing for what's reportedly the last C5 Corvette ever made and you tell us if thirteen years is enough time for the product of some of General Motors' best and worst tendencies to rise to the value of, say, a flawless 1969 C3 ZL1. Because honestly, there's probably a case to be made for both sides.

Let's start with the basics. It's a regular old 2004 Corvette coupe in all its composite-paneled, leaf-sprung glory, finished in a fetching shade of LeMans Blue and equipped with the standard 350-horsepower LS1 and [sigh] an automatic transmission. It does not appear that Dale Earnhardt Jr. owned or drove it at any time. Also, oof: the car may be described as a time capsule, but that interior is a sad reminder that some things are better left in the past.

Still, this is indeed the last C5 'Vette to roll off the assembly line at Bowling Green, with a build date of July 1, 2004 and only 28 miles driven since then. Cosmetically, mechanically, the whole thing is perfect. In fact, it's literally museum quality. The car is currently on loan to the National Corvette Museum in—you guessed it—Bowling Green, Kentucky. Circle of life and all that.

So where does that leave us, the poor people casting judgment on the idle purchases of the one percent? We'd have to say... thumbs down, for now. You'd have to really love Corvettes to not be able to find a better way to spend a million dollars.

But it's entirely possible this could become a seven-figure car one day in the not too distant future. The overall car collector market has gone bananas in the last couple decades, so don't be surprised when that rising tide eventually lifts a boat full of C5s. And given the paucity of interesting variations or special editions during its production, there could be a run on the last off the line.