Another horrific example of why driving impaired is stupid and dangerous. 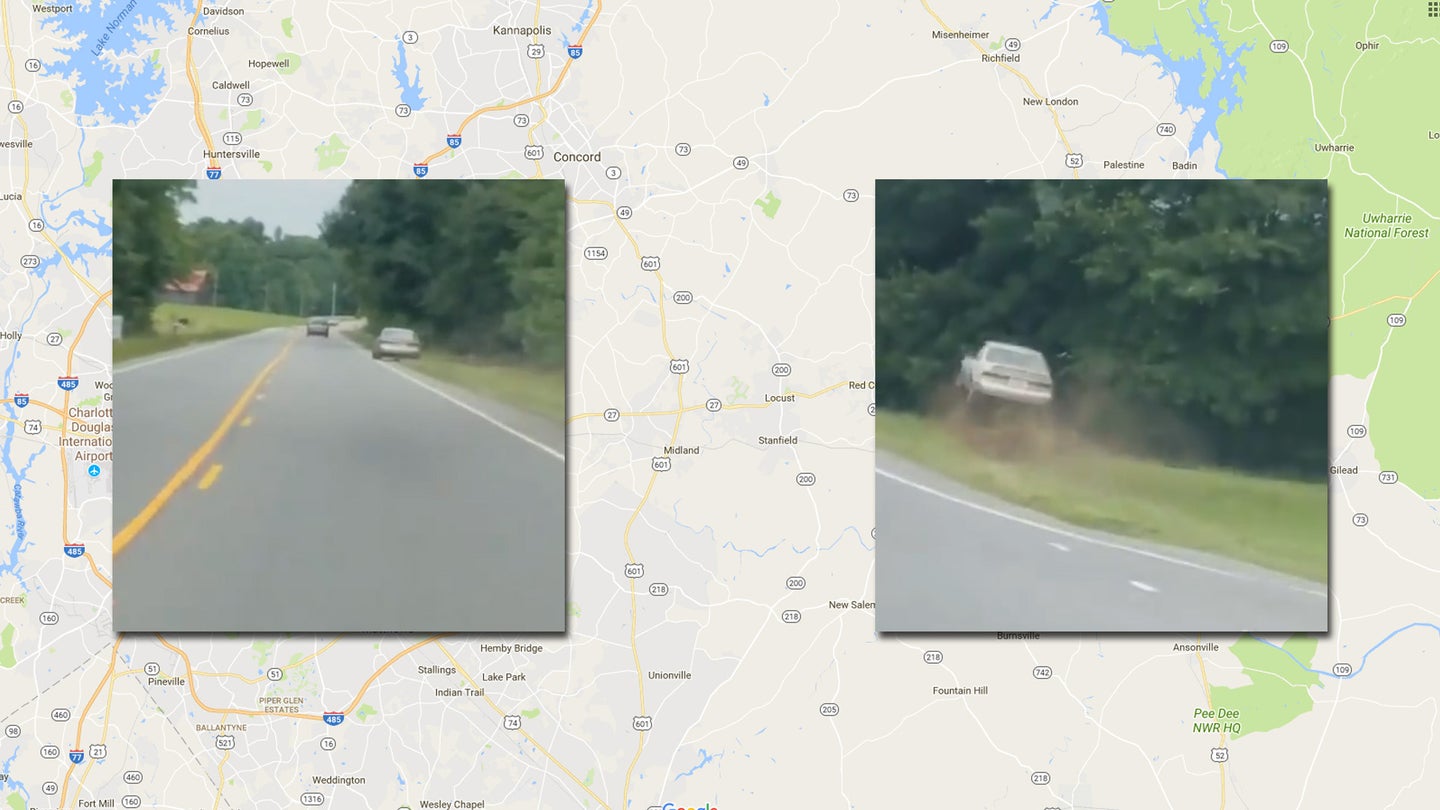 A North Carolina man is behind bars after state troopers allege that he took to the roads impaired, reports local news station WBTV. Video sent in by a viewer of the station shows the driver and his Toyota dangerously maneuvering the roads and missing other cars by only feet.  The filming car called police after noticing the dangerous driving, and then started recording the incident.

Within seconds of the video starting, the driver is already on the wrong side of the road and swerves into the grass to avoid three oncoming car, just missing a mailbox. He continues onward and barrels into a guard rail, cutting in front of a Jeep and truck to cross the center line again. Shortly after he misses another two vehicles while cutting the median, then crests a hill and finds himself in a patch of grass several times over the next tenth of a mile or so.

They're going to kill themselves or somebody else. They are all over the road,

Unfortunately the video doesn't end there - the driver makes it back onto the road, only to nearly hit another guard rail. He regains control, crests another hill, and crosses into oncoming traffic for the last time. The next sweeping turn proved to be too much for the impaired driver to handle, as he veers off of the road and ramps his car into a tree. Police reported that the highest mark of impact from the car was eighteen feet above ground. It appears that the driver was ejected from the vehicle it was allegedly not the driver, who crawled out of the mangled wreck minutes later. After the accident, filming immediately ended and the person behind the camera began to administer first aide.

Thankfully, the driver not only survived, but did not cause injury to any other parties while on the road. Police charged the man behind the wheel with Driving While Impaired and Reckless Driving, seemingly his first offense. You can watch the video leading up to the crash below.

This isn't the first time an impaired driver of an econobox has passed through our feeds, but it certainly was one of the more catastrophic results that ensued as a result of the careless behavior. Thankfully, all innocent bystanders were unharmed during the short three minute run that was filmed. It probably would have been safer if the driver lodged himself in fresh concrete to avoid cheating death.

Sometimes you go into work to save lives…and end up chasing pigs.

This Porsche was no match for the P100D’s Ludicrous mode.

Next time, think twice about cutting around traffic.