Thieves Steal Hearse, Leave Body on Side of Road

After not being able to find a ride home, the Texan stole the hearse and its occupant was left in a ditch. 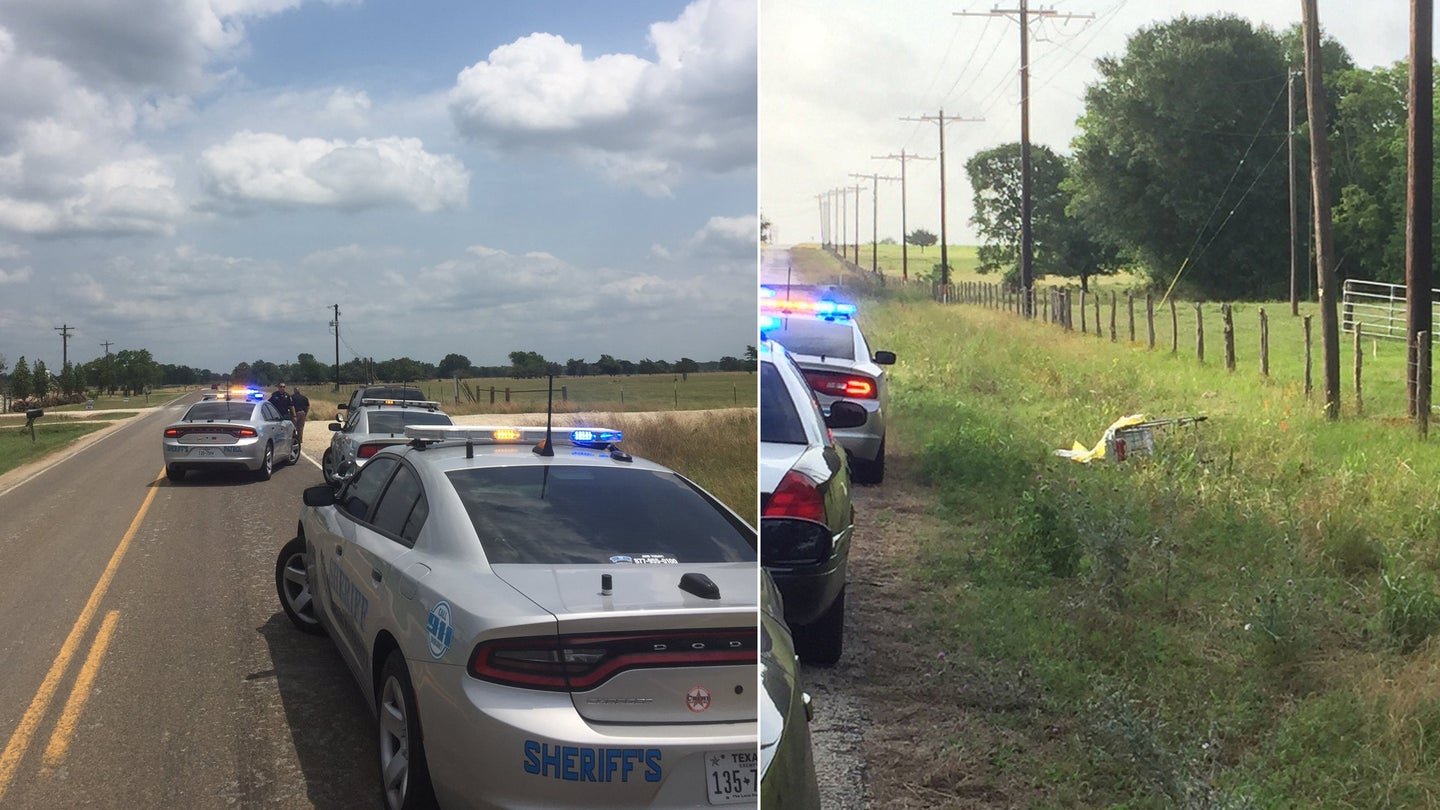 A pair of Texan thieves are in hot water after being found in the wrong vehicle. The early '90s GMC Suburban was occupied during the theft, but not in the way one might think. This particular vehicle was used to transport the deceased to a funeral home, and was currently on the job when the two thieves reportedly made haste with their plan to take off with the SUV.

Originally reported by Texas media station KBTX, the driver of the Suburban pulled into a convenience store to purchase a newspaper around 5:30 am last Friday, but left his keys inside the vehicle. At this time, the SUV-turned-hearse was transporting a deceased individual from one funeral home to another. The 75 mile trip was cut very short, as the vehicle didn't make it out of its originating town of Bryan, Texas. A surveillance camera from the store shows a woman boarding the hearse and driving away.

An hour and a half later, around 7:00 am, Brazos County police were alerted of a body that was discovered along the side of a rural road. Police arrived on scene to find the missing body from the hearse still affixed to a stretcher, which according to the police, sat overturned in a ditch. Chief Deputy W. James Stewart then tweeted a photo of the stretcher to show just how it was discarded.

A Brazos County Sheriff's deputy reportedly later spotted the missing hearse driving around the county just before noon and arrested two suspects. After taking the two occupants into custody, the alleged female driver of the vehicle stated that she borrowed the vehicle with permission after being unable to secure a ride home from patrons of a nearby McDonald's. KBTX reports that the female had no remorse about her crime or the disposal of the body, even going as far to state that she "didn't give a **** about dead people." The pair are charged with various offenses, including unauthorized use of a motor vehicle, as well as abuse of a corpse.

We've seen oddities before, but this seems like an episode of crime drama. It was said that the body of the deceased has made its way back to the originating funeral home and we can only speculate that the next delivery should go a bit more smoothly. Though the takeaway lesson from this case proves to be yet another example of why not to leave your keys in the car.

The one- and two-year-old Southern California children were missing from Thursday evening until early Friday morning.

There’s no reason your final ride can’t be eco-friendly.