Unfortunately, they do not come as a package deal and may be separated forever. 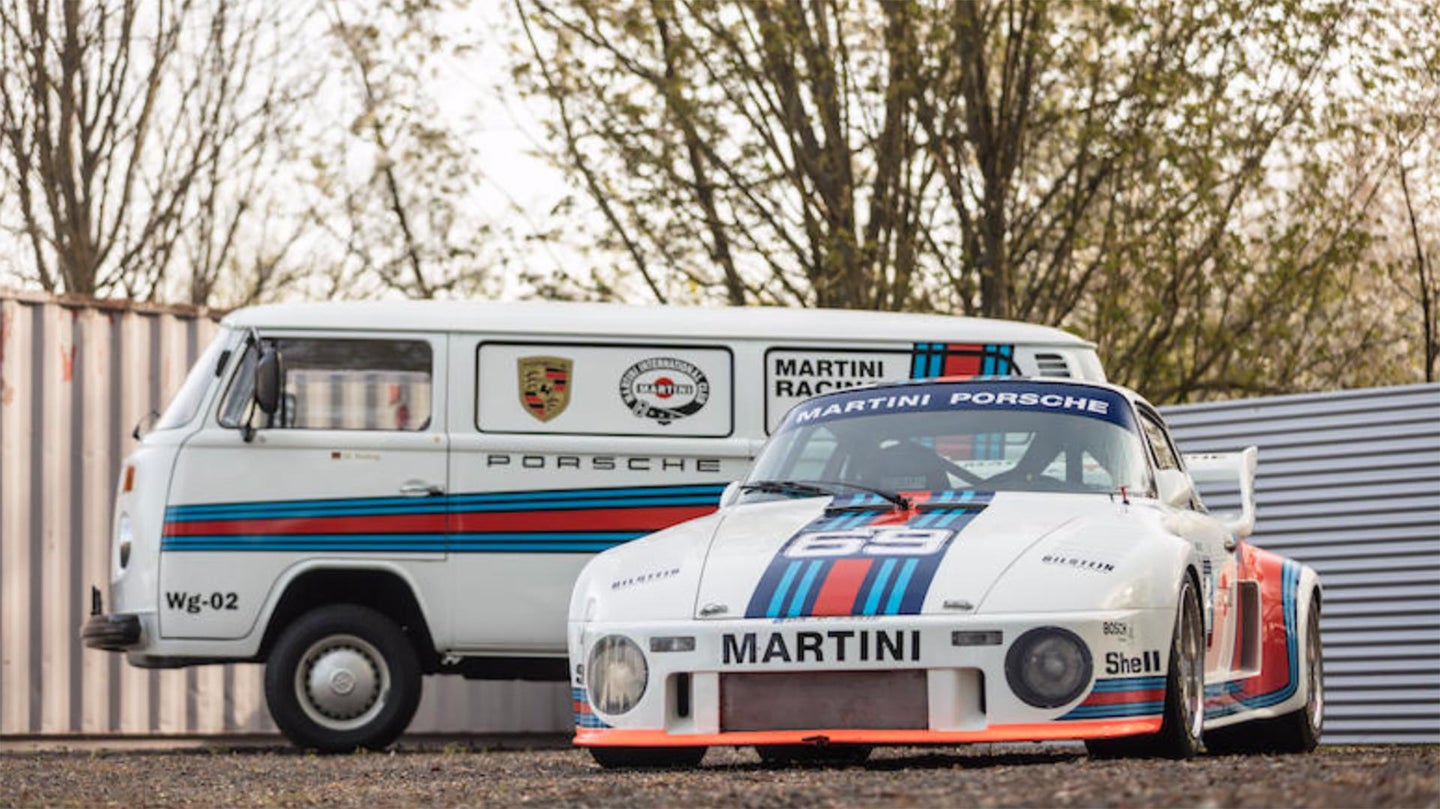 An extremely cool pair of Martini livery classics are going up for auction at Spa Francorchamps in Belgium this weekend. The first vehicle is a 1976 Porsche 934/5 Kremer Group 4 Competition Coupe and the second is a 1977 Volkswagen T2 Transporter. Both cars are unique and beautiful in their own right but apparently Bonhams in charge does not feel they need to be a package deal.

The Porsche and Volkswagen are expected to collect at least $500,000 combined this weekend, but The Drive team hopes this means $500,000 from one pocket. The 1976 Porsche 934/5 did not start life with Martini livery but did participate in three races in 1977 as well as several vintage race series over the recent years. The Volkswagen T2 Transporter also did not start life wearing Martini livery but that doesn't make it any less cool. The current owner decided to further transform the minibus into the perfect transporter with a sunroof, tow bar and even a 2.1-liter flat four-cylinder from a Porsche 914.

Please, do the car collector community a favor and bid on both of these wonderful cars so they can live the rest of their life in joyous harmony.