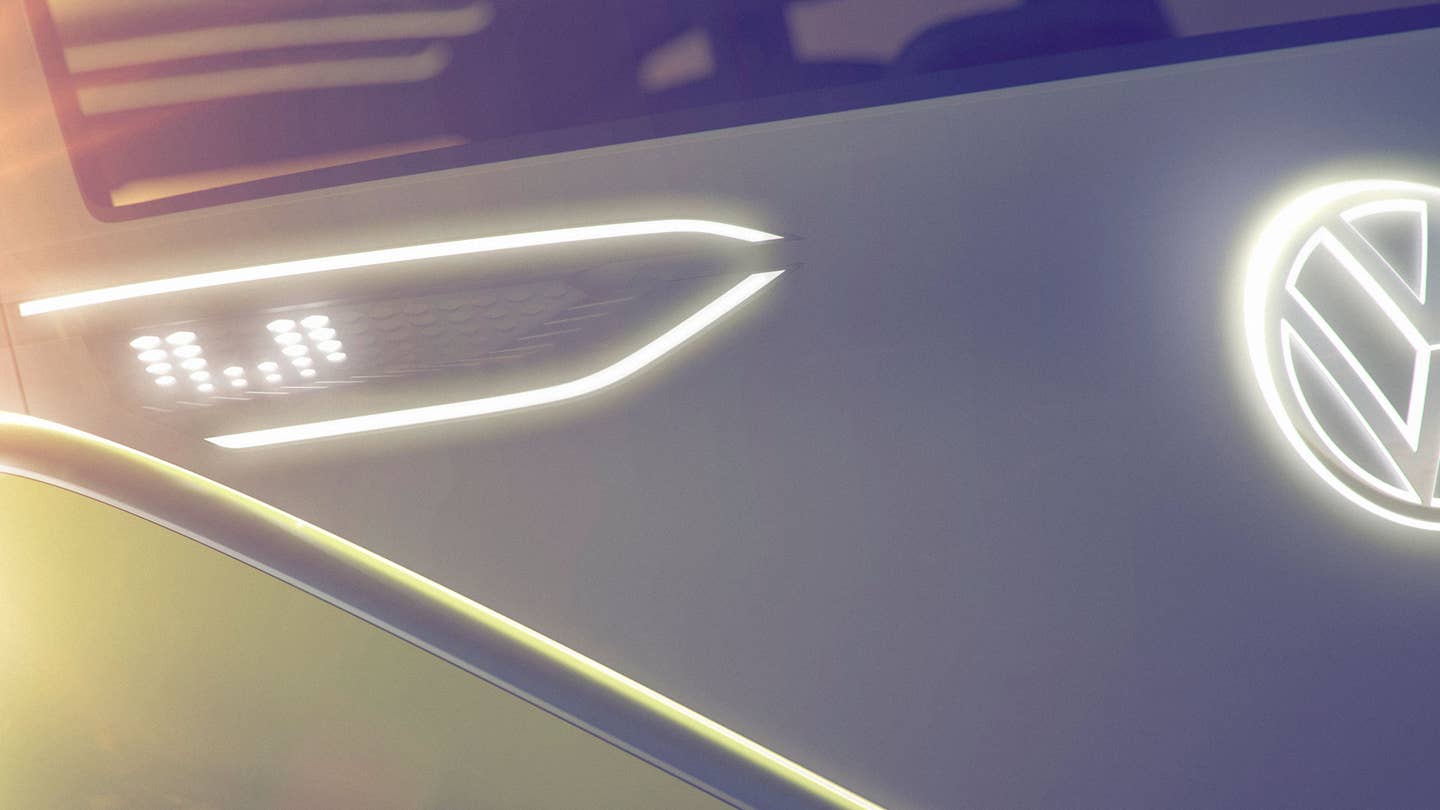 Phase two of Volkswagen’s autonomous electric future will kick off next month at the Detroit Auto Show, when the carmaker will reveal the second of its forward-looking vehicles: a battery-powered, all-wheel-drive van with a flat face and an adaptable interior.

In other words: The Microbus is back, baby.

Volkswagen announced the upcoming debut earlier today in a press release. As with sister brand Audi and its low-key declaration of the upcoming Q8 crossover coupe concept, VW kept its announcement short and sweet, releasing a few paragraphs and a single partial picture of the concept’s front. The new concept will be a member of Volkswagen’s I.D. family, based on the same highly flexible electric MEB platform as the I.D. hatchback revealed at the Paris Motor Show in September and the BUDD-E concept from CES 2016. The press release promises “a long electric driving range;” considering the I.D. hatchback could go 300 miles on a charge, we assume the larger van will be able to at least match that. Unlike that car, however, the MEB van will have two electric motors, giving it all-wheel-drive—which would be a significant step up on the old Type 2. It will also be able to drive itself with a simple press of the VW logo on the steering wheel, which seems like a brilliant idea until you wonder how many drivers might accidentally turn on autonomous driving when they mean to honk at a pedestrian.

The most interesting thing about VW’s new minibus, however, might be the details the carmaker barely touched on. The new van will have “a multi-functional, flexible interior,” complete with “ample space for travel.” There are plenty of ways to take that...but the wandering adventurer in us is really, really hoping that means Volkswagen is planning on revealing a 21st Century Camper. Guess we’ll find out next month.