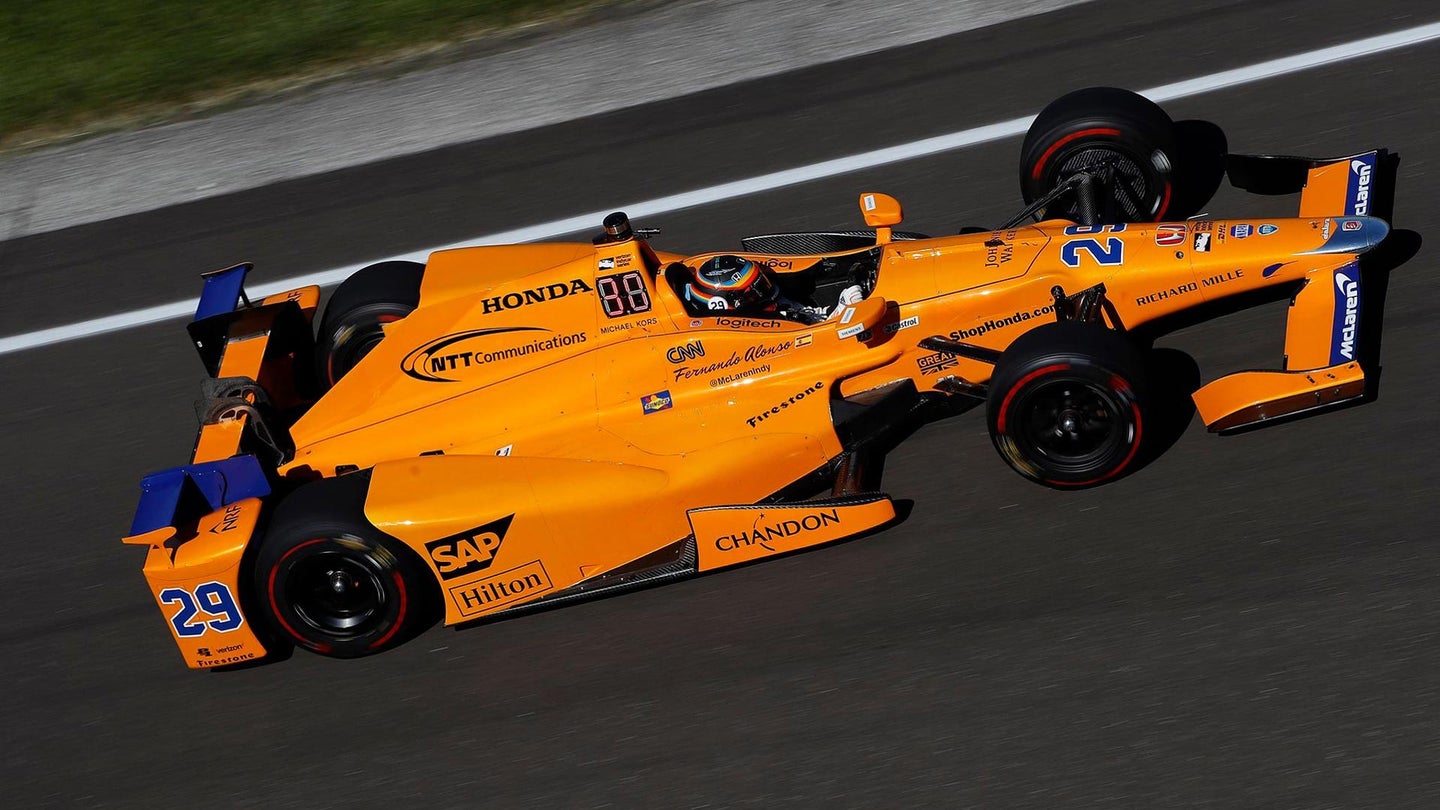 There has been a lot of excitement in the race community around Fernando Alonso's upcoming IndyCar debut at the 101st Indianapolis 500 on Memorial Day Weekend. The famous Spanish Formula 1 driver is dabbling in IndyCar after spending a whole career behind the wheel of a Formula 1 car.

Although both race cars have similar designs, they are very different. Alonso expressed his concerns about his progress on the track in a recent interview with Motorsport.com

"I fell happy, but definitely not comfortable," when questioned about how he feels behind the wheel.

Alonso's first appearance behind the wheel of a IndyCar was on May 3rd at Indianapolis where he completed 110 laps before the day was over. He has since participated in two other practices days at Indy, one with traffic on the track. Totaling 292 laps around Indy, Alonso is starting to get a feel for the car and is slowly able to notice adjustments but he still has a ways to go.

Alonso mentioned the setup of the car and the general behaviors of a car that is tuned primarily to turn left is an adjustment but his team prepped him beforehand and he is working to get comfortable. It will be very interesting to see how he performs over the next week in preparation for the race. Whatever happens, the legendary F1 driver made clear he will be ready when he said, "There's plenty of time, plenty of running. I am not ready yet, but I think I will be for qualifying and the race."