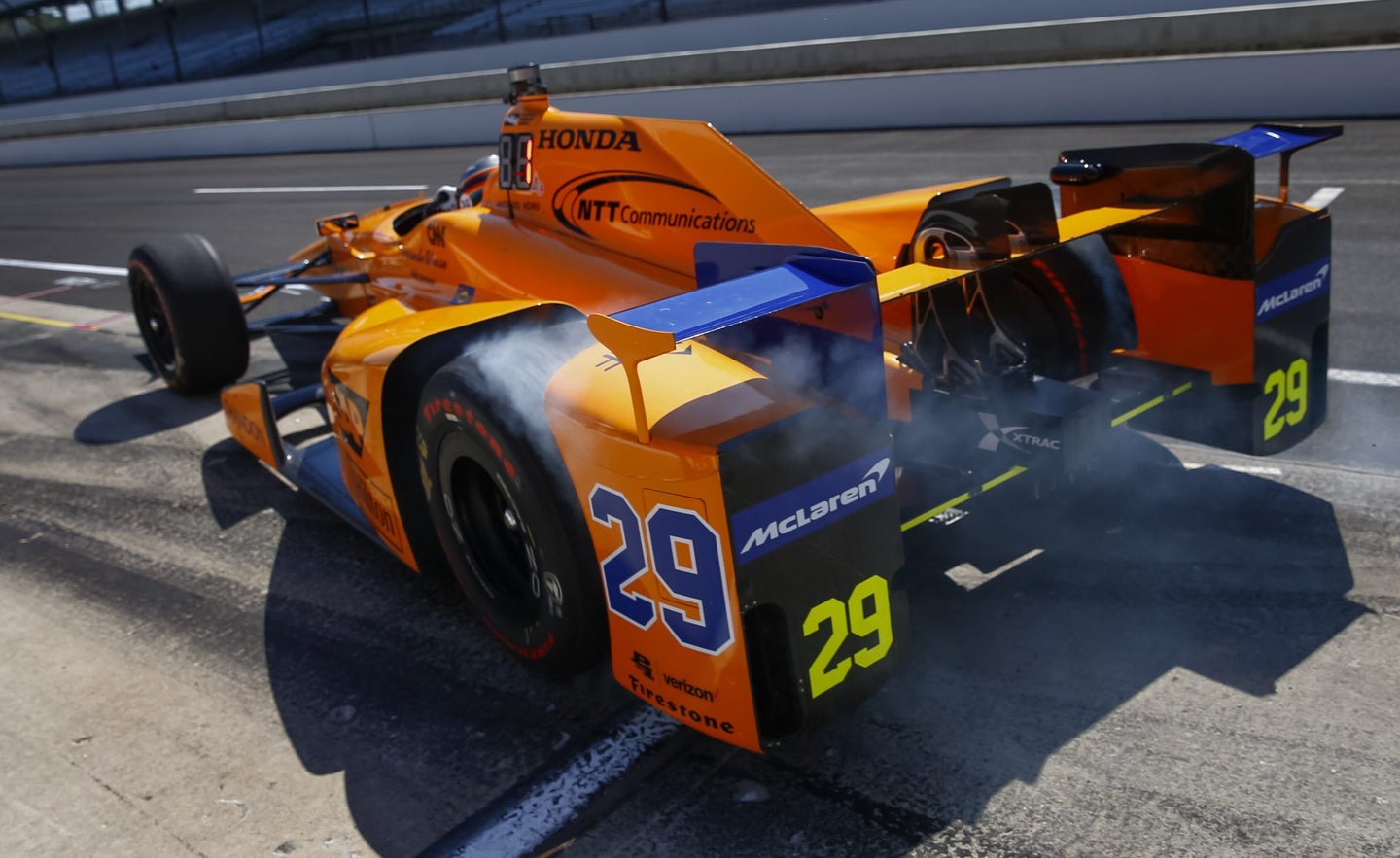 It was a blustery day at the Indianapolis Motor Speedway. The wind kept the number of laps and their times down on Wednesday. On Tuesday, a total of 2.404 laps were turned by all the drivers, with Alonso accounting for 117 of those. On Wednesday, the field covered only a total of 408 laps.

Ed Carpenter set the pace with a top average speed of 222.894 mph, going around the 2.5 mile oval in 0:40:3779. Alonso's best around the track was an average 219.533 mph with a time of 0:40:9961. Considering the windy conditions, that's not too shabby. Only series heavyweights Carpenter, Scott Dixon, and JR Hildebrand were able to run faster.

Prior to Wednesday's practice, Alonso said he still wasn't comfortable in the car. He's been happy with his progress, but knows he still has work to do.

Being able to run comparatively quick while experiencing such high winds for the first time on an oval is a good sign that Alonso's comfort level is increasing. Thursday's forecast still calls for high winds, but the worst should be over shortly after practice gets under way.

Given that Alonso broke the 223 mph mark on Monday, when teammate, Marco Andretti was able top 226 mph, there is still speed to found in Alonso's car. We don't know exactly what fuel loads, or how trimmed his car is. It's safe to say that Andretti Autosport is waiting for Alonso to tell them he's ready before they truly set the car up for top speed.

Only time will tell, and there are only two full practice days left before qualifying starts on Saturday.

Practice continues Thursday, starting at 12pm ET and can be live-streamed here.