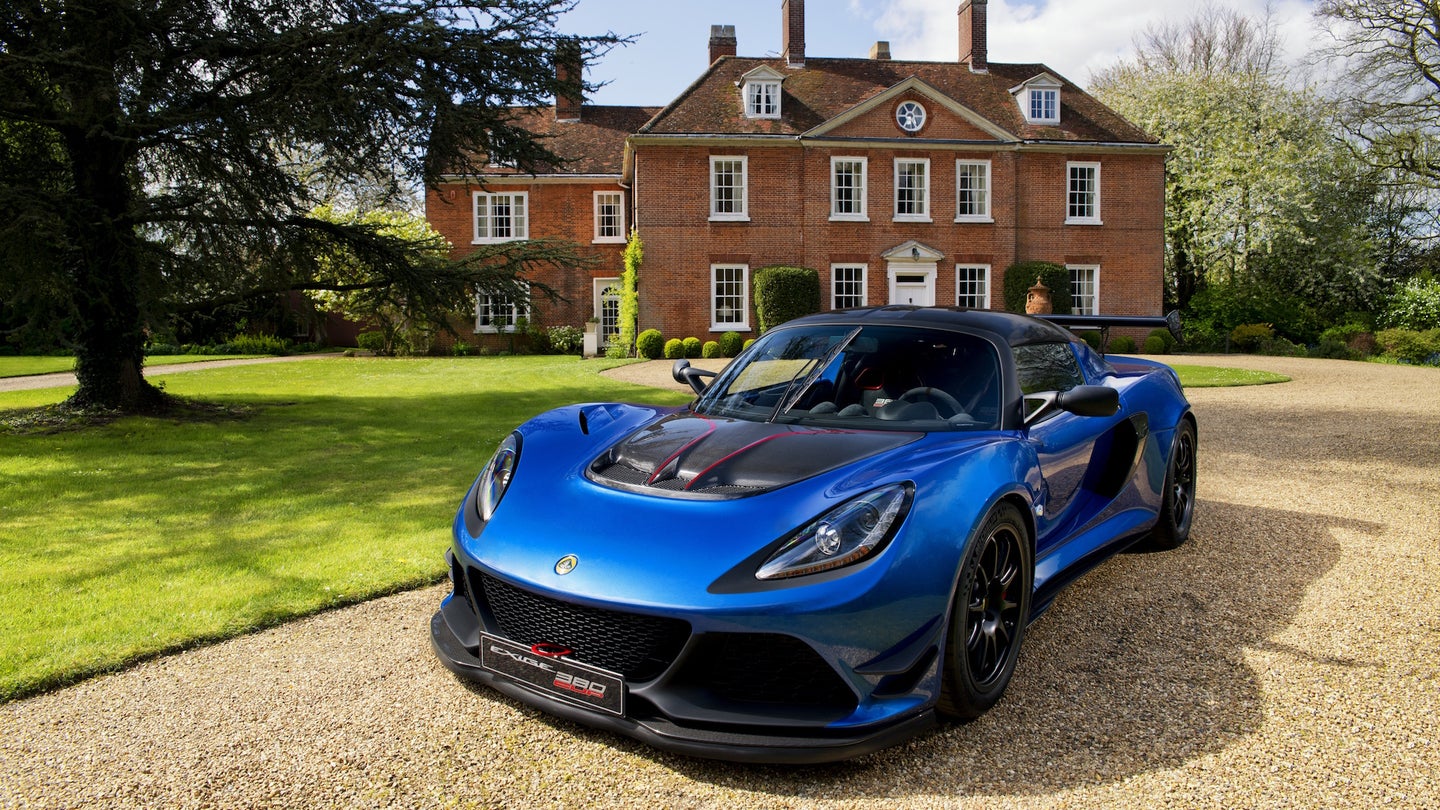 The Exige Cup 380, announced in a press release Thursday, is a limited-production sports car that comes in even lighter than the 2,447-pound Exige Sport 380 announced in November 2016.

“Developing the Cup 380 has allowed us to indulge our motorsport ambitions on a car that can be used and enjoyed every single day," said Lotus CEO Jean-Marc Gales in a press release. "This is an Exige that’s not just unbeatable point-to-point but also capable of winning highly competitive races... Unlike some rivals’ cars, this is something that really can drive to a track, set the fastest lap and take the win, before heading home. It’s supremely usable, yet outrageously fast.”

As per usual, the Exige is powered by a supercharged 3.5-liter V6 engine that puts out 375 horsepower that is connected to an open-gate six-speed manual transmission.. There are Nitron adjustable dampers and Eibach adjustable anti-roll bars that help keep this thing together and handleable while being shuffled around a race track. To make it stop, the Cup 380 is equipped with AP Racing four-piston brake calipers. The car can be optioned with an FIA-spec roll cage, an electronic cut-off, a fire extinguisher, and a non-airbag steering wheel if the buyer pleases. A T45 steel roll-over bar is fitted as standard.