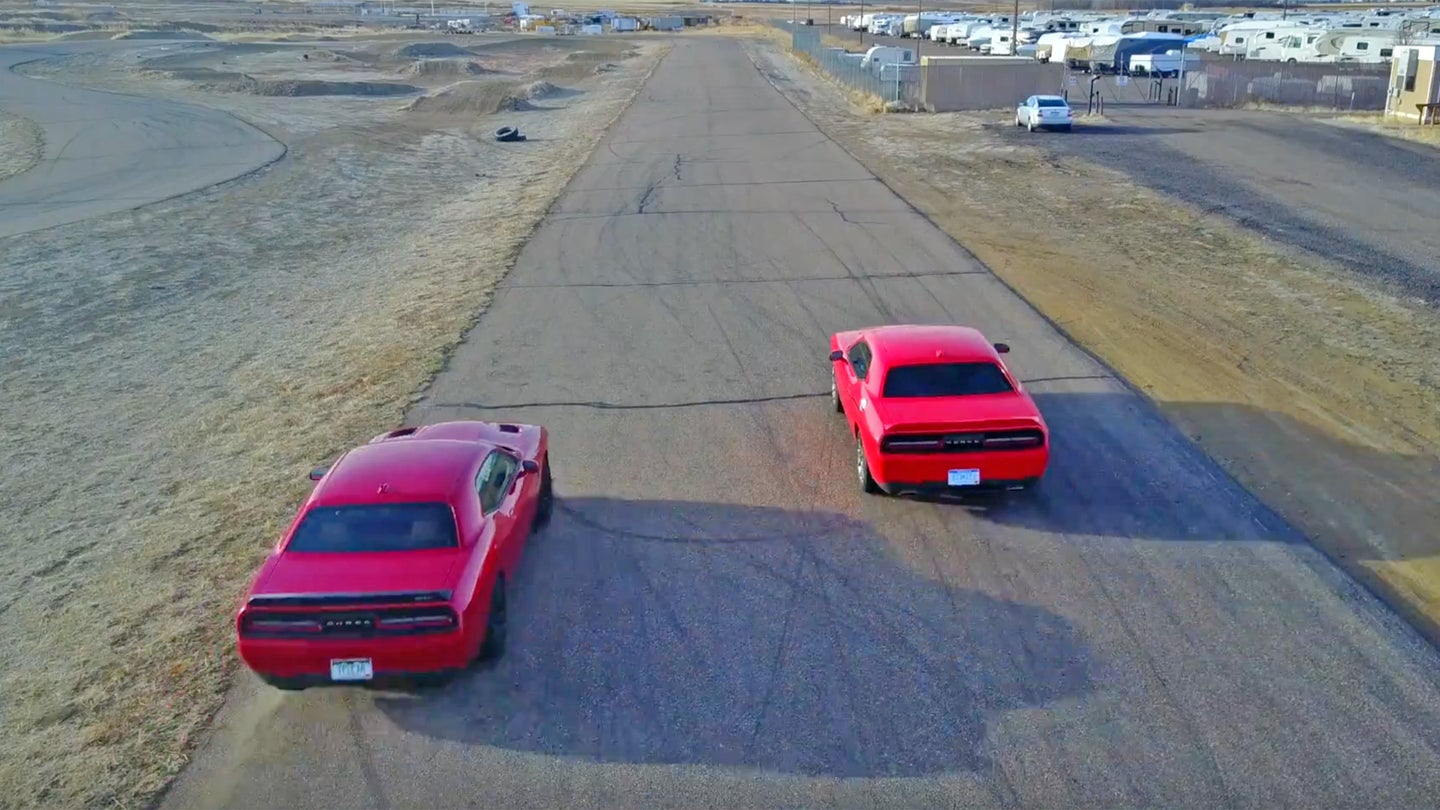 Spring may be just a week away, but much of the United States still has winter on the brain—in no small part thanks to the winter storm clobbering much of the Northeast right now. (If you haven't watched our Facebook Live tour of the snow-bound New York City in the 2017 Lincoln Continental Black Label, you can check it out here.)

Blasting through the wintry mix has us—along with many others, presumably—taking a moment to appreciate the value of all-wheel-drive. Which, in turn, has us thinking about Dodge's new Challenger GT, the first OEM muscle car to send its power to all four wheels.

Unfortunately for drag racing Mopar fanatics with daydreams of housing Porsche 911 Turbos at the strip with an AWD Hemi, however, the Challenger GT only offers one engine: the 3.6-liter, 305-horsepower naturally aspirated V6 found in the base Challenger and Charger. Considering the car weighs in at more than two tons, the Chally GT's power-to-weight ratio is one of the least exciting things about it.

So stacking it up against a 707-horsepower Dodge Challenger Hellcat in a straight-line acceleration match, as The Fast Lane Car recently did for a YouTube video, kiiiiinda seems like pitting a sloth against a cheetah. To even the odds, then, the team gave the Hellcat a couple of handicaps: the car would use the red valet key, which limits the supercharged V8 to "just" 500 hp, and the V8 wouldn't be able to use its launch control.

And yet, in spite of that...well, let's just say the entertainment isn't in who wins, but just how quickly the Hellcat blows away its lesser brother.