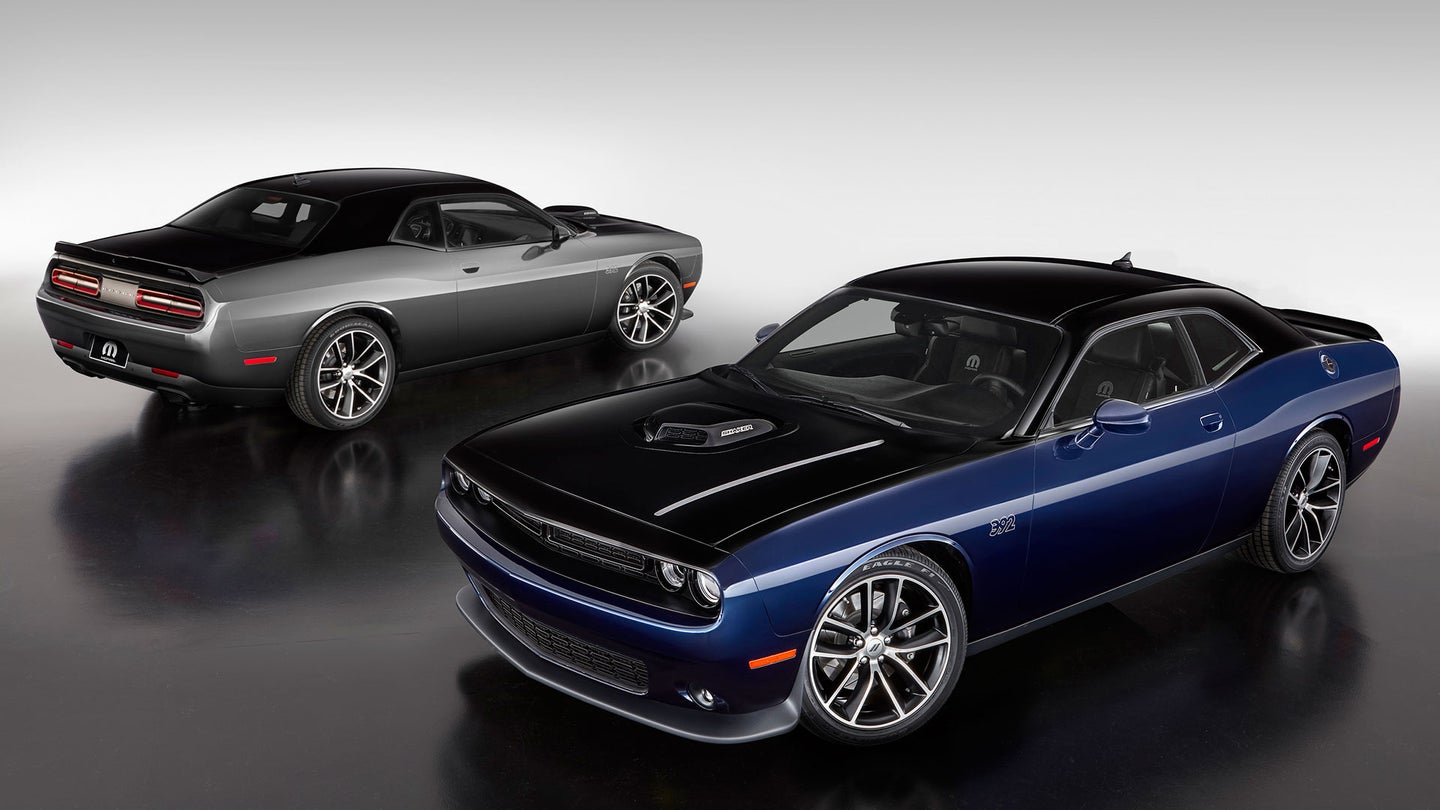 The limited-edition model, based off the Challenger 392 Scat Pack Shaker, was whipped up in honor of Mopar's 80th anniversary this year, and comes in a choice of black-over-blue or black-over-silver. Either way, the Shaker hood and tail spoiler come painted to match the black parts of the car. The car uses the Hellcat's headlamp air intake, which feeds atmosphere to a Mopar cold air intake; despite this, Mopar doesn't claim any power boost for the 6.4-liter Hemi V8. (Then again, 485 horsepower and 475 pound-feet of torque isn't really worth complaining about.) The tailpipes are pulled from the Hellcat, too. And, of course, there are Mopar badges pretty much everywhere you look, inside and out.

If these two-tone Mopar Challengers seem like your cup of tea, you'd better be prepared to work for one. Only 80 of each paint job will be made, with a starting price of $56,885—about $12,000 more than the identically-performing 392 Scat Pack Shaker you can buy today.

On the other hand, the 2017 Mopar Challengers come with a certificate stating their exact date of birth. So there's that.