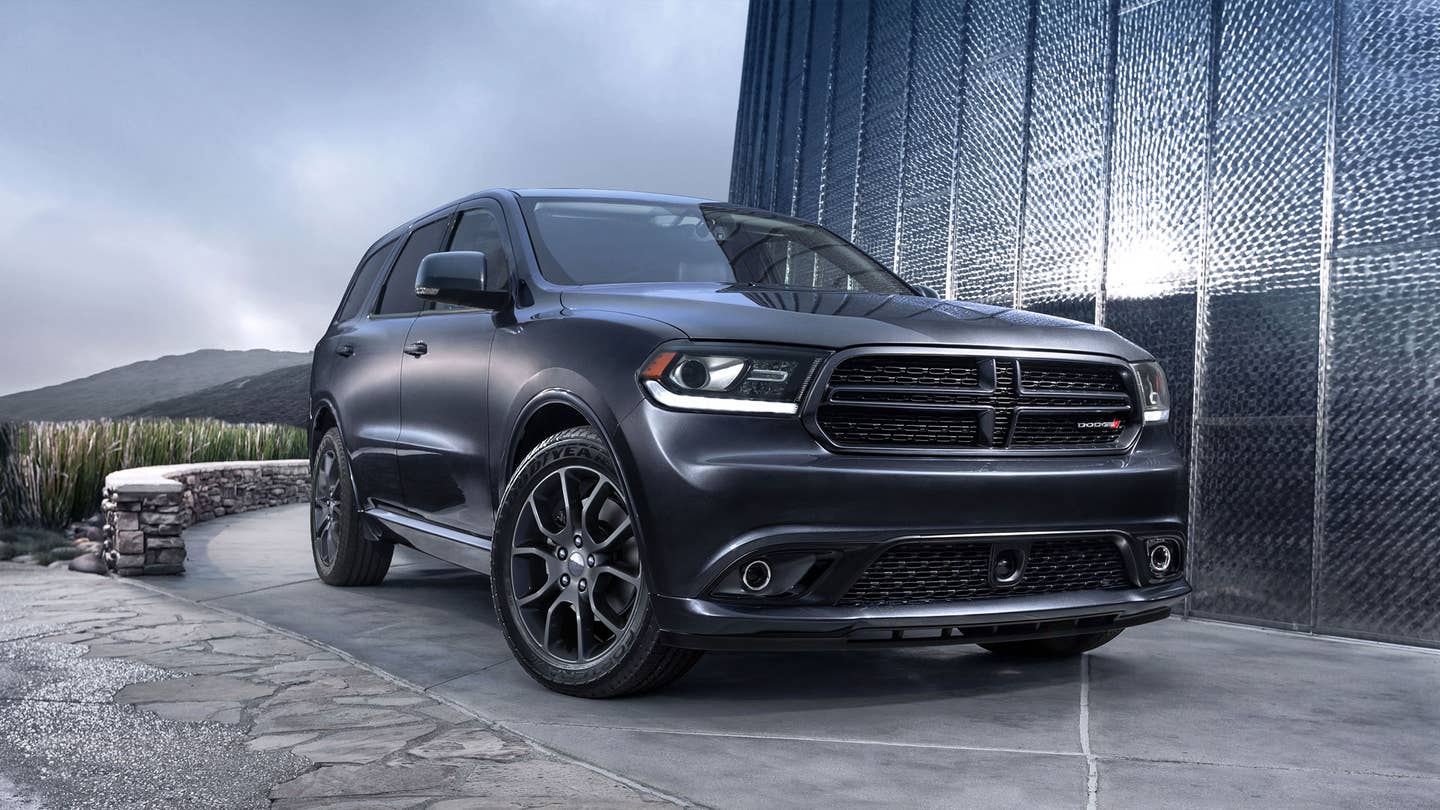 Durango is a name that conjures ruggedness, a macho spirit and, maybe, an unwashed cowhand sitting on a flea-bitten plug of a horse, smoking a hand-rolled cigarette in the blinding midday sun. Dodge was undoubtedly going for the first two when it endowed its masculine truck-wagon with a name that could be the title to a gritty Western film.

To be fair, the Durango R/T does look a bit testosterone-y, even according to our modern standards of masculinity-enhancing automotive design. It has a prominent grille, a bulging hood and, when you mash the loud-pedal to the floor, the truck's 5.7-liter V8 makes a respectably muscular-sounding roar. Behind that mannish mug, however, there's a softer, more sensitive side: comfortable heated and air conditioned leather seats, pleasant styling, and enough room for six or maybe even seven people to sit.

As with other Dodge models, the driver information screens and infotainment controls are straightforward and easy to use. The Durango drives less like a truck than like a minivan, but in a straight line, the R/T label delivers on its promise of rocketing the thing to speed in a relatively short amount of time. The tapering roofline, which will be familiar to those who remember fondly the short-lived Dodge Magnum wagon, gives the Durango a mean, sporty look toward the rear. Unfortunately, that stylistic and aerodynamic feature comes at a cost: With the third row seats in use, the rear cargo area is tiny. Those seven passengers you're carrying (six if you opt for the chic center row captain's chairs) better not be traveling with any luggage. (Unless, of course, they don't mind holding it in their laps.)

Among other mid-size crossovers—a segment that includes popular models like the Ford Explorer, Jeep Grand Cherokee, and Toyota Highlander—the Durango trended toward the bottom of the rankings, sales-wise, in 2015. That's not to say it isn't a contender in terms of what it offers. Strong in the looks and power departments, and with its price at roughly $50,000 (as tested), it pulls about even with a well-optioned Ford Explorer Sport. But the Durango R/T comes in rear-wheel drive format at that price, whereas the Explorer is all-wheel drive for the same amount. Rear-wheel drive may be something driving enthusiasts enjoy, but an enthusiast car the Durango R/T is not; it's a family hauler with a little bit of attitude and a decent amount of power on tap. Although not as difficult to place as, say, the Ford Flex, figuring out where the Durango fits among all the other competitors out there is a real head-scratcher.

But perhaps the Durango's tough-to-pin-down maverick attitude is part of its charm. Identifying it with the Old West is a stretch, but Americans everywhere seem eager to grab hold of any vestige of an idealized rugged lifestyle in this age of computerized office jobs and one-click ordering.