The only round-up you'll need. 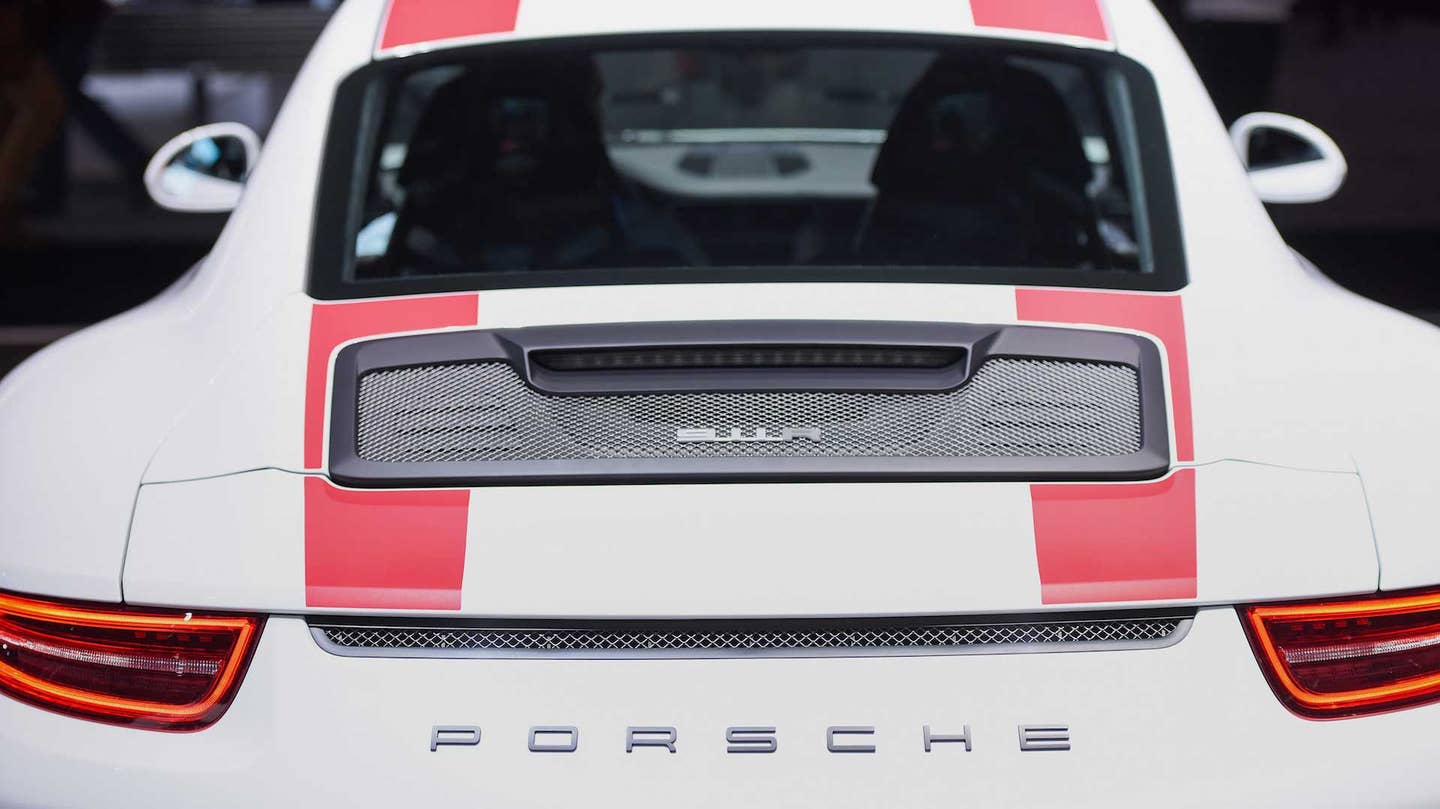 There was no Ford GT at this year’s New York Auto Show. No savior rising in time for Easter, no car that sucked up the oxygen and left journalists choking on thesauruses to describe their wonderment. But there were still plenty of worthy cars in Manhattan, from courageous fuel-sippers in an age of unleaded plenty, to luxurious SUVs and Marvel-pumped performance heroes. Over a two-day media smorgasbord, here are nine cars we’d pile on our own plates and come back for seconds:

Imagination, daring, delight: The (not Hyundai) Genesis New York Concept underlined what conceptual models are supposed to deliver. Look past the odd auto-show flourish, including a yoke instead of a steering wheel and side vents that were last seen grating Pecorino, and you’ll see the bones of a handsome car. A chopped-and-channeled Audi A7 homage whose confident grille—production feasible, or not?—appears feathered like some robot bald eagle. With Genesis promising to deliver a BMW 3-Series fighter, this New York special is a promising start.

You know Volvo’s feeling it when it unveils a $106,000 SUV. The four-seat version of the acclaimed XC90 is expensive and luxurious in equal breathtaking measure: A pair of massaging, do-it-all rear seats are glass-partitioned from the cargo area, with two portable entertainment tablets; airline-style, leather-topped folding console tables; and a sumptuous center console with a bottle chiller, heated-and-cooled cupholders and a pair of Orrefors crystal flutes. And if the 400-horse, plug-in hybrid Excellence isn’t as swank or powerful as the Range Rover SVAutobiography, it only costs half as much.

For roughly $28,000 to start, the RF combines a four-season powered targa top with bravura flying buttresses and a buttery Nappa leather upgrade. Soft top or hard, the latest Miata will keep the convertible flame on boil for years to come.

Some auto show attendees haven’t passed driver’s ed, but it wouldn’t be a show without them: Their youthful, drooling enthusiasm, their dreams of supercar ownership still untarnished by roommate-budget reality. For those who don’t give a shit about three rows or 30 mpg, the Koenigsegg will fuel dreams and fill bedroom walls with 1,489 horses of Swedish hypercar fantasy. Deep in their hormonal, insecure bones, adolescents get the allure of “the fastest accelerating car in the world” (0-to-249 mph in less than 20 seconds) and a single-speed gearbox that corresponds to their own furious, efficient self-pleasuring style.

The name (pronounced “Ionic”) suggests a new brand of luridly flavored, club-friendly cognac. Instead, the Ioniq refreshes by being a hybrid hatchback, or plug-in hybrid, or 110-mile-all-electric version, that’s content to look like an everyday car—rather than a pre-rolled booger like the Prius or some low-budget sci-fi prop. Hyundai pledges that the standard Ionic, on sale later this year, will beat the Prius’ 56 mpg combined mileage rating, currently tops among non plug-in cars.

Step back in the IROC time machine. Set controls for Passaic, New Jersey, 1984. Now, tell a group of loitering Camaro fans—look for the Def Leppard shirts—that someday there’ll be a Camaro with 640 supercharged horsepower, a suspension filled with magic magnetic fluid and a built-in television and special-effects studio. They’ll either kick your ass or ask to meet your angel dust supplier. But you, the Marty McFly of Camaros, will know that the Biff World of 2017 is all true, and all wonderful.

One-upping the Cayman GT4 that wowed us at Thunderhill Raceway Park, the 911 R defies tech trends—specifically turbochargers and PDK dual-clutch transmission—with a six-speed manual shifter, a svelte 3,020-pound bod and a stormy, 500-horsepower 4.0-liter flat six engine from the GT3 RS. It’s as old-school-German as Falco. For your $185,950, Porsche helpfully tears out the audio system, A/C and rear jump seats. But you’ll still feel fashionable while ass-whupping lowlier cars, thanks to houndstooth, leather-and-cloth racing buckets and herringbone-patterned carbon fiber.

We won’t let Lincoln off the hook easily. But credit where due: Despite or because of its Range Rover cribbing, the sumptuous Lincoln is better-looking than Cadillac’s slabby Escalade, and should remain so even when shorn of the concept’s Tesla-loving gullwing doors. Now, knowing Lincoln’s bad luck and blurry market vision, the boat-tugging Navigator will reach showrooms just in time for a fuel crisis and a mass exodus from oversized SUVs.

The redesigned 2017 E-Class sedan didn’t dazzle me… until I saw it in person. The coruscating paint job, the broad-brush sweep of animated displays. This is the most fashionable (but still classy) E-Class in history. And while the E43 AMG’s 396-horsepower turbo V6, all-wheel drive and nine-speed automatic transmission will deliver a 4.5-second burst to 60 mph, the price won’t approach the sky-high six figures of the full-bore E63 AMG.