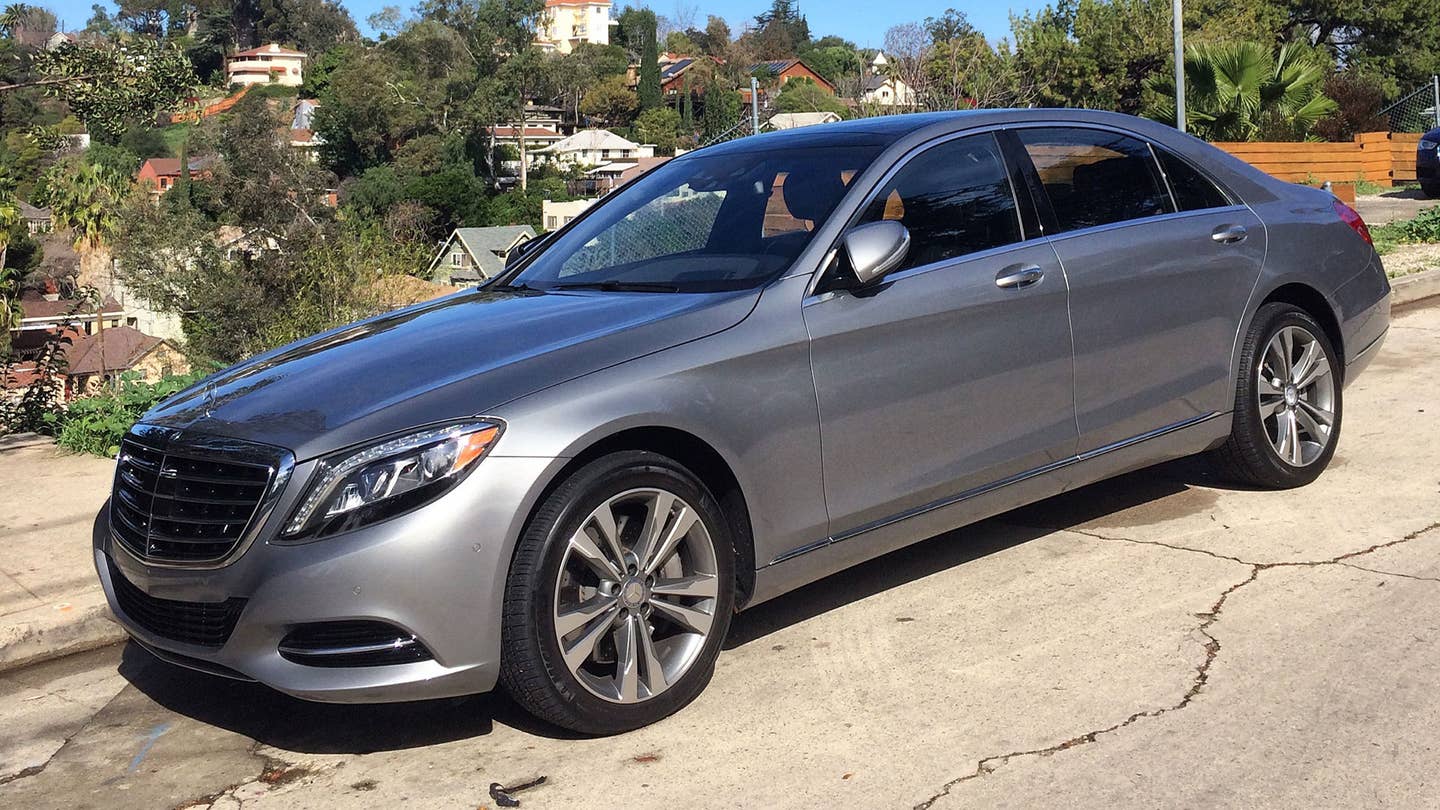 Can you creep around silently for fifteen miles on pure electric power in a V8-powered S550? No you cannot. Can you use the onboard gasoline twin-turbo V6 motor to charge up the battery pack while you’re piddling around the hills or freeways of LA in a dinosaur juice-powered S550? Negative. Can you routinely get 30 mpg on the highway while cruising down The Five from LA to San Diego—and occupying the EV lane with impunity—in your run-of-the-mill S550? Impossible. Does your plain Jane S550 have an extra filler cap integrated into its rear end, one that causes valets, bored to tears by the ubiquity of engine-only S-Classes, to ask questions and raise eyebrows? Of course it does not.

Your regular old S-Class does have 2.5 cubic feet more trunk room due to the battery pack’s hogging placement between the hybrid’s rear wheels. And your basic S-Class is also faster to 60 mph by four tenths of a second. But those are about the only advantages, and besides, we don’t have any baggage, nor the need to count tenths of seconds.

Both of the big sedans drive themselves autonomously with similar capability, which means better than any other self-driving vehicle out there (with the exception of the new Mercedes-Benz E-Class, about which I'll have more to say soon).

More than all of this, the 550e’s plug-in hybrid capabilities somehow make this S-Class feel less "country club." I silently rolled around Echo Park with my windows down, playing Lucinda Williams’ new album and waving at people with trust funds who were dressed like vagrants. It may have been the angle of the sun, or the lunar phase, but they seemed to sneer far less than they did when I was pulling into the parking lot of the organic grocery in the acid green McLaren 570S. In response, I tried harder not to hate them.