BMW Teases What is Probably the 8 Series Gran Coupe

Taking to Twitter, BMW has teased a mysteriously long four-door headed to Geneva next week.

We've already seen plenty of the upcoming BMW 8 Series in both concept and camouflaged guises, but it looks like the German automaker has even more of the new 8er in store.

Taking to Twitter, BMW has teased a mysteriously long, Aston Martin Rapide-like four-door supposedly headed to the Geneva Motor Show next week. Judging from its silhouette, this will likely be categorized as another one of those four-door coupes, or "Gran Coupes" as BMW likes to call 'em.

Given how far away the wheels are from each other and the Hofmeister kink that bears a striking resemblance to the one found on the Concept 8 Series, we predict that this is very likely the 8 Series Gran Coupe.

A four-door 8 Series isn't totally unexpected given the company's current product plans. If the 2 Series is getting a Gran Coupe, why wouldn't the flagship get one as well?

Or perhaps, it's some sort of left field Tesla Model S rival with a completely original nameplate. Like a Porsche Mission E but, y'know, made by BMW. Whatever this ends up being, we like what we see. Hopefully, however, BMW will remember to throw some door handles on this thing before it reaches production.

For more on BMW's mystery car, be sure to check in with The Drive next week when the Geneva Motor Show kicks off. 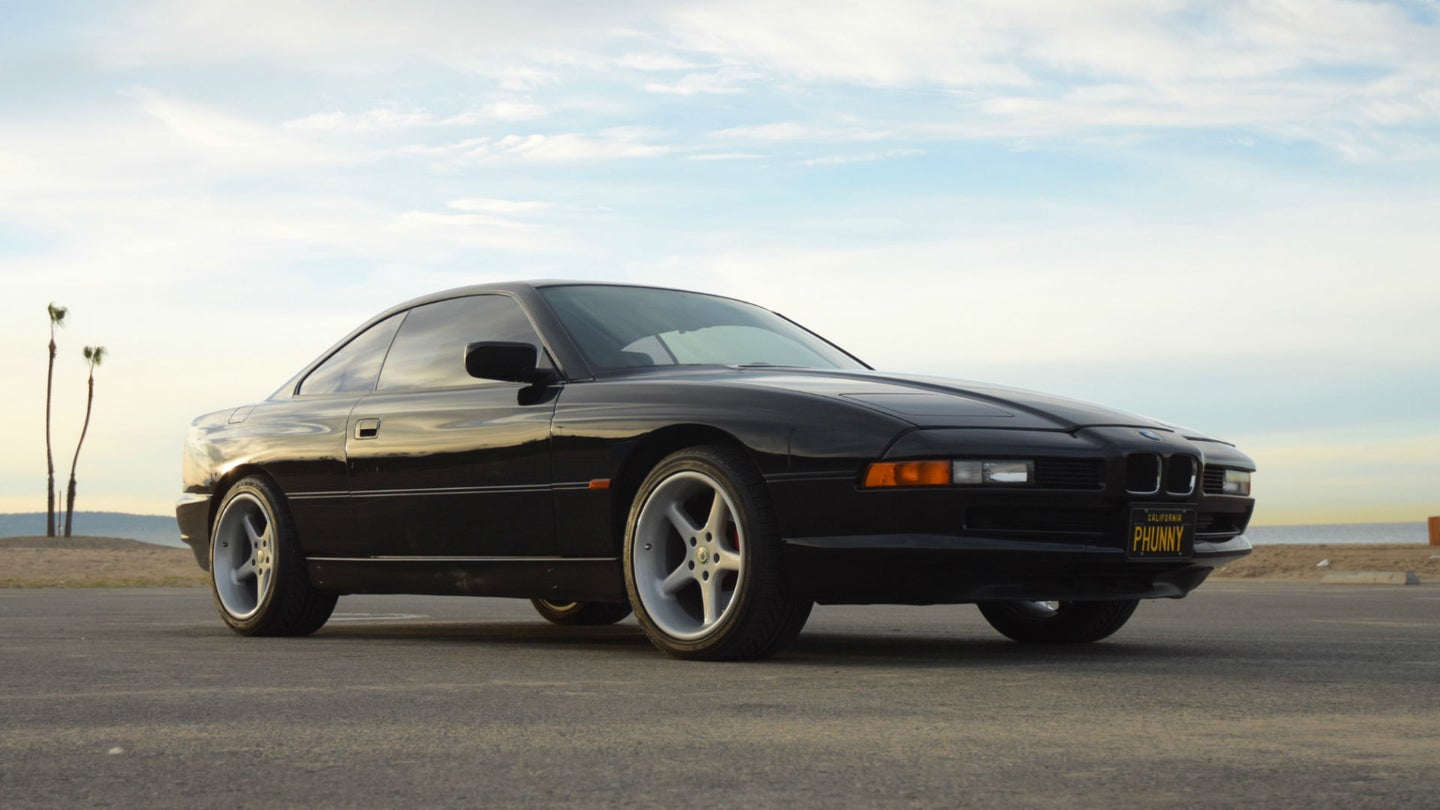 George Carlin’s BMW 850Ci is Up For Sale

The legendary comedian’s Bimmer is also one of just 363 North American variants to get the 5.4-liter V12 option. 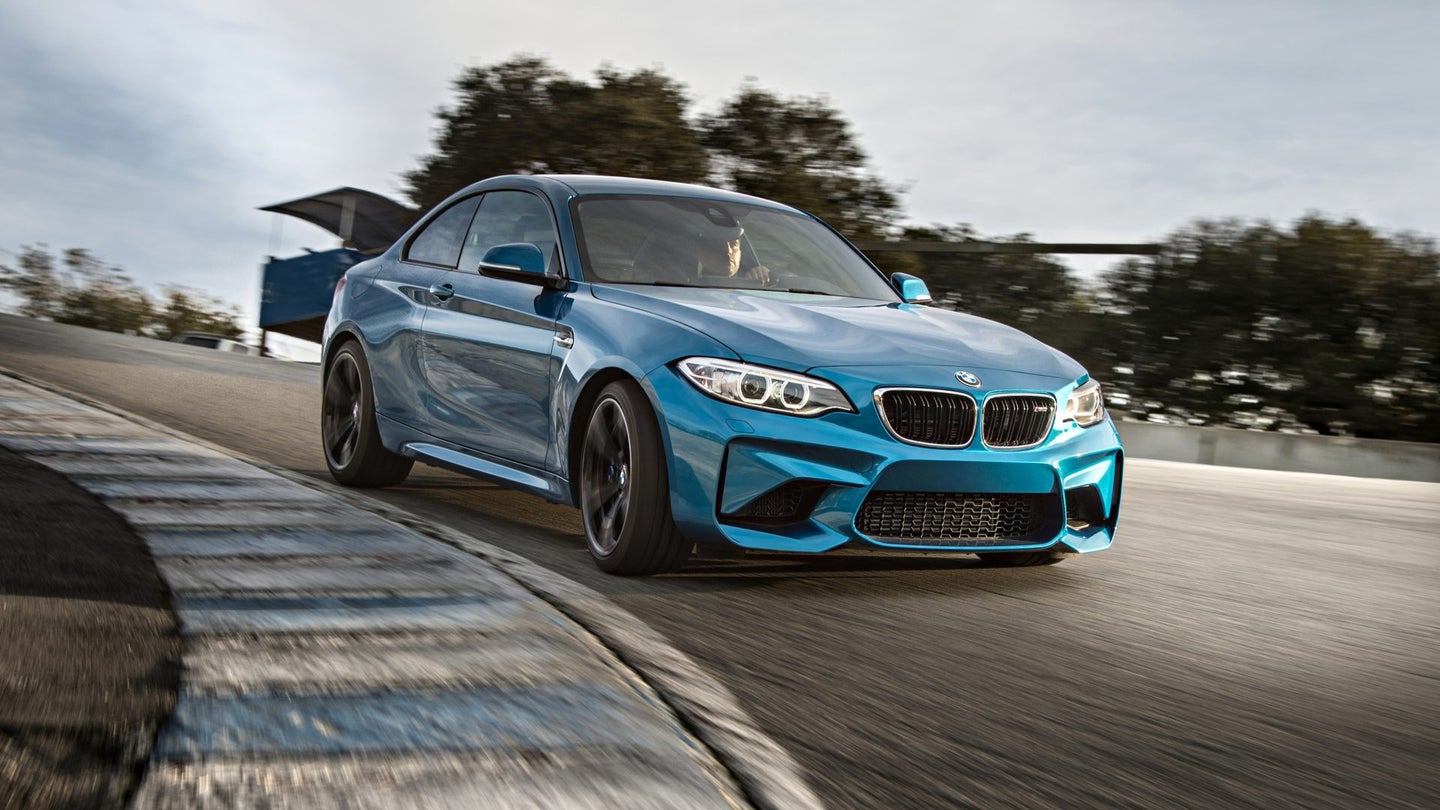 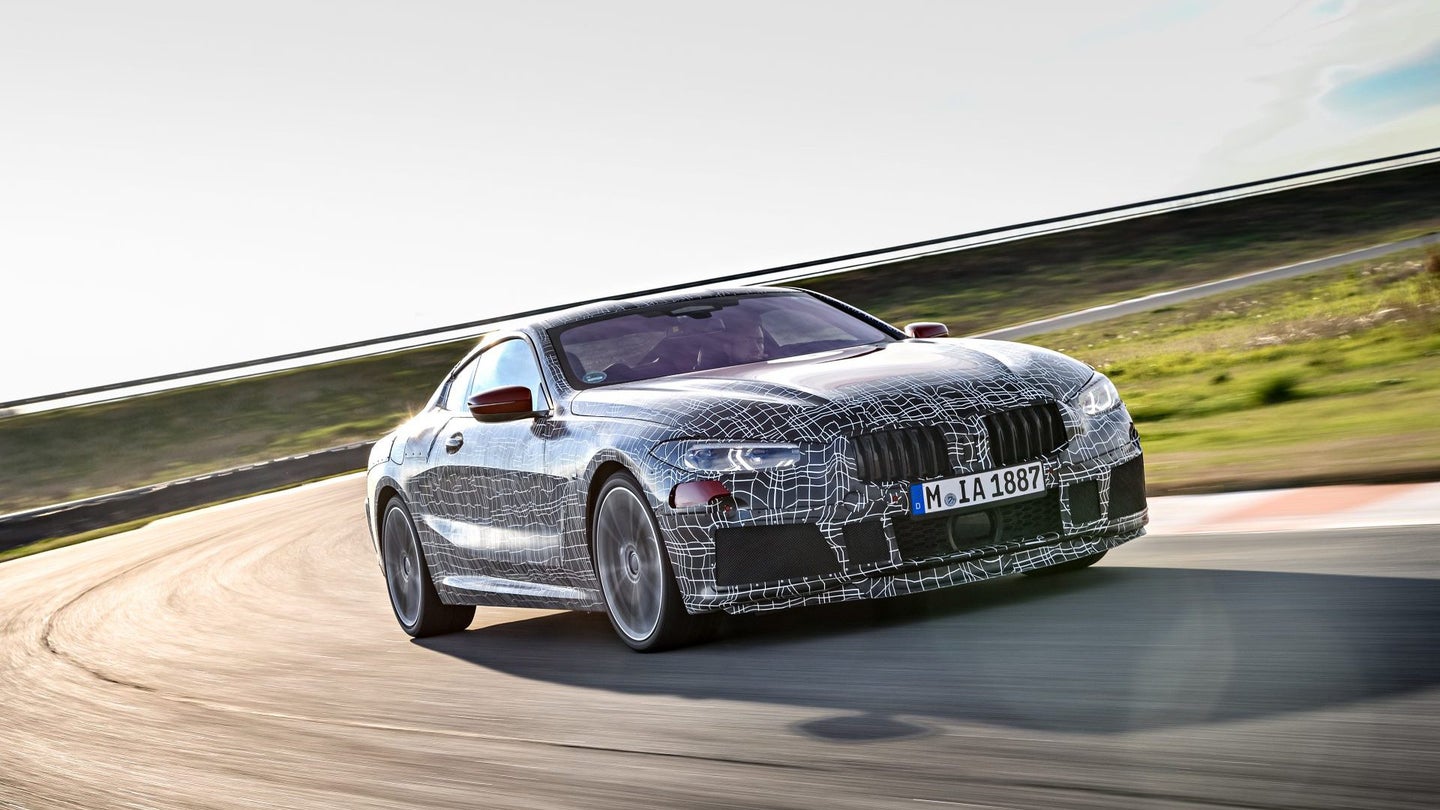 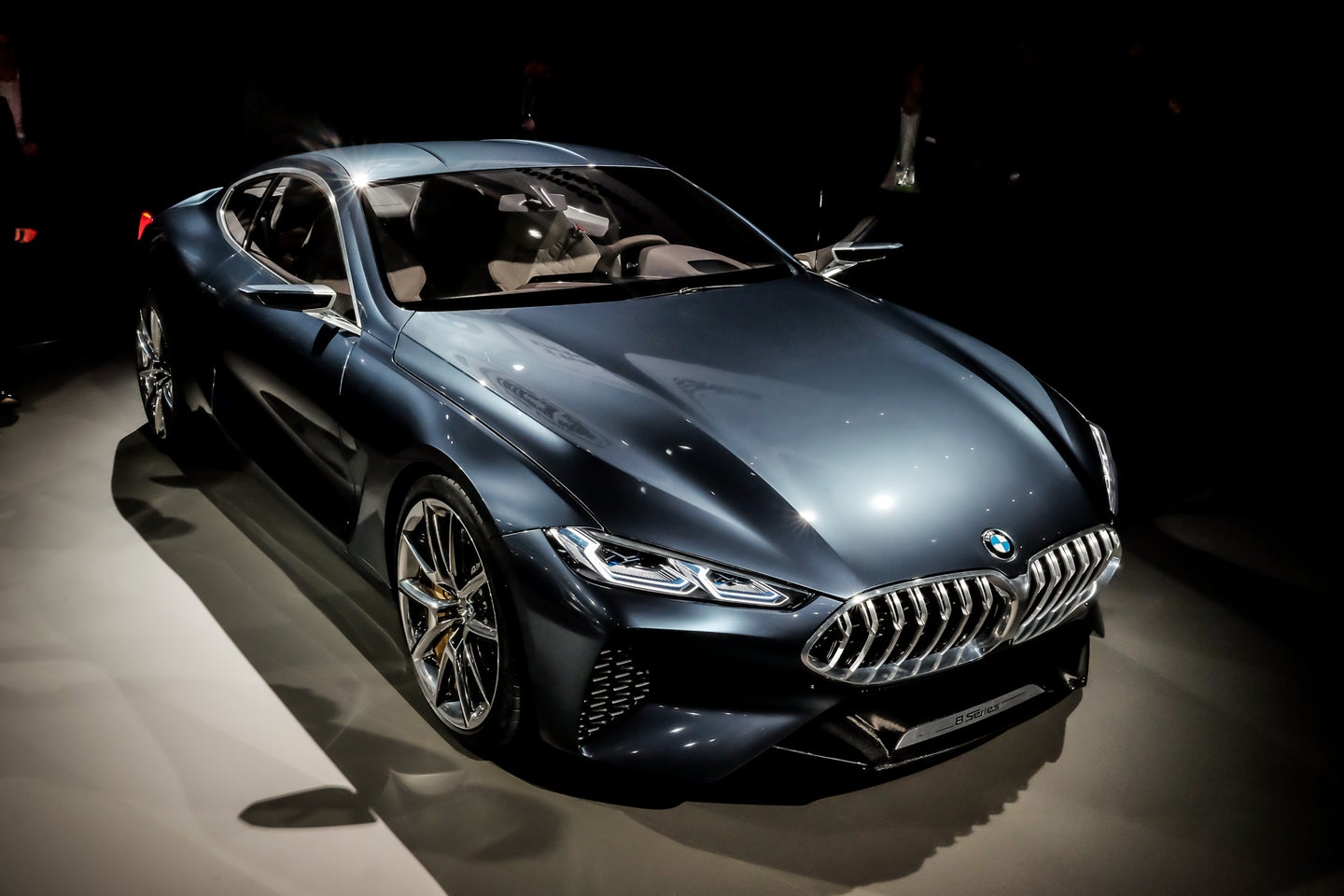 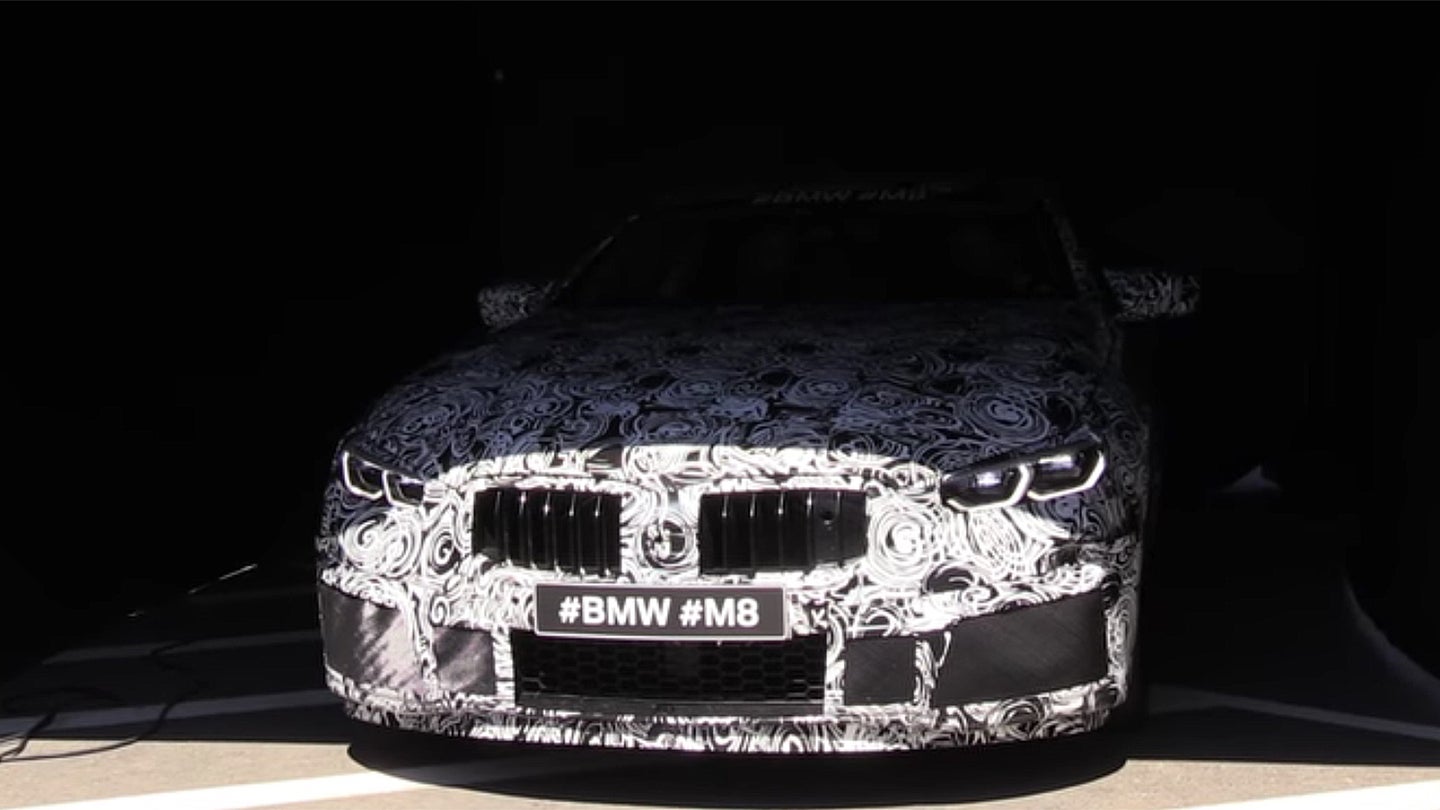