Insert “This Is Why We Can’t Have Nice Things” meme here. 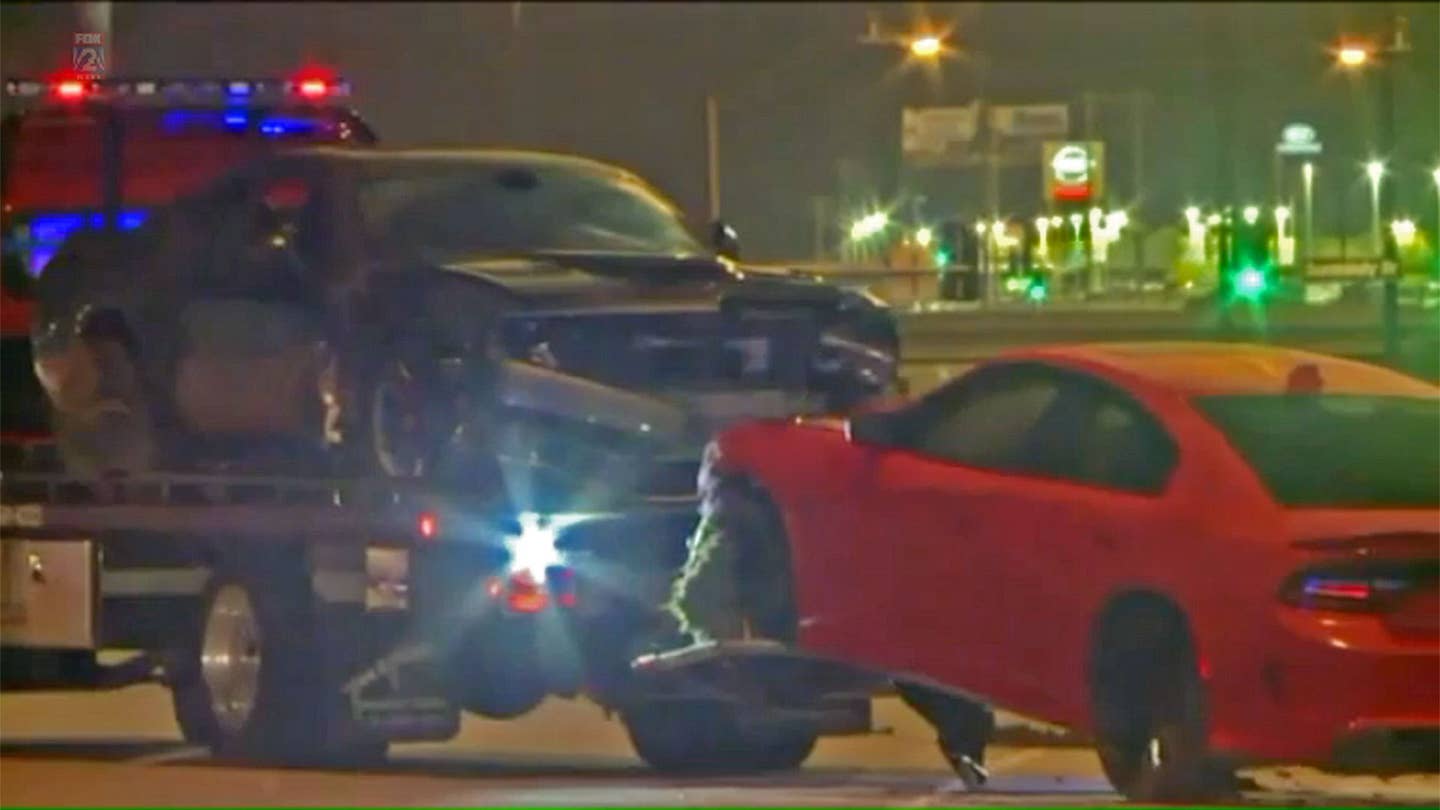 Here's a handy tip: If you're going to go to the effort of stealing high-powered muscle cars, don't crash them within spitting distance of the place you took them from. Seems obvious, right? Apparently not for three teenagers in Missouri, who police say drove three and a half hours to steal a collection of cars that included two Dodge Challenger Hellcats​...only to make it less than a mile before crashing​.

The 16-, 17-, and 19-year-old youths allegedly traveled from Kansas City to St. Peters, Missouri sometime around 1:30 a.m. Friday to steal four cars off the lot of Napleton Mid Rivers Dodge, including a pair of the 707-horsepower muscle cars, Fox 2 News reports.​ It's unclear how the teens were able to gain access to the cars and start them up.​

Regardless of how they got the cars running...they didn't keep running for very long.

“They lost control of them fairly easily. They made it less than a mile,”​ Melissa Doss​, a St. Peters police officer, told Fox 2.

Three of the four cars taken were recovered at the scene; the suspects were reportedly nabbed after a brief police chase on foot.

As Jalopnik noted, the limited numbers Fiat Chrysler builds these cars in—bolstered by the cars' popularity—will likely make it considerably difficult for the dealership to get replacement Hellcats. “It’s going to take several months...before Chrysler will give me allocation to replace them,” dealership General Manager said to Fox 2 News.

The alleged theft came to the attention of an employee who was passing by the dealership in the morning who noticed car lights on in the lot. Police were able to track down the reckless teens shortly after the incident was reported.

The 17- and 19-year-old alleged car thieves are currently being held on burglary and receiving stolen property charges. The 16-year-old is waiting to be charged in juvenile court.

If you're going to steal cars, learn how to drive them first. Actually, better yet...don't steal cars.