These sports cars are already good, so they don’t need much.

The 2022 model year marks the latest generation of Subaru’s and Toyota’s shared ZN8/ZD8 platform for the BRZ and GR86. Previously, it was the ZN6/ZC6 platform that debuted back in 2012, and it came in the flavors of the Scion FR-S, Toyota 86, and Subaru BRZ. For the past 10 years, this platform has been all about purified sports car fun: rear-wheel drive, good suspension, low curb weight, a base six-speed manual transmission, and a generally lively powerplant. The second-gen takes all of these characteristics and refines them into something greater, though both remain great options. Regardless of which one you choose, it doesn't take much to elevate them with mods to make them even more capable and fun on track.

For those who prefer to take their rides beyond their stock forms, there are four main ways to prep these cars for performance driving: Minor cooling modifications, stronger brakes, grippier tires, and a better alignment. That's right, I didn't even bother listing suspension — this is certainly a worthwhile modification area, too, but not an absolute must. Most enthusiasts and reviewers, myself included, find that these cars handle quite well out of the box.

Let's discuss how all four of these areas can transform any GR86, FR-S, 86, or BRZ into a capable, grippy beast.

One potentially overlooked area of the Toyubaru is cooling. For normal driving it isn't really an issue, but keeping the revs up for a prolonged amount of time on track, especially in warmer environments, requires some addressing.

To get some insight on this, I spoke to Mike Kang of CounterSpace Garage, a shop that specializes in outfitting these cars with aftermarket parts. He's also behind 86 Cup, an amateur time attack challenge series that's become quite popular over the past couple of years.

"The factory heat exchanger is great for controlling temperatures on the street but isn't enough to keep the oil temperatures down on track," Kang said via Facebook Messenger. "With warmer ambient temps, the coolant temps aren't dropping as quickly, which means the coolant isn't sucking as much heat out of the oil compared to cold weather where the coolant is at thermostat temp."

This means aftermarket cooling, such as an aftermarket external oil cooler, are paramount for regular track driving. While this was originally figured out for previous-gen models, it's almost guaranteed that the new-gen requires the same. Especially because there's more power produced  by a slightly larger engine. I had a close look at the new GR86 this past winter and can confirm that it doesn't look like much was done from the factory to aid cooling, at least for track-level driving.

Since the GR86/BRZ is inherently designed for solid lateral G performance, the wider wheels and tires and stronger brakes the better. Though, throwing down your hard-earned scratch on expensive and massive lightweight wheels, super wide tires, and expensive big brake kits isn't necessarily a requirement for a competent steed to turn laps with.

Upgrading brake fluid to something more worthy of the job like Castrol SRF and swapping to sturdier brake pads is a solid move. These changes often give the car a more solid brake pedal feel, too.

Like all track-ready pads, there's an endless variety of recipes to choose from in the stock size, all with different characteristics in regards to dusting, grabbiness, endurance, pedal feel, and modulation. On the mild side of the brake spectrum, Hawk's HPS 5.0 pad is a good upgrade over factory pads. On the more focused end, CounterSpace Garage's options work well, as well as compounds by Ferodo, Endless, Winmax, and Project Mu. There seems to be an unlimited amount of options, so it's best to do your research and scan forums and Facebook groups to determine what's best for your driving, amount of tracking, noise tolerance, and other specific driving details.

Assuming you're cool with Toyota’s and Subaru's OEM wheel designs, there are some good options for rubber. Any 200-300 treadwear tire in the ultra-common 225/45/17 size fits on OEM 17-inch wheels, with similar sizing for optional 18s. On the stickier 200TW end, Falken's Azenis RT660 is a popular option, as well as Yokohama's Advan A052, and my personal favorite less-expensive option, the Federal 595RS-RR PRO. Do your research, as it seems like there are more and more options every year in this category. Amongst tires with a little bit more longevity to their contact patches, the Yokohama ADVAN Apex V601, GT Radial Champiro SX2, and Continental ExtremeContact Sport would work well.

Alignment settings for the BRZ/GR86 are in line with what's fairly universal amongst performance alignment engineering.

“Factory [settings] are great for street driving," Kang said. "Anyone tracking at a minimum needs camber bolts for the front, as well as folks looking for more front grip on a budget. Ideally, cornering enthusiasts will want camber plates and/or front lower control arms."

As far as settings go, it's actually pretty easy and straightforward to optimize these cars' front end grip.

"Just max out the camber on the bolts, [and add] slight toe-in for street cars," Kang continued.

Generally speaking, it seems like zero toe or slight toe-in or toe-out are great, as is adding at least two degrees of negative camber and a little bit of positive caster. Then, a little bit of toe-in for stability and factory camber are good for the rear end. This thinking isn't too far off from a performance-oriented rear-wheel-drive alignment in general, either. It's similar to what I've got my BMW 128i set at, and I absolutely love how it drives.

Of course, more performance means faster tire wear and shorter maintenance intervals between rotations, which is only expedited by track driving. The same goes for the amount of daily driven miles it sees. But the trade-off is better and more eager turn-in, better cornering grip, more stability, and lighter steering in all driving scenarios, so it all depends on how much tire wear individuals are up for dealing with.

Making the Most on a Budget

The whole idea behind this approach is you don't necessarily need to invest in some power-adding modifications and handling fixes right off the bat to get a lot out of the first- and second-generation BRZ/FR-S/86/GR86. It's well-engineered for fun from the factory, which is proven by its role in track days, time attack, autocross, and professional racing (plus some neat future pro racing plans).

But then, tracking and autocross isn't even an absolute necessity. Anyone can get more out of their car in any driving scenario following these key principles, and for not a whole lot of money in the grand scheme of things, either. 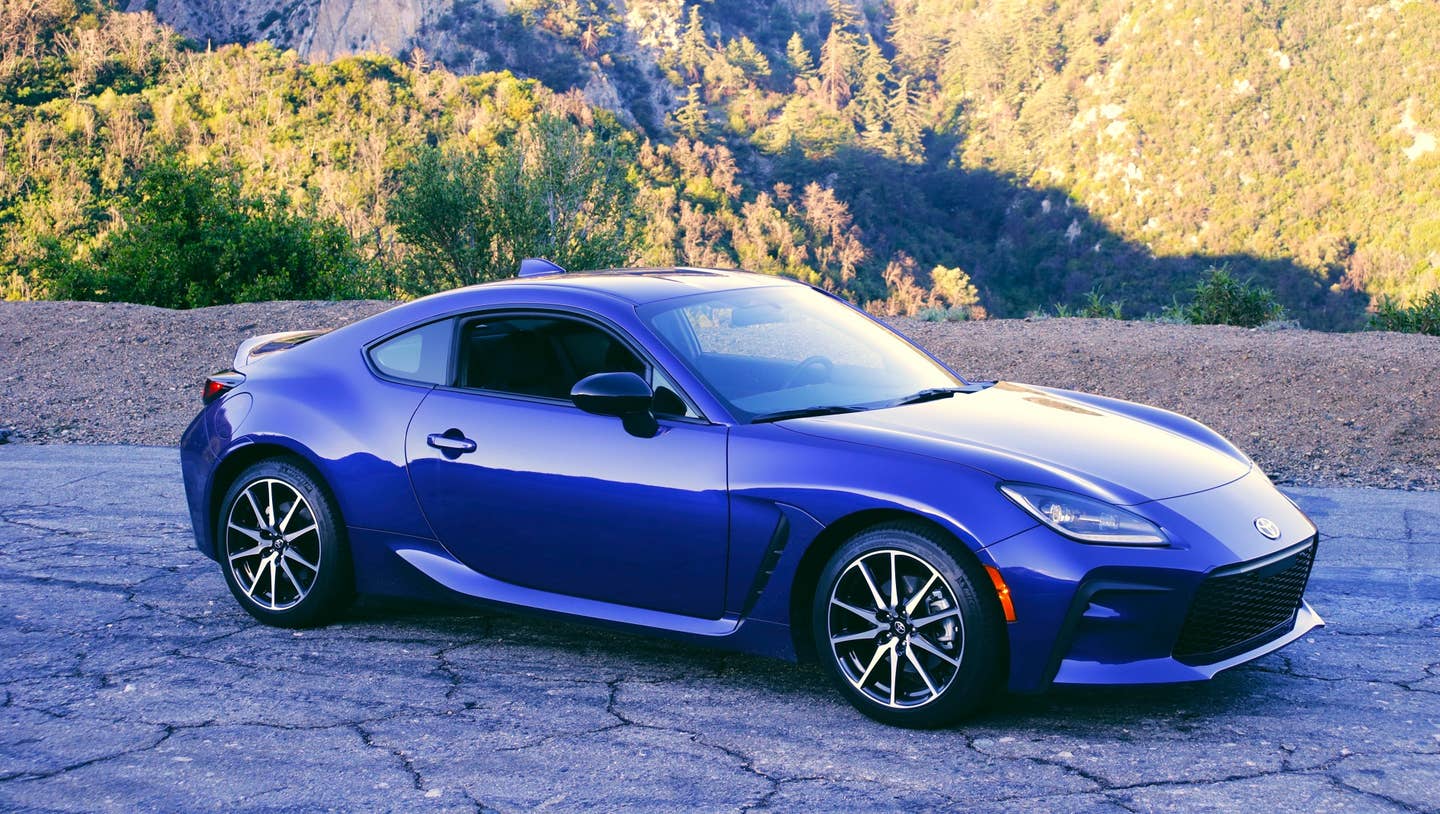 The new Toyota GR86 received a lot of attention in the track engineering department. 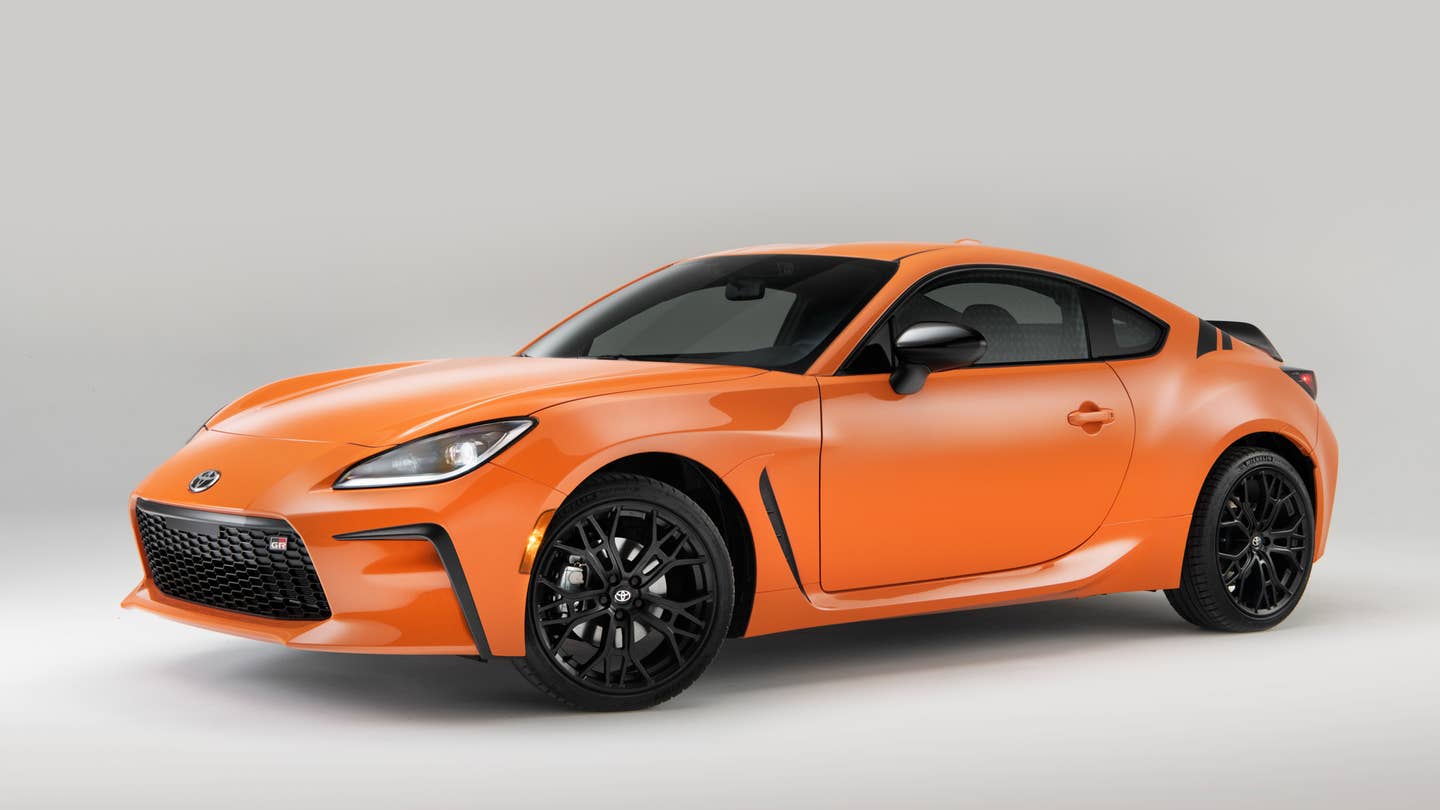 Toyota Breaks Out the Orange for Another Special Edition GR86 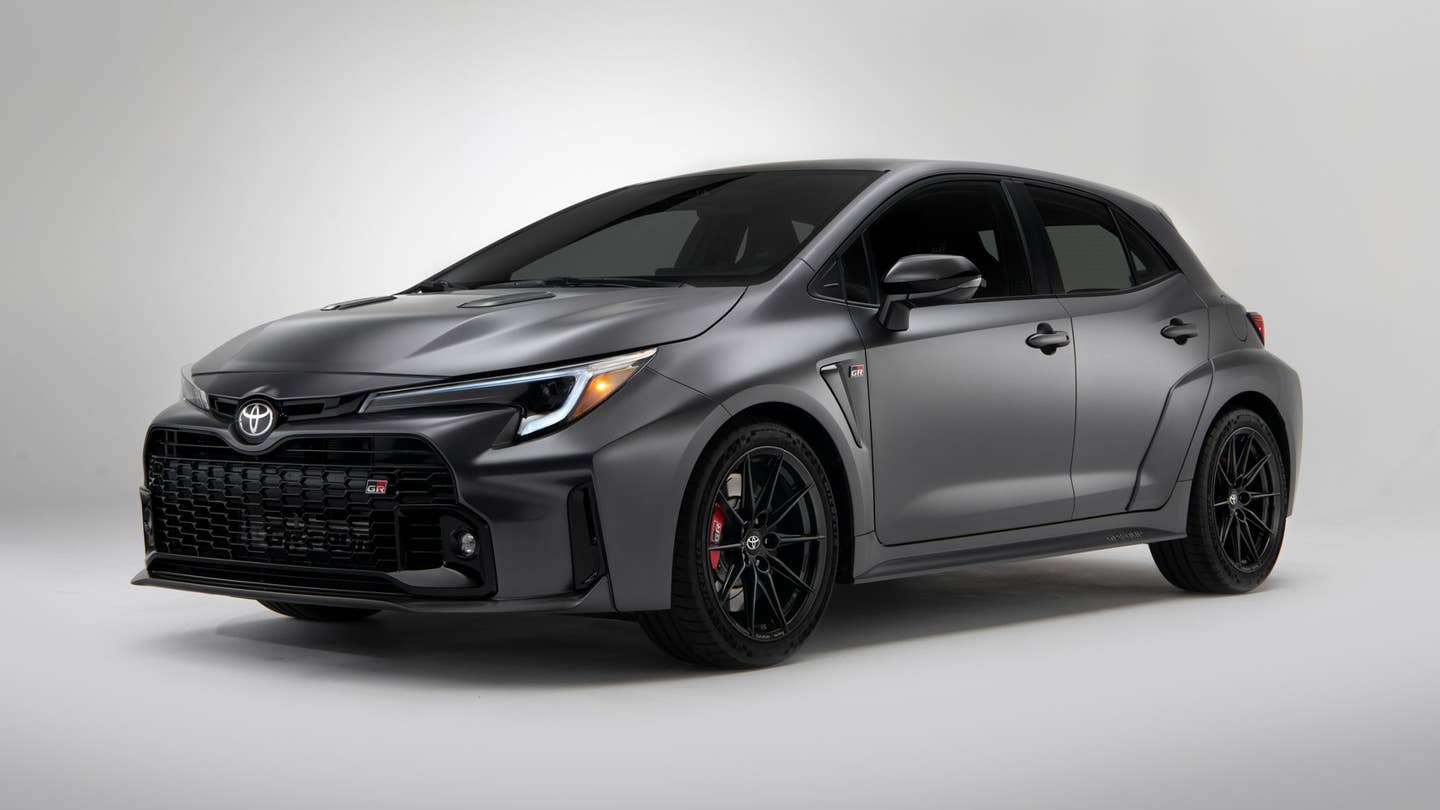 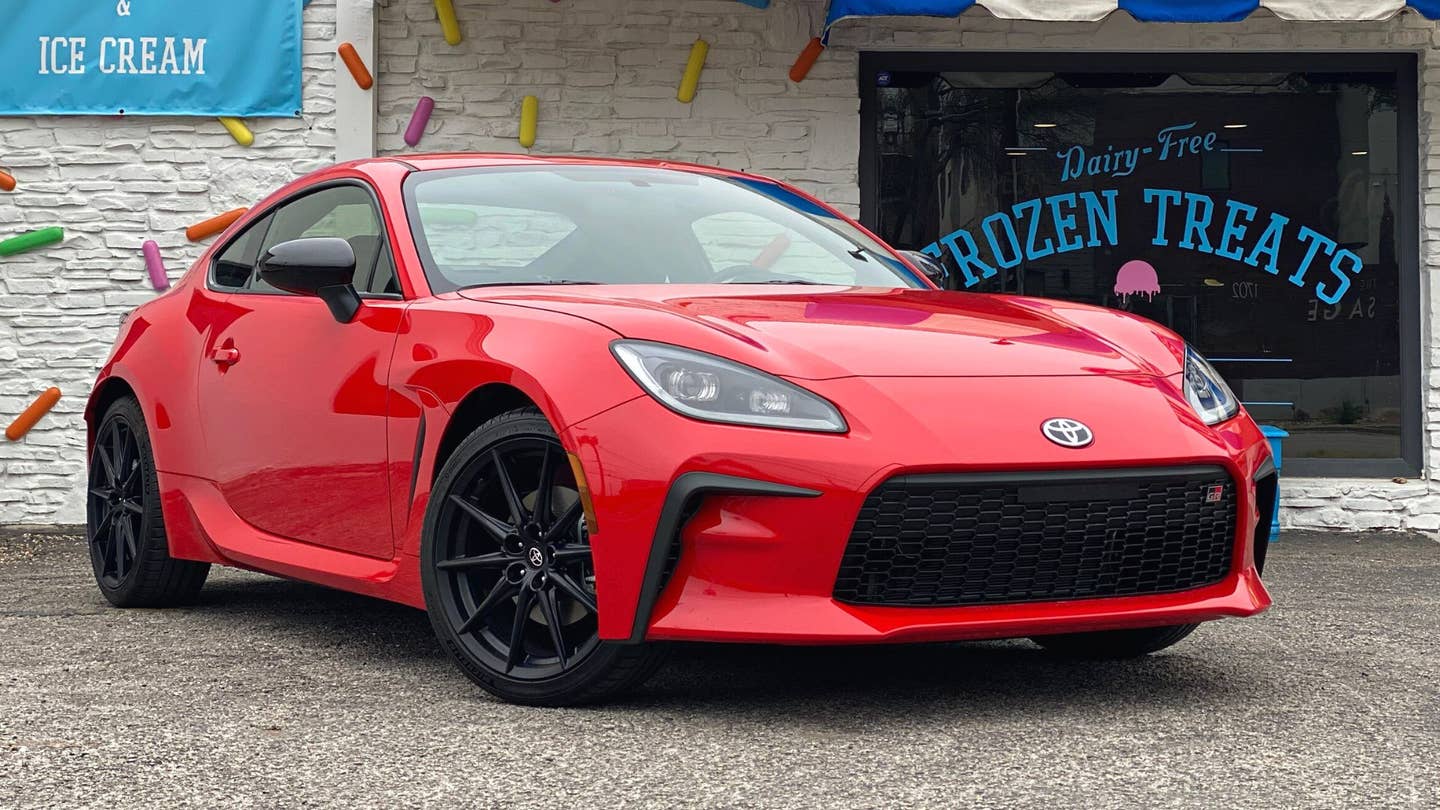 Better than it ever was, the new GR86 retains the scrappiness of some of the best Toyotas that came before it. 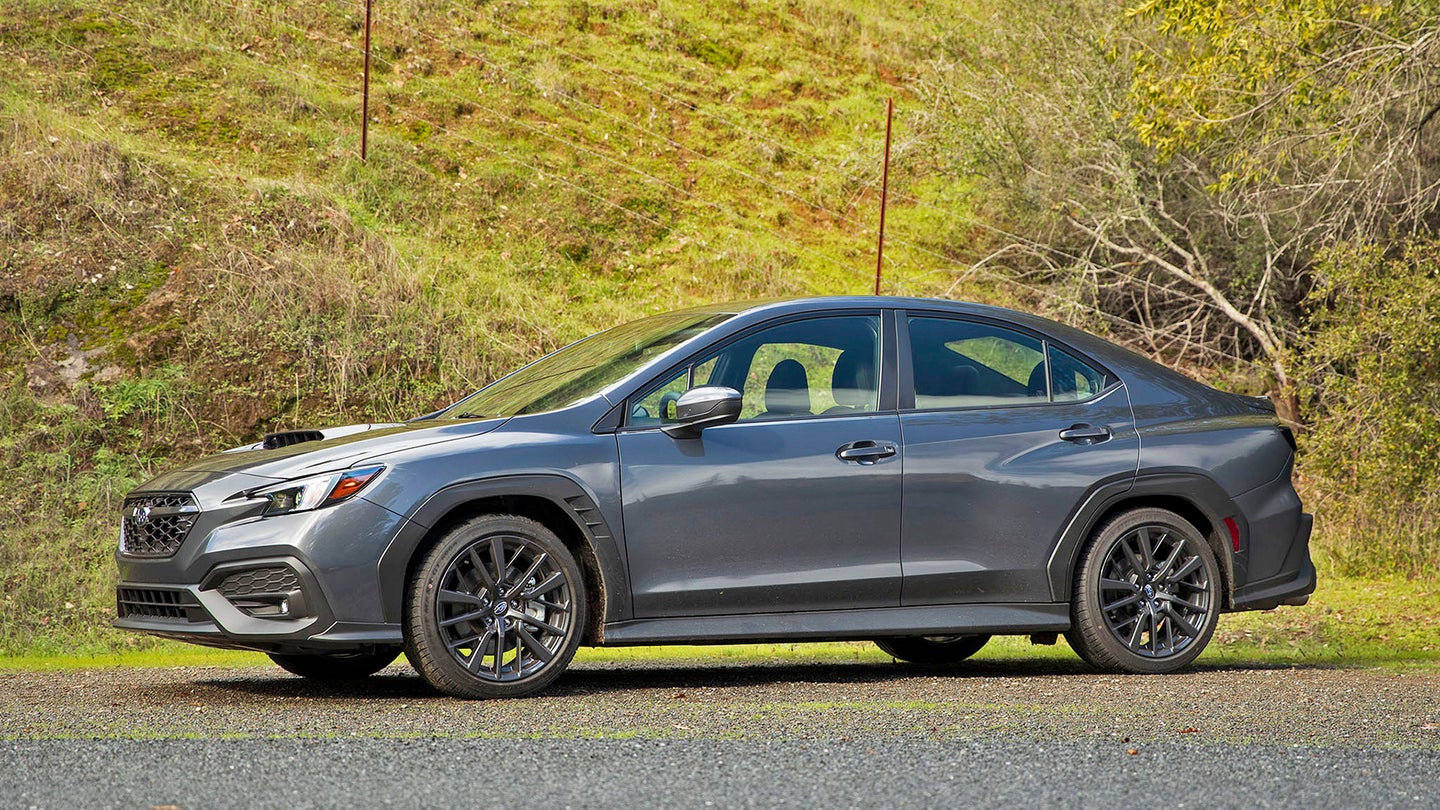 Look past the aggressive sheet metal—improvements in daily drivability are the true focus in the fifth-generation WRX.