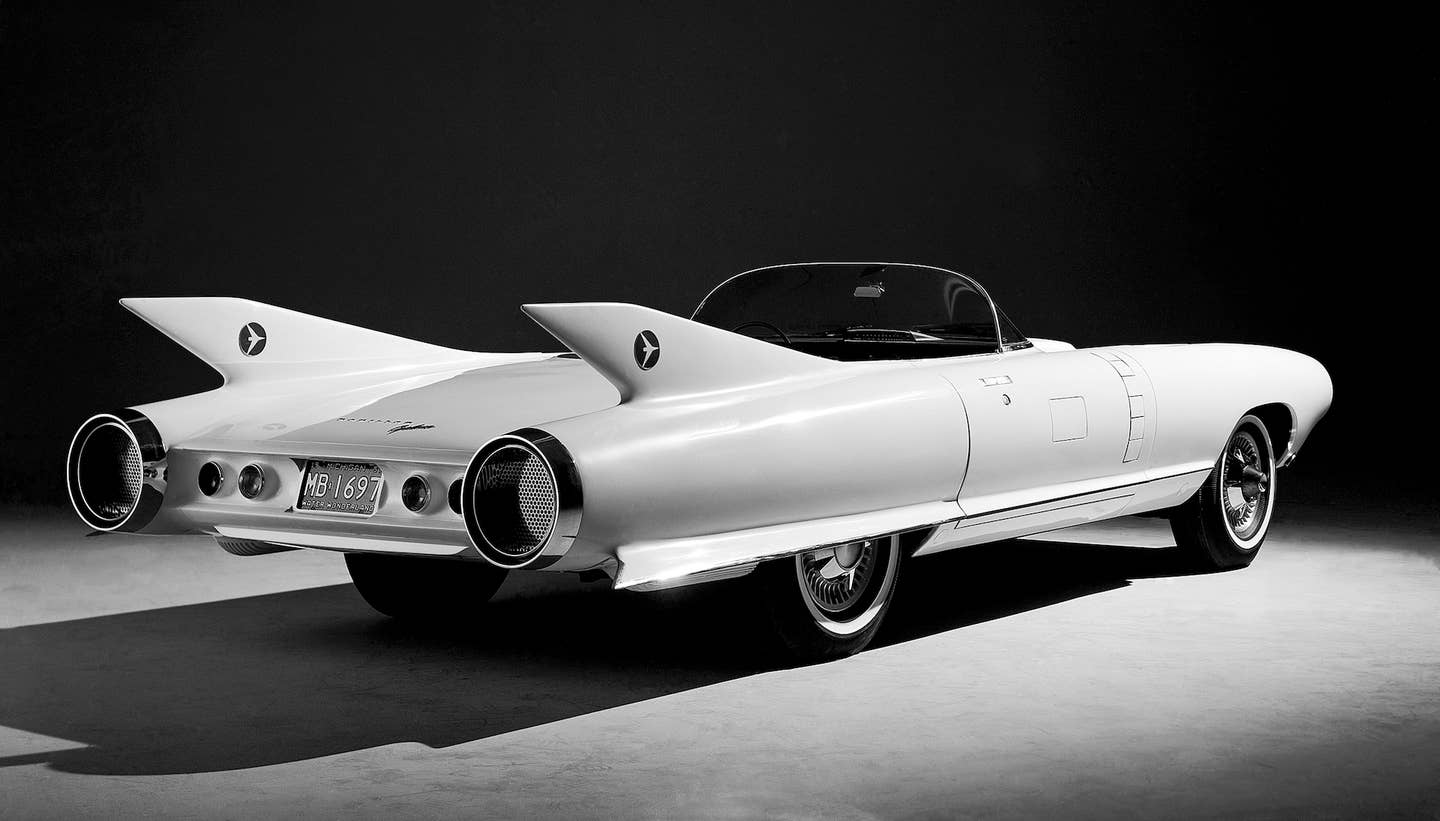 Glance at the concept car pictured above, and you won’t see many cues echoed in modern G.M. design language. The lines, the lights, the bubble-top—a far cry from the likes of the Escalade, new Camaro, and C7 Corvette. Yet, without that Jet Age, the others wouldn’t exist. The common bond between them isn’t so much what as who.

That concept is the Cadillac XP-74, a.k.a Cadillac Cyclone. Penned by G.M. design godheads Bill Mitchell and Harley Earl, the car rolled out at the Daytona 500 in 1959. It then toured the auto show circuit, eventually arriving in Philadelphia, Pennsylvania, that November. Which is where Ed Welburn, age 9, first laid eyes on it, and decided he wanted to become an automotive designer.

Over the next half-century, Welburn climbed the ladder, from an ambitious middle schooler sending letters into G.M.’s styling department to the company's Vice President of Global Design. Today, his fingerprints are on countless groundbreaking machines, including the Oldsmobile Aerotech land speed record car, the civilian Hummer line, electric Volt and Bolt, and CTS Coupe, as well as heady concepts like the Cadillac Elmiraj and Buick Avenir. But Welburn, who retired earlier this year, wasn’t given anything. He had to earn it.

His story is told brilliantly and succinctly in this new segment from NPR’s “Morning Edition.” It charts Welburn’s early struggles as a black student navigating the auto industry during the 1960s and 1970s; how he created a new sculpture program at Howard University, leveraged his fine arts degree into a job creating tail lights at Cadillac, then became one of the world’s most influential and prolific designers, and an unlikely hero in the process.

Give it a listen here.