For the wealthy bad guy who wants to broadcast his nefarious motives. 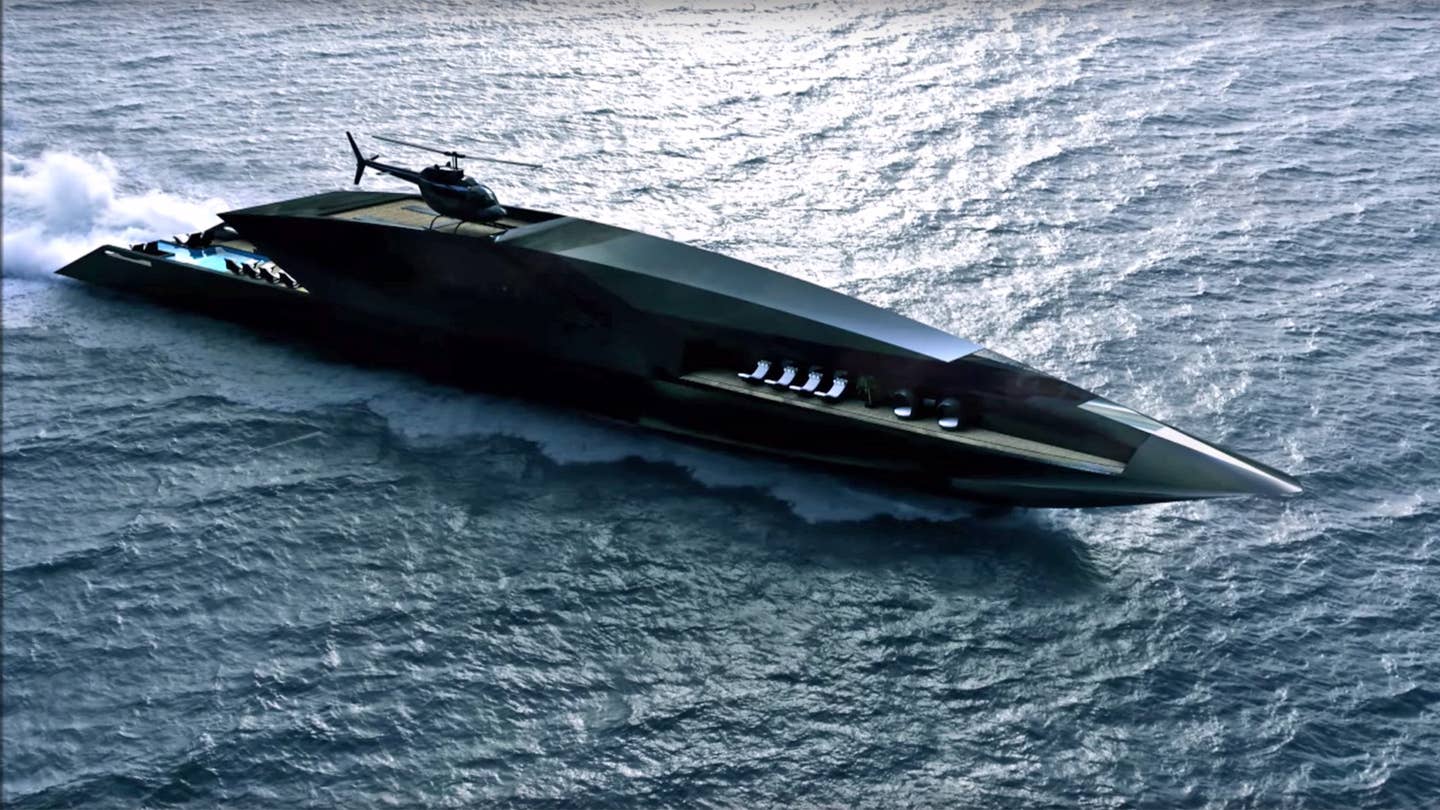 Stretching 229 feet from bow to stern, the megayacht known as Black Swan would make an impression even if it were colored the same shades of alabaster and azure as most giant yachts. Instead, however, the lethal-looking ship is clad in a raven's shade of black that makes it a perfect fit for a supervillain who wants to broadcast his malicious intent. The Drive only can assume whoever buys this monster also bought quitea few of those murdered-out Rolls-Royces.

Unlike some outlandish megayacht designs, the Black Swan comes from noble roots. The craft was penned by Turkish designer Timur Bozca, who won several design awards for his futuristic Cauta sailing yacht, a 55-meter craft with twin masts and a carbon-fiber body.

The Black Swan provides plenty of space for just the kind of features that wealthy bad guys—as well as regular billionaires—enjoy. There are multiple decks with glass railings, for unobstructed views. Many walls are made of glass as well; combined with the triangular windows, views of the sea (or approaching U.S. Navy vessels) are plentiful. A waterwall (not to be confused with a wonderwall, or a Wanderwell) cascades down several decks, providing the pool area with a pleasing diversion from the many bronzed model-types sure to be filling it. Of course, there is a helipad on the top deck, so the owner can make a dramatic escape while his henchmen delay encroaching secret agents.

Despite being the size of a city block, Bozca claims the mighty ship can accommodate…a dozen people. If space is luxury, the Black Swan might be the most luxurious vehicle in the world. There is a single master bedroom, and six lesser chambers, for guests, underlings, and prisoners who require a gilded cage.

The craft has four engines making a total of 23,172 horsepower that can propel the craft at up to 28 knots, with a 48,000-gallon fuel tank to feed the hungry motors. For human needs, the boat has 10,000 gallons of fresh water storage. We imagine the dozen passengers of this floating chunk of obsidian like to take long showers.

For now, the Black Swan concept is, just that—a pixel-rendered dream. But if you own some Baltic oil-fields, a diamond mine, or the patent to some obscure-but-necessary automotive part, you could contact Timur and make it a reality. Really, though, this belongs in the hands of a modern-day pirate. Unless you have a crew of henchmen, probably best to pursue a sunnier yacht concept.