It's completely obnoxious...but we love it anyways. 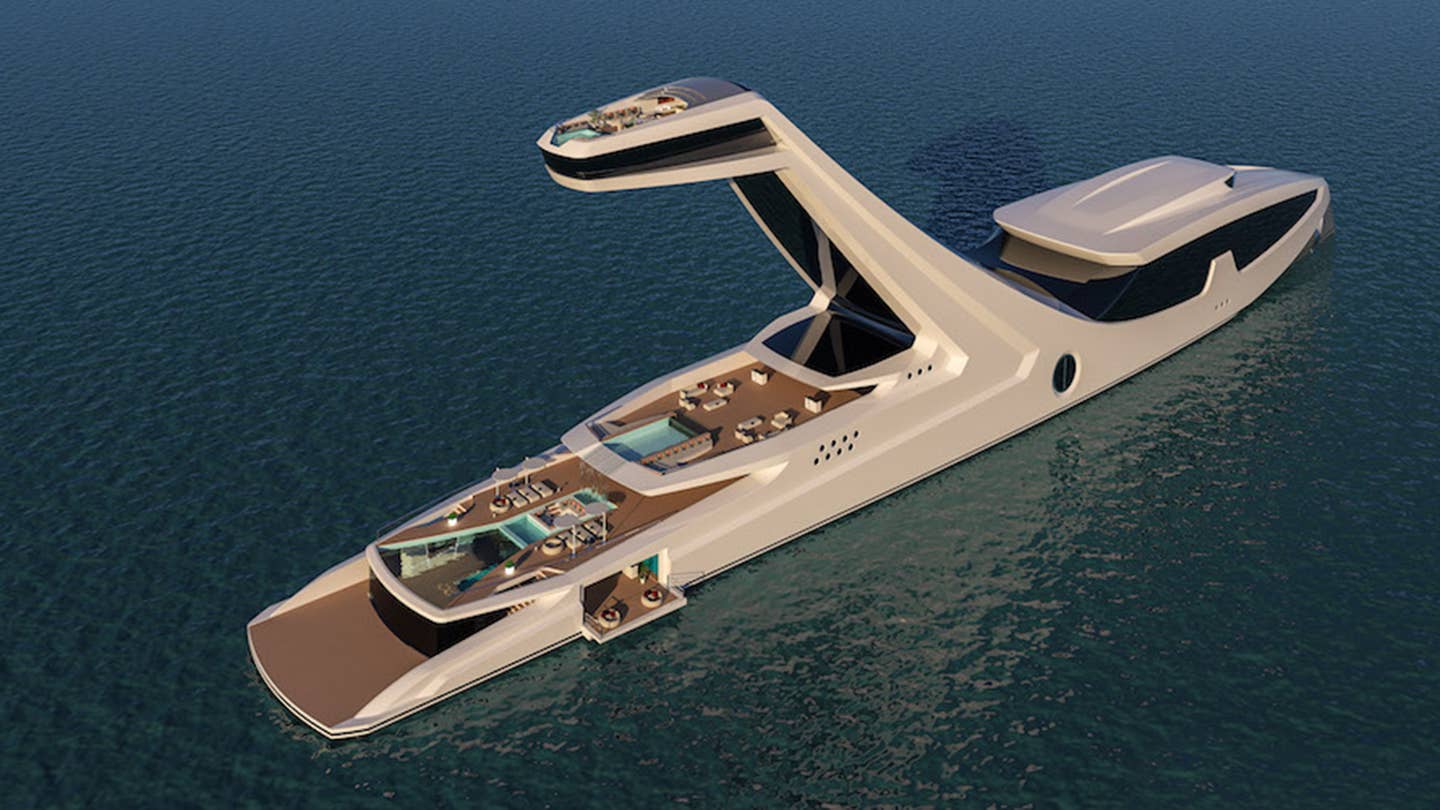 Almost any ultra-luxurious ocean-going yacht is going to be unique in one way or another, but the Shaddaimanages to be a little more special than most. Because unlike other megayachts, Shaddai has a 12-story-tall master suite hanging over the aft end of the ship.

Shaddai, penned by Italian yacht designer Gabriele Teruzzi, is a 492-foot-long yacht concept up for someone with very, very deep pockets and a lusting desire to gaze out from 124 feet in the air. The yacht is just vaporware for now, but thanks to its elevated living space, Shaddai would be a prime contender for the title of World's Tallest Yacht if it ever makes it onto the seas.

Maybe it's just our inner car geek seeping out, but The Drive can't help but be reminded of the spoiler on the old Plymouth Superbird when we look at that master suite. Like that massive wing, Shaddai's raised deck is ridiculously tall, beautifully obnoxious, and oh-so glorious.

In addition to the bedroom, this future silver-spooned yacht owner's master suite has an 1,130-square foot patio that looks absolutely prime for barbecues on the sea, along with a massive dining area, ample cushy seating, and its own private pool.

Life on the main deck isn't too bad, either. The lower level is packed with flat-screen TVs, a glass-walled pool, extending oceanside platforms, and its own waterfall. All of which sounds nice (and would be pretty much expected on a supremely expensive yacht)...but also kind of lame next to that sky-scraping platform.

Though there's no definitive word on how much it would cost to bring this ship into existence, The New York Post reported that Alberto Mancini, Teruzzi's boss at AM YachtDesign, said that it would likely cost around $250 million to build. Like we said, deep pockets.