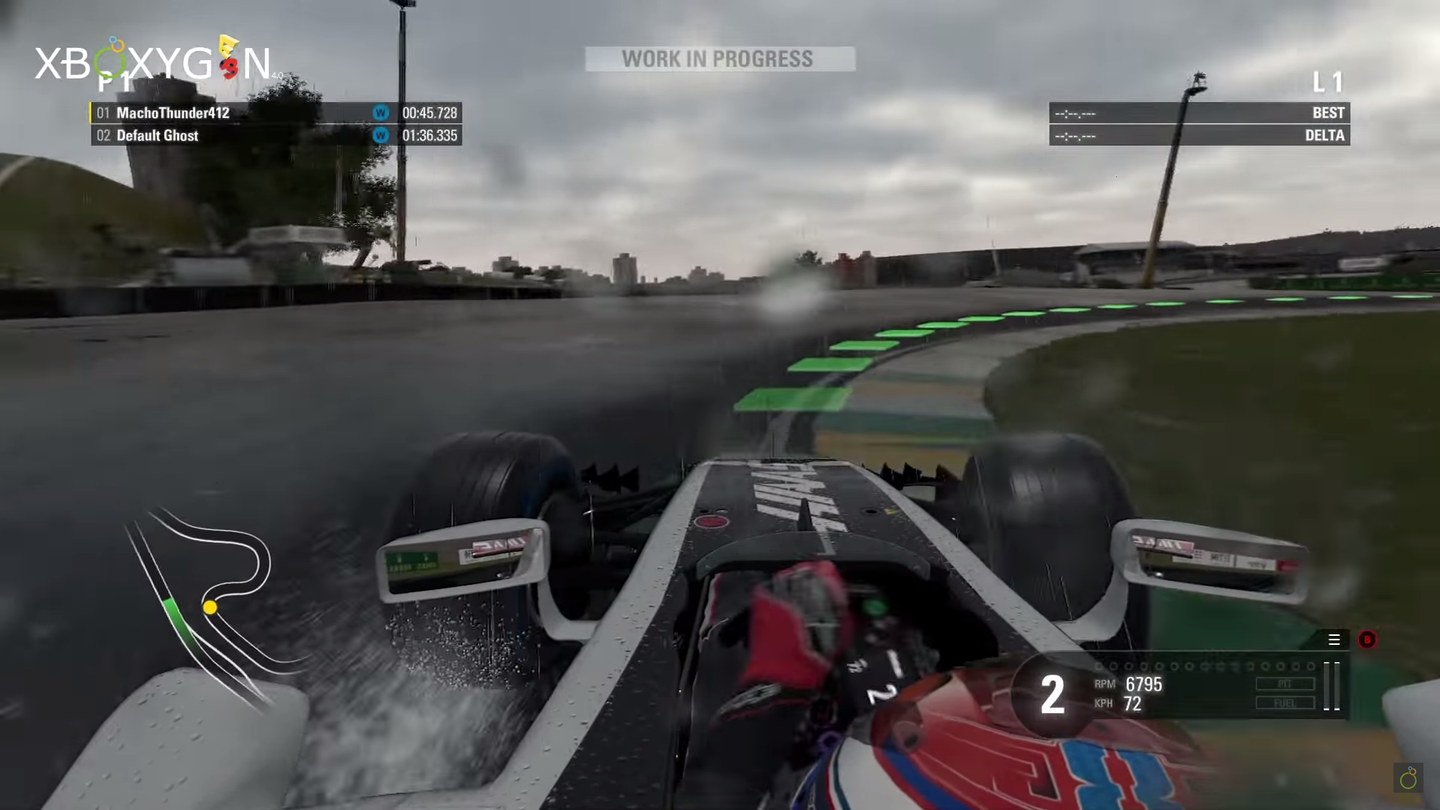 Brace yourself: The 22nd annual Electronic Entertainment Expo is underway in Los Angeles, and that means new video games. So. Many. Games. Headliners at the industry’s biggest trade show are about what you’d expect—the next Madden, a new Battlefield game, plus some wild new kit from Alienware.

The hyper-realistic formula simulator isn’t due out until late summer. But Codemasters has dropped some knowledge, as well as early live-feed gameplay footage, at E3. Early word is that this year’s installment will include some major upgrades, including the arrival of legit safety cars and a revamped career mode. That’s all great but, seriously, check out this eye-candy.

Three clips are currently circulating YouTube. All have been captured from time trial sessions on Xbox One, and feature Romain Grosjean's new No. 21 Haas F1 Team car. Our first look spans Circuit Gilles Villeneuve in Montreal, Circuit of the Americas in Texas, and Autódromo José Carlos Pace, home of the Brazilian Grand Prix.

A smattering of changes jump out right away. Namely in the overhauled HUD cluster, which now has a steering-wheel-style digital tach, plus a handy distance meter for when you're closing in on DRS zones. But the biggest deal? That wet weather clip.

Man, that wet weather clip. It looks absolutely glorious. The beading, the reflections, the sliding and massive roostertails—it’s an order of magnitude better than last year’s game. Give it, and the two other F1 2016 segments from E3, a look below. And, yes, can preorder the game here.