New series on Discovery looks to be the perfect mix of smart and goofy dumb fun, premieres tonight. 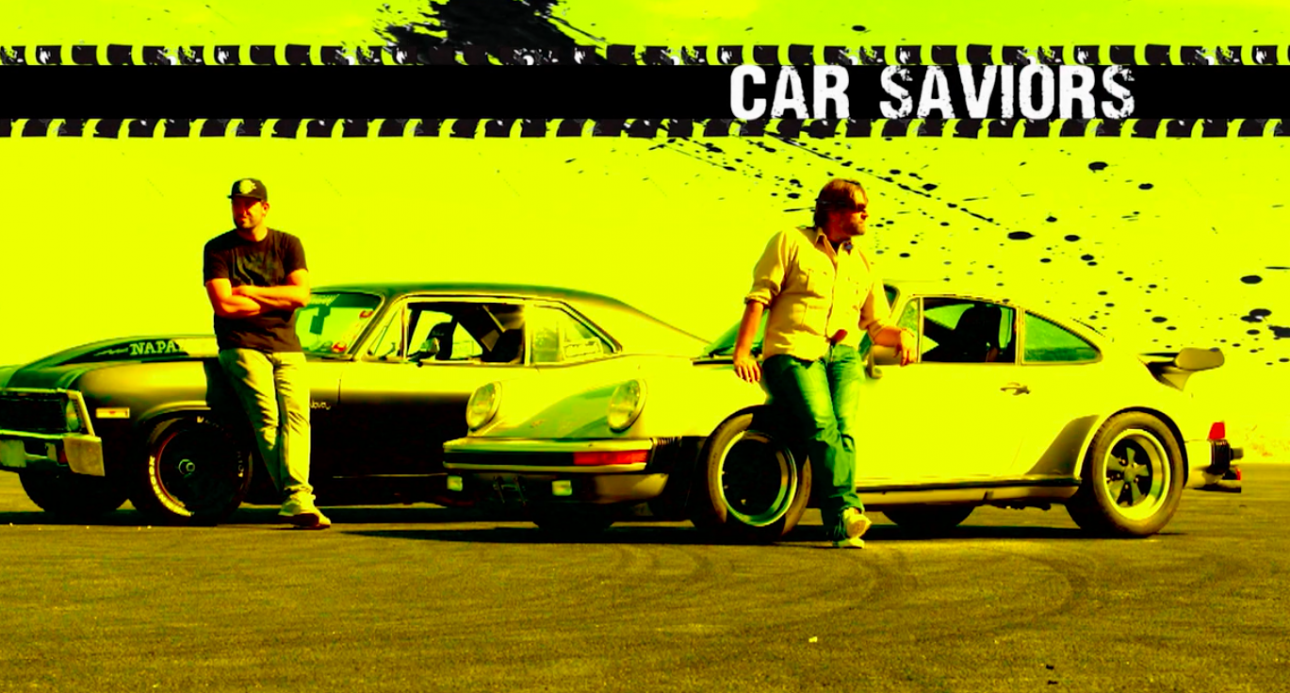 Based on three trailers, I think "Car Saviors" might have cracked the code for a smart, informed, and essentially fun take on the formulaic reality show premise. And if the trailers are any indication, it works because of simplicity.

When co-hosts Bryan Scotto, Hoonigan Industries chief brand officer, and racing driver-slash-auto-journalist Andrew Comrie-Picard (ACP) bet the planning rights for a Rolls-Royce build on whether ACP could drift the Rolls on a sandy lot, I thought, "That's exactly the type of stupid-but-interesting bet my friends would make. Maybe with an old Volvo instead of a vintage Rolls-Royce, but same basic bet, and same basic arguments before and during."

Even better, when they remove the engine, the potential obstacles and the fixes to those obstacles are described in detail; there's actual wrenching involved, and it properly communicates that somewhat masochistic debate-slash-wrestling match with a huge, inanimate object. And when the two are trying to get that same Rolls-Royce engine to fire, that mix of defense-mechanism cynicism and lottery hope is palpable through the screen; when the engine won't turn over you can feel the hard, cold garage floor and aching knees, and when it comes to life you get the special jolt of rightness with the world.

Aside from the fact that it's a basic odd-couple premise—ACP is the fastidious, somewhat grumpy historical purist to Scotto's Franken-mod wild card, and the pair do battle over the fate of the build—reality-TV tropes abound; pained faces get a quick and shaky zoom at the moment of frustration while clocks tick and there is a line upon which reputations are put. It's a simpler execution than what have become the closest thing in automotive entertainment to Peter Jackson spending the studio's money after The Fellowship of the Ring: the "Top Gear" (OG version) / "The Grand Tour" films. And they are referred to as "films," too, which I suppose gets the point across. So, "Car Saviors" looks to be (loosely) a contest-based reality TV show about cars—but really it's a just-smart-and-goofy-enough car show in the reality TV format. Because I have no problem with the latter.

That's the hope, anyway, and high hope based on just three trailers, but the world could use a different kind of kick-ass car show.