Watch This Short Clip of the New BMW 5-Series

NAIAS 2017 played host to the next Bavarian luxo. 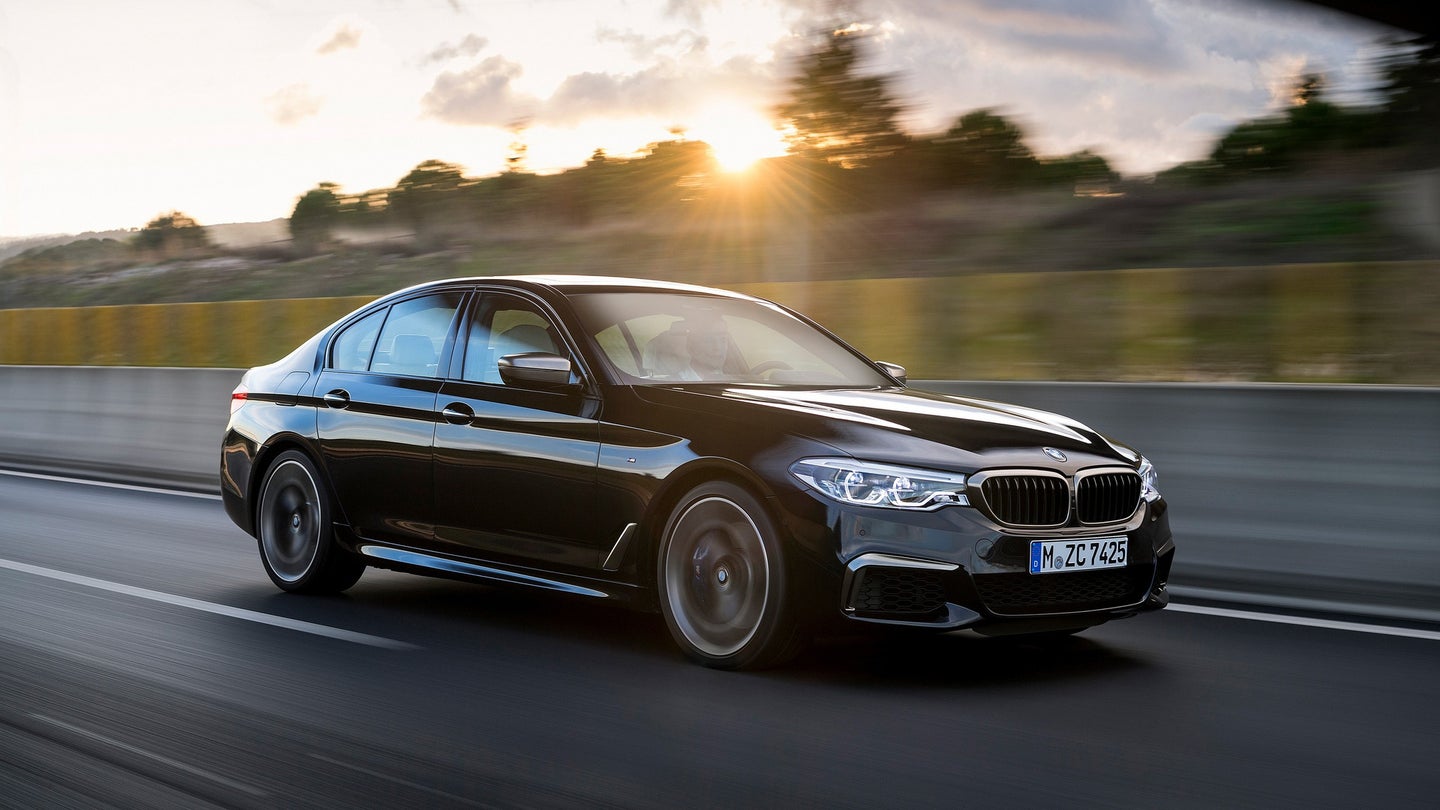 We're closing out on a busy two weeks of automotive news and gadgetry. CES 2017 kept us busy with plenty of new tech including autonomy and BMW's HoloActive Touch system. The North American International Auto Show followed shortly after at Detroit, giving manufacturers quite the stage to unveil their freshest products. BMW joined in, displaying their next 5-Series Sedan.

In this snippet, you'll get to see the design and tech of the future 5-Series. A collection of advanced features look like they will keep the German big at the front of the pack, promising more luxury and usability than any previous model. In addition to that, it'll be faster to boot.

Expect to see even more innovations surface for the 5-Series coming soon. As BMW gets crafty with driverless cars and EVs, this model could be the platform that you see it on first. It certainly looks like they got it right with this iteration.