The Next Generation Buick Regal is Stunning

Who knew you’d want one this much? 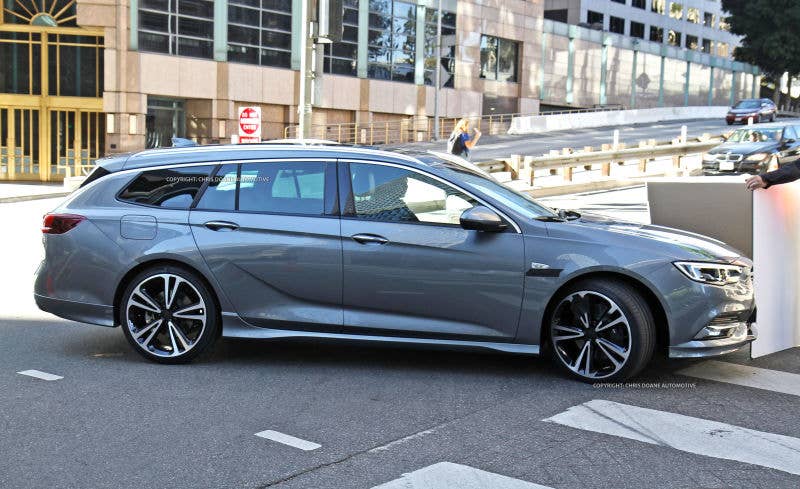 It's been unveiled! Originally scheduled for release during the 2017 Geneva Auto Show, Buick's forthcoming Regal has reared it's surprisingly gorgeous head. Caught on the streets camouflage and fancy-free, the Buick shows itself in the form of its platform sister, the Opel Insignia. The estate version was also spotted, meaning we may get a wagon variant of the Regal for the first time.

The design for both the sedan and the wagon ooze elegance. The headlights' LED signature should be a tell-tale sign of the car when you see it rolling down the street, paired with the upsized wheels shown here. This model appears to be at the top of the trim-spectrum, sporting the most features including the Brembo brakes that appeared on the last generation Regal. A swooping front 3/4 view is perhaps the most attractive angle for the sedan while the side profile compliments the wagon's opulence.

The next generation Regal will ride on the same platform as our current Chevrolet Malibu, the GM's Epsilon II Chassis. FWD will come as standard with an available option for AWD, complimenting the 259 HP from the previous Regal's 2.0T I4 when equipped. Expect to see the full release of the sedan in its Buick form next March at Geneva, displaying its US Spec features. The Insignia Wagon has been spotted testing in the US before, so it seems as if Buick is seriously contemplating bringing it to our shores. We're always game for another stylish station wagon here in the States, so we say "go for it!".

Regardless, GM has certainly wowed us so far with the exterior of each interpretation. Models should hit showrooms shortly after their reveal as they already have a majority of the architecture on hand. Buick continues to dazzle us with each new model they debut, joining Cadillac in America's hunt for luxury triumph. The Regal should continue the upward trend that we've seen from the company as of late. I mean, just look at it.