Dated but gets the job done. 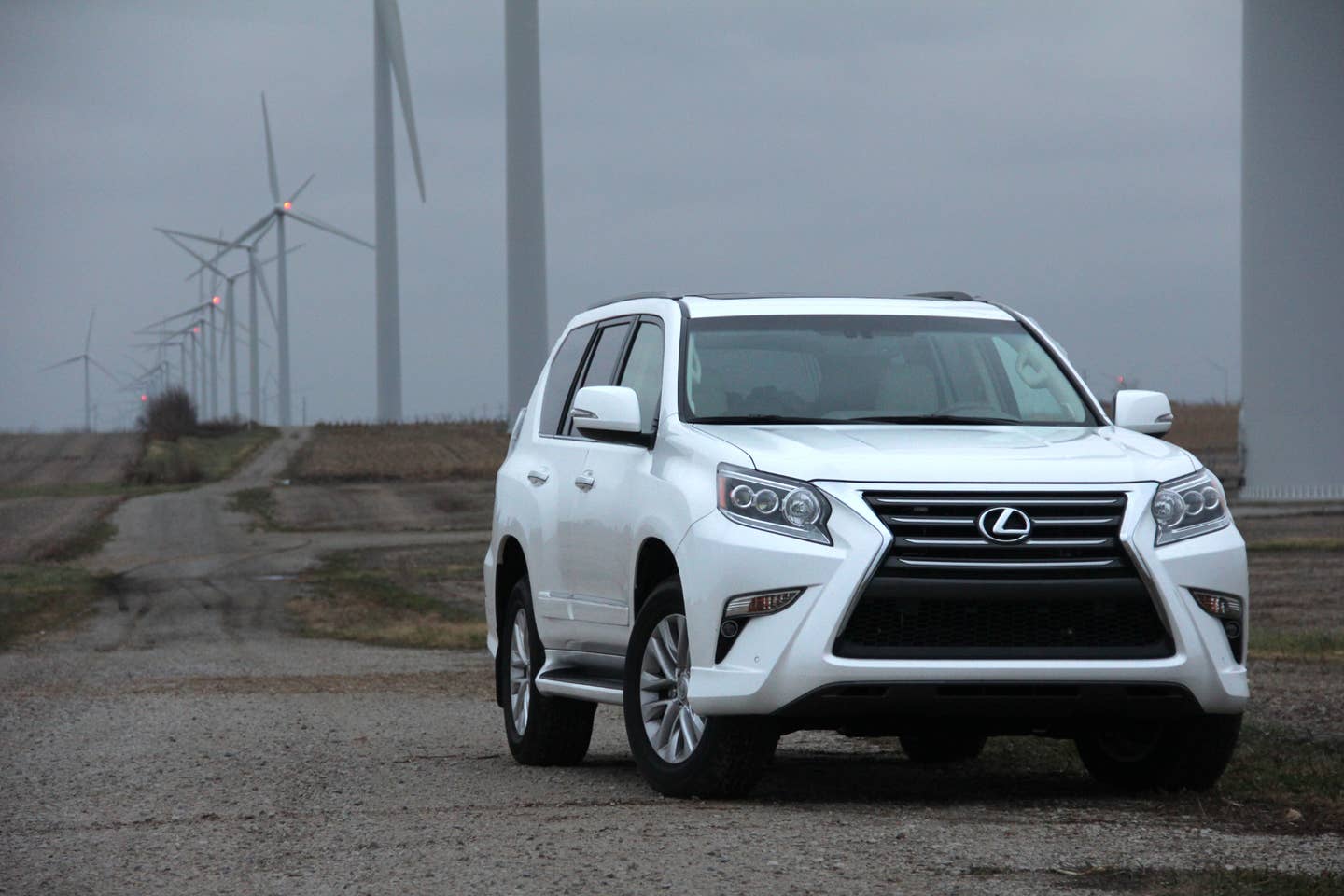 A few years ago, the second-generation Lexus GX 460 received an aggressive and necessary facelift. The updated, bold front fascia truly transformed the lackluster Lexus into a crossover with some serious bite. Especially in the Starfire Pearl hue, this luxurious head-turner leaves soccer moms in Odyssey vans pitifully pouting.

For my annual Thanksgiving excursion, I took the Lexus GX 460 on the road from Atlanta to Chicago to truly test its travel talents, daily use and overall appeal. With the journey in mind, attributes such as cargo capacity and comfort were certainly high on the list. The GX 460’s first red mark was revealed early while loading luggage. With my hands full of bags, having to drop everything to open the barn-door-style rear hatch was aggravating, to say the least. Virtually every luxury SUV on the planet has a power lift gate making this both confusing and unacceptable. Thankfully, Lexus saved a few cool points with the rear glass’s ability to open separately with a touch of a button. Unfortunately, you can’t fit a suitcase through the opening.

Even though the exterior was the beneficiary of an update in 2014, the interior was not so lucky. The inside of the 2017 Lexus GX 460 is dated and the styling of the dash is so prehistoric that it could almost pass for vintage. The instrument cluster follows this throwback theme as it appears to be left over from the early ‘90s.

What saves the interior for me is the wood, more specifically, the mahogany-appointed steering wheel. The upgrade gives the cabin an air of opulence and serves as a reminder of the cash you forked over. The leather seats are fairly standard - comfortable and soft to the touch with a modest design. The optional heated and ventilated seats were a lifesaver in varying climates, too.

The infotainment system is fairly easy to use but a bit archaic. The navigation is quirky but I ended up just using my phone for directions mainly because it was easier.

I have no doubt the GX 460 can tackle some serious terrain. However, the only person taking this Lexus off-road is possibly the fifth owner - 15 years from now. If you’re buying this vehicle brand new, you’re hauling kids around to lacrosse practice or taking road trips to visit the fam. As capable as the GX is in treacherous conditions, its on-pavement prowess falls a bit short. Highway driving is certainly smooth and effortless but if the situation calls for a high-speed lane change or maneuver, brace for body roll. Thankfully, no one who buys the GX 460 expecting to lay down some serious times on the autocross course. More than likely, the potential consumer simply wants to coast and the GX 460 does so masterfully. To get you between stop lights, the 4.6-liter V8 engine is more than equipped as it boasts 301 hp and 329 lb-ft of torque. Plenty of power to haul your little ones and all their gear around town.

For whatever reason, the Lexus GX 460 continues to do quite well in the sales department. Since the facelift, they’ve more than doubled their U.S. units which is impressive as competition continues to mount. I attribute the GX 460’s popularity to the aggressive exterior, Toyota dependability and reasonable price tag. Our test vehicle was fully-loaded and right under $58,000. These days, you can’t even get near an Escalade for that. Not bad for a vehicle that looks like an LX470, performs like a more-powerful 4runner and looks good enough to be the envy of all the soccer moms. Not a bad value prop!