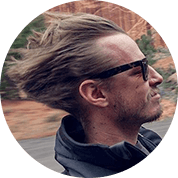 Rainfall overnight has all the streams in Hana running high. This is the lush, tropical side of Maui, where rain falls hard and guts great canyons through lava flows and sticky red mud. After three hours of rain, water’s rushing across the tops of rocks; three hours after that, I’m behind the wheel of the 2017 Toyota Tacoma TRD Pro, engine blipping and brake servos clattering loudly, as Crawl Control wrenches the Taco over the slipperiest of those same rocks.

Midsize trucks suddenly get big when you're driving them down rock-strewn stream beds, and they get awfully short when you drive them down sheer faces of crumbling pumice. Is this a realistic test for the average workday for Toyota’s hardcore off-roader, the Tacoma TRD PRO? Absolutely not. Neither is a long, sideways drift through a muddy field, or a bumpy, high-speed thrash through tall tropical grass lands. But is this an accurate representation of expectations for the intrepid, beefed up Tacoma? Absolutely. All this and more.

Maui is covered in Tacomas. Occasional new trucks show off the Taco’s current aggressive front end, but many more are wrapped in the soft utilitarian lines penned 25 years ago at Toyota’s California design studio. They’re farm trucks, and everyday trucks. Surf wagons. RV’s. They’re everything to their loyal owners, and they might be beat to hell, but they’re loved. These old trucks bear the stab wounds and long scratches of a life battling sharp rocks and thick brush in a place that is equal parts hard-assed and stunning.

The Tacoma TRD Pro is hard-assed, too, comfortably up for the challenges Maui throws at it. The toughest of the Tacomas returns from a short sabbatical with a one-inch lift, a one-inch wider track, and a big suspension upgrade to Fox 2.5 internal bypass shocks and progressive rear springs. There’s a vent in the hood, an inclinometer built into the display, and a GoPro mount built into the windshield. It’s a nice place to hang a camera when you’re slinging the Tacoma sideways through pastures of east Maui’s smacking, sticky mud.

Drifts don’t come easy. Toyota’s conservative traction and stability control takes a stab of a button, then a long hold to disengage. Even then, it never disengages completely. More frustrating for the tail-happy and the performance-inclined, trail braking is near impossible to coordinate smoothly, as applying even a little brake electronically snuffs your throttle input. Blame unintended acceleration fallout, or a conservative engineering culture—or the fact that most folks with the most off-road capable Tacoma ever probably won’t feel the itch to do much more than a donut in the snow. The Tacoma’s direct-injected, 278-hp, 3.5-liter V6 has plenty of power. Slinging mud up the fenders? That’s no trouble. But long, artful slides, breathing on the throttle? You’ll tear your hair out and add it to the Maui mud.

But the electronics that hold you back also help you out when things get good and hairy—especially in the automatic transmission-equipped TRD Pro. A push of the overhead Crawl Control button engages one of five modes that automatically blend throttle and brake actuations to creep the Tacoma up and down obstacles that have every right to get it stuck.

Maui has two different kinds of lava flows: pahoehoe and a’a. The glassy black stuff is pahoehoe. A’a is the savage and un-walkable sharp stuff that looks as if it should rip tires to ribbons as easily as it would your tender skin. A’a is also the stone that running water exposes, and erodes away, but never wears smooth. And it’s the jagged stuff you’ll find in great heaps marking up the banks of a stream on the east side of the island, should you find yourself off-roading there. Kevlar sidewalls help keep punctures at bay, but harried hand signals from a spotter help more. By the time the short stream bed transit is complete, the Tacoma hasn’t just dug itself out of a slick spot, it’s managed to ascend a stone that has me looking out my side window, down into the stream itself.

It’s a classic Toyota truck perch inside. Comfortable, not too fancy. The TRD Pro comes with leather seats, a nod to the muddy work of off-roading. And some badging, a nod to its perch atop the Tacoma hierarchy. Knobs for the radio, knobs for the 4WD controls and the Crawl Control and a little flat screen that does its job quite nicely. A nod to trucks really needing just that, and not much more.

If there's any trouble in paradise, it's the Tacoma TRD Pro's price tag. Equipped with a six-speed manual—the way I'd order it—the Tacoma TRD Pro boasts a $40,760 MSRP. Seen looking upward, from the rest of the Tacoma lineup, the Pro package doesn't charge a big premium for upgraded suspension, leather, a cat-back exhaust, and a set of Rigid Industries fog lamps. A 4X4 Tacoma TRD will already run you around $36,000; equip a TRD Pro with an automatic though, and you'll tack on another $2,000. It's not a giant leap, but it's ever-closer to the 450-horsepower Ford Raptor's $48,325 base price.

That's the trouble with mid-sized trucks, as they creep ever further from their utilitarian origins. The Tacoma TRD Pro is almost boundlessly capable. It's also entertaining and presumably reliable, because Tacomas are and always have been, so it's an easy truck to recommend on its merits alone. But as a bargain proposition, it's a tougher call. Especially when you'll find more fun for your money the further you look down the Tacoma lineup. 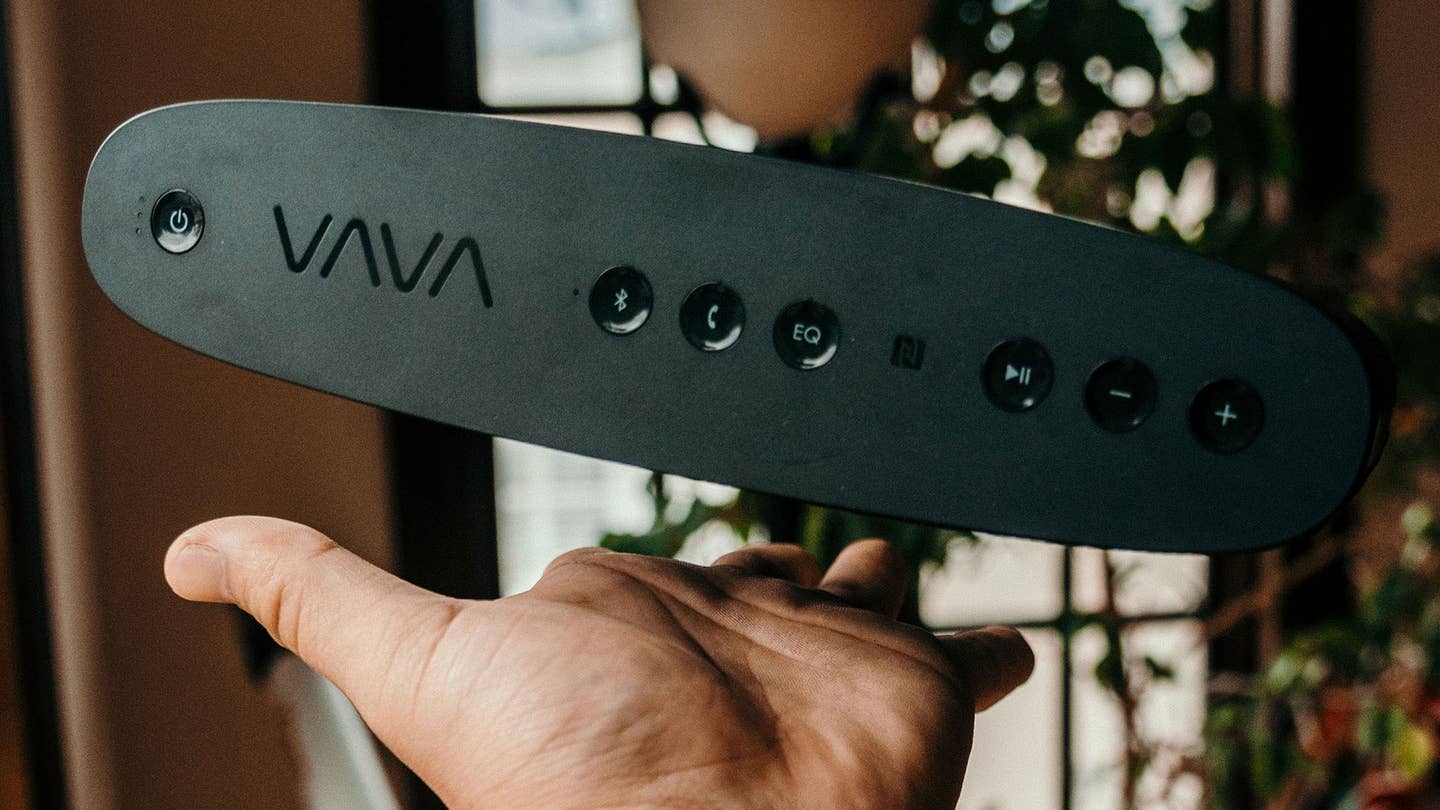 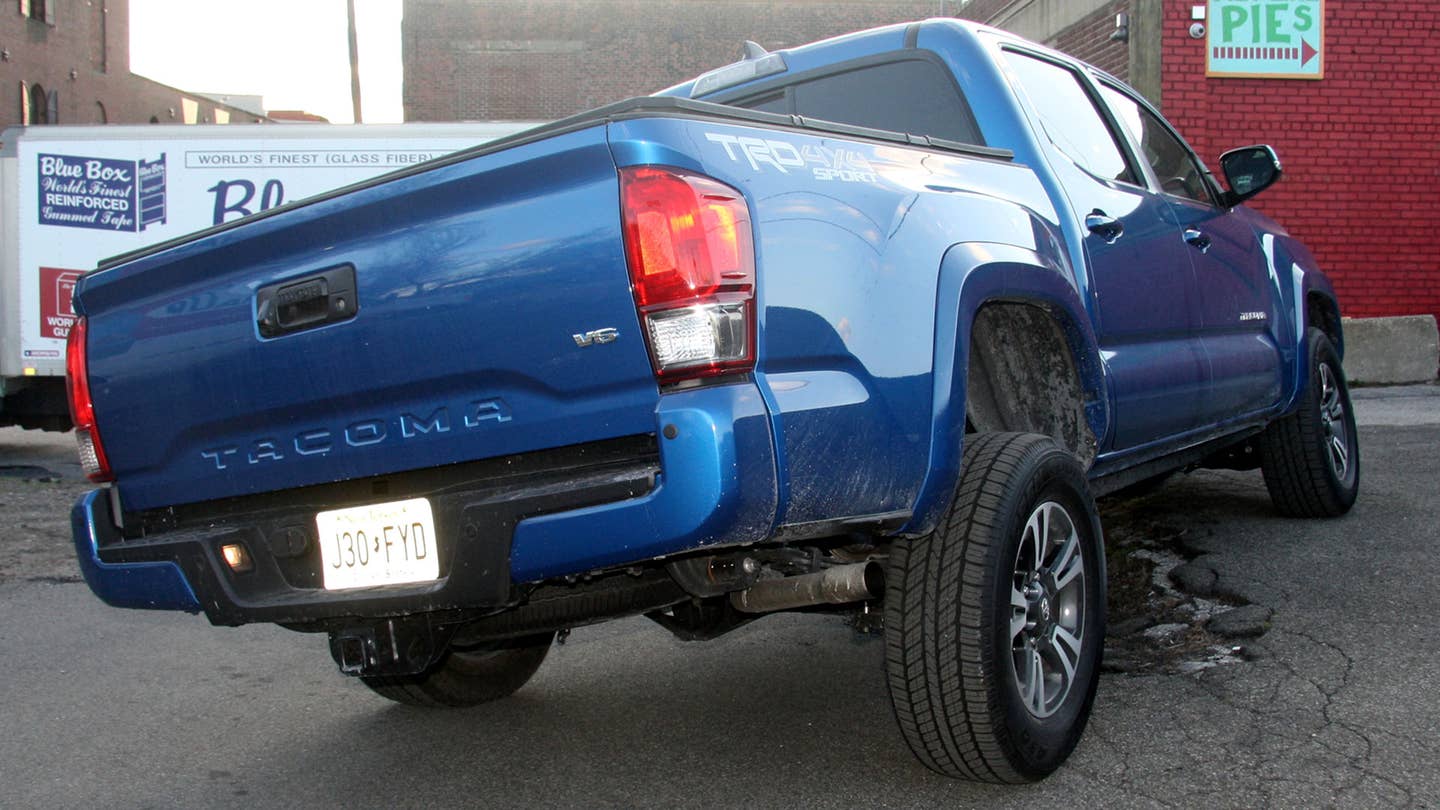 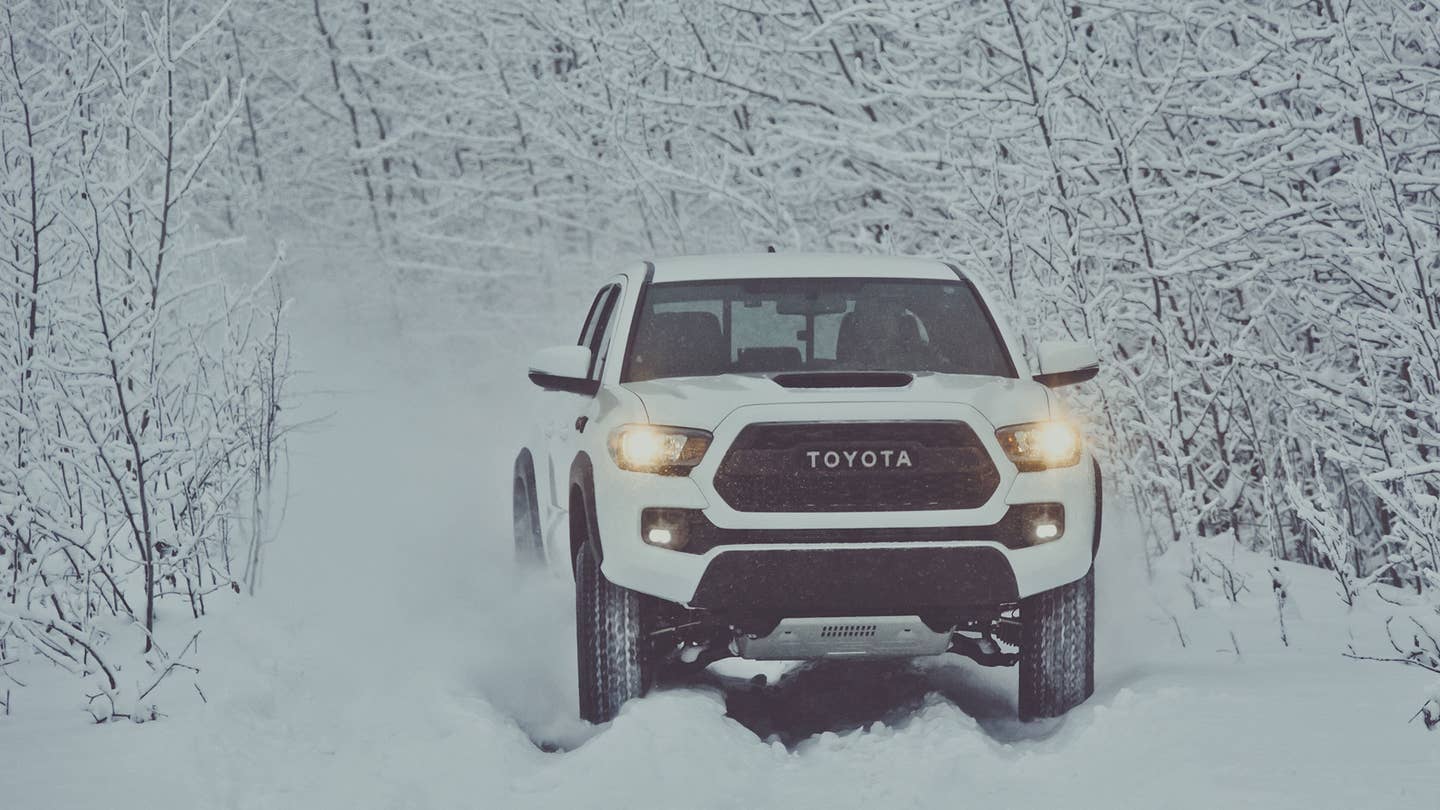 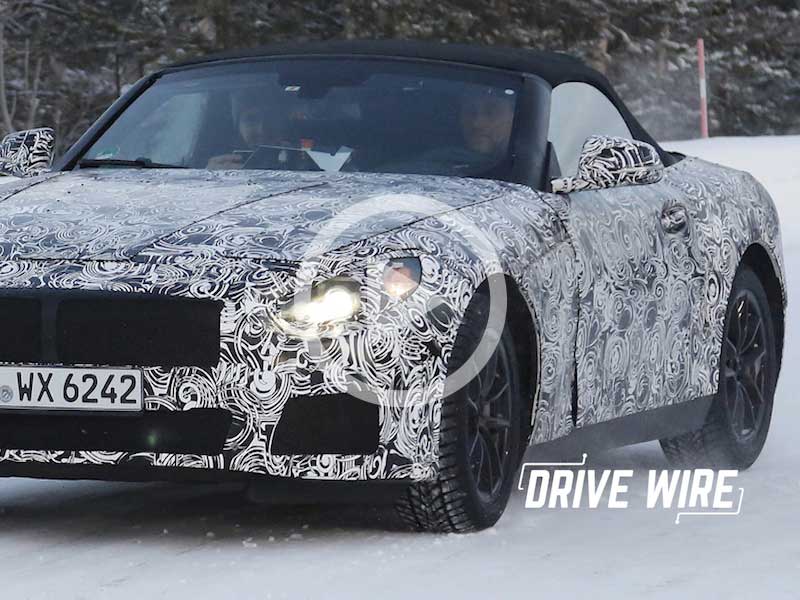 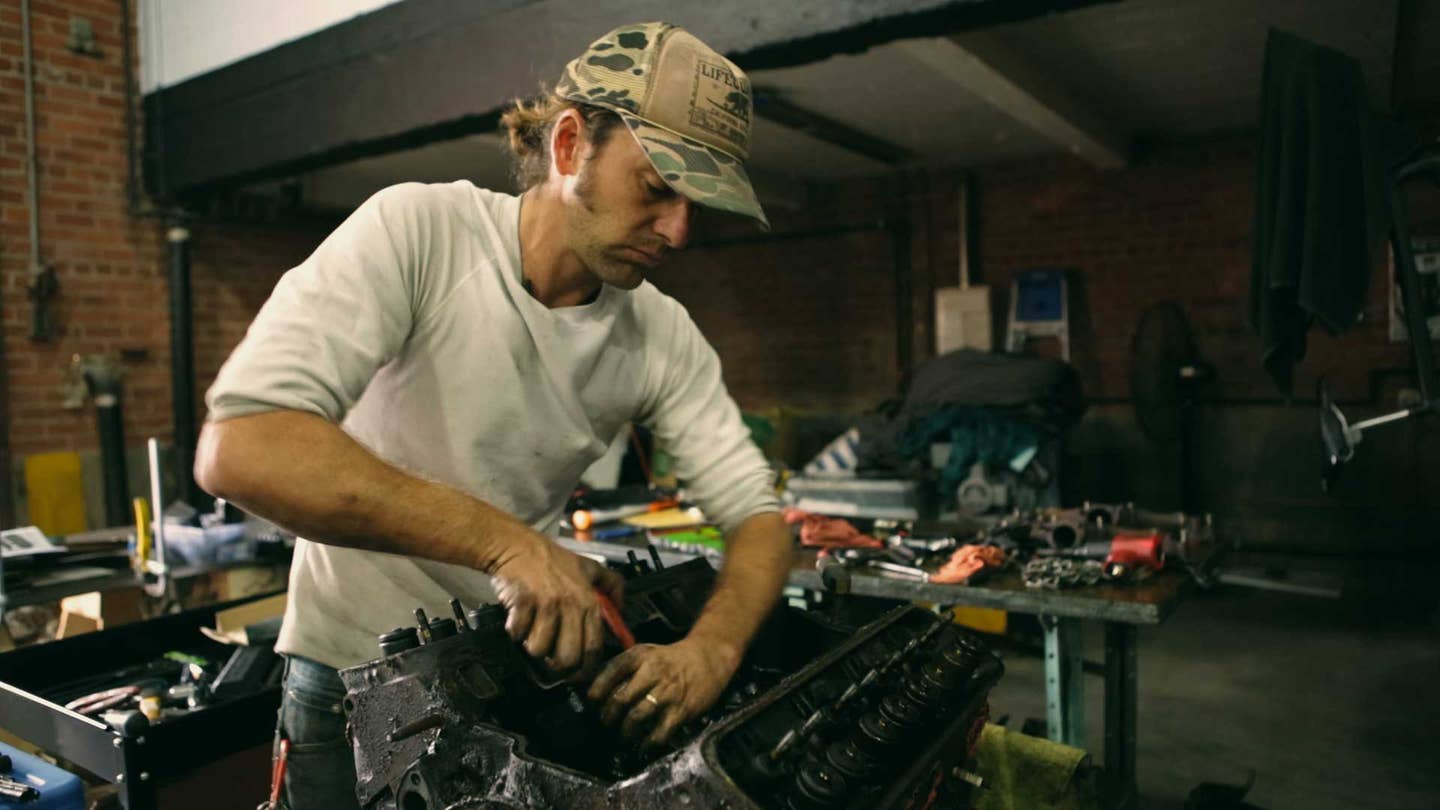