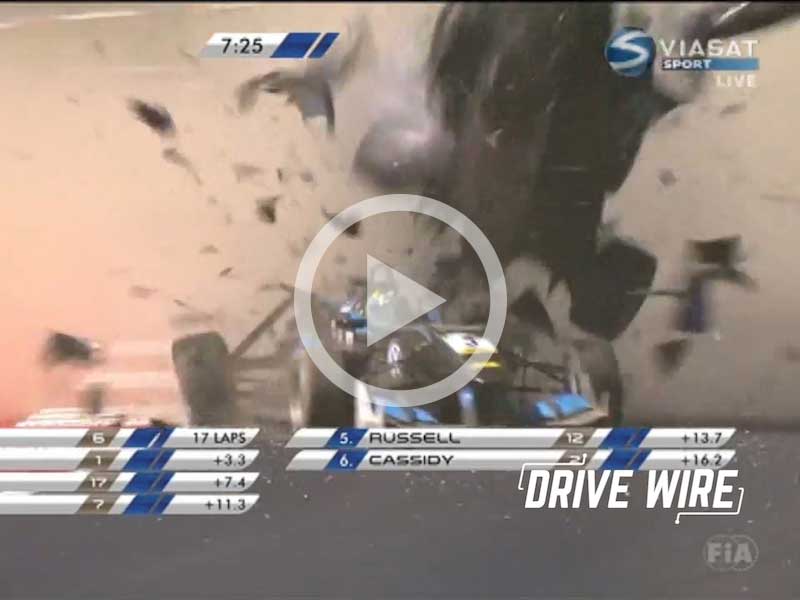 If for some ridiculous reason you didn’t already know that motorsports are dangerous, let this video serve as a clear reminder. Check out the action from this weekend’s formula three race as Ryan Tveter goes off-track and collects a cloud of dust and gravel before re-entering the racing line. That cloud hides him from Zhi Cong Li, who slams into the rear of Tveter’s car and launches himself in a spiral through the air. Then it’s Pedro Piquet’s turn to glance off Tveter’s car, just to add to the excitement. The race was halted immediately after the crash and Tveter and Li were hospitalized. Li suffered injuries to his heel and four vertebrae; Tveter was airlifted out for treatment of unspecified injuries, but reports say all will recover. Say what you want about safety in racing, but not to long ago, this would be a very different report. Best of luck to all three racers from all of us at The Drive.

And be amazed no one died.