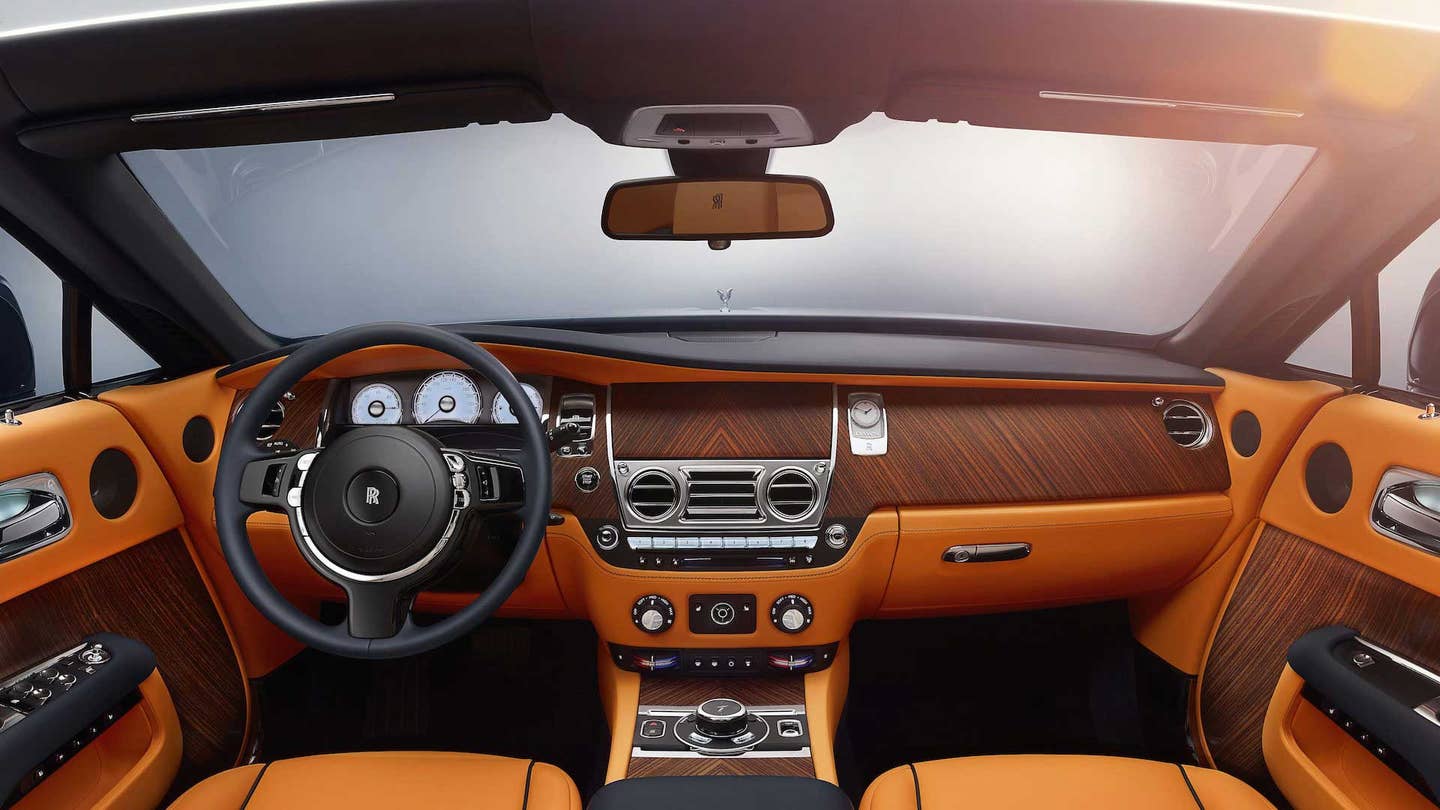 It’s morning again in America. At least, for people who buy Rolls-Royces.

Back in 1984, Ronald Reagan trotted to his reelection with a presidential campaign that tied him to the country’s economic growth. The flagship ad, colloquially known as “Morning in America,” deployed a carousel of families and an avuncular narrator to assure voters that the U.S. was a shiny place experiencing a new era of prosperity. If 1980 had been Jimmy Carter’s sweaters, energy crises and lust in his heart, 1984 was double-breasted Brioni suits, the deregulation of crude oil products and 82 gold medals for the U.S. at the Summer Olympics in L.A. “Morning in America” invited the country to luxuriate in the sun-drenched glory of low interest rates; hop into a mortgage, the water’s manageable.

Thirty years on, Rolls-Royce has repackaged that sparkling message into a press release for their appropriately heliocentric new convertible, the Dawn.

At open, Rolls suggests that the Dawn signals “an awakening, an opening up of one's senses and a burst of sunshine,” a kind of post-Recession renaissance for the rich. Emerge, ye hedge-funding, polo-ponied few, from behind your Tom Ford shades and dim interiors of chauffeured Suburbans! After a half-decade where being exceedingly rich—or at least to demonstrate as much—was considered gauche, the tides have shifted. The calls to action are all about emergence; the Dawn is for “those beautiful people who wish to bathe in the sunlight.” Picture: the vampiric beings crawling from panic rooms and pool houses into the sparkly sunlight of a new Gilded Age, squinting but surely smiling. Throw back the roof and thrust yourselves down the Dawn road. It doesn’t matter if you hit a mutt—Borzois are the only pups worth their chow!

Rolls casts the Dawn as a “tentative, anticipatory state”—all quivering, virginal and aroused. This car must be intended for a younger audience, because language that titillating has been proven to overcome even powerful beta-blockers. The Dawn seems a car whose tagline might be, “In the Dawn, every morning is the morning after.” Mssrs. Rolls and Royce, you’re trying to seduce us.

Tonally, things dip quickly from sensual to serious, as Rolls reminds us, “It is always darkest just before the dawn.” What dark domain does Rolls-Royce purport to be illuminating with its super-luxury convertible? The text ties the quote to the era of the postwar, coach-built 1952 Silver Dawn Drophead, in which a world emerged “from a period of economic austerity.” Such dramatic language, heard most recently from Two-Face in Christopher Nolan’s pitch-black The Dark Knight, seems a little, well, appropriative.

According to Rolls-Royce, though the Dawn has not yet arrived, orders have “far exceeded expectations.” For the richest rich, the sun is fully out and shining.