This Smart ForTwo Is A Sooty, Diesel-Powered Drag Car

Illegal in three states and counting. 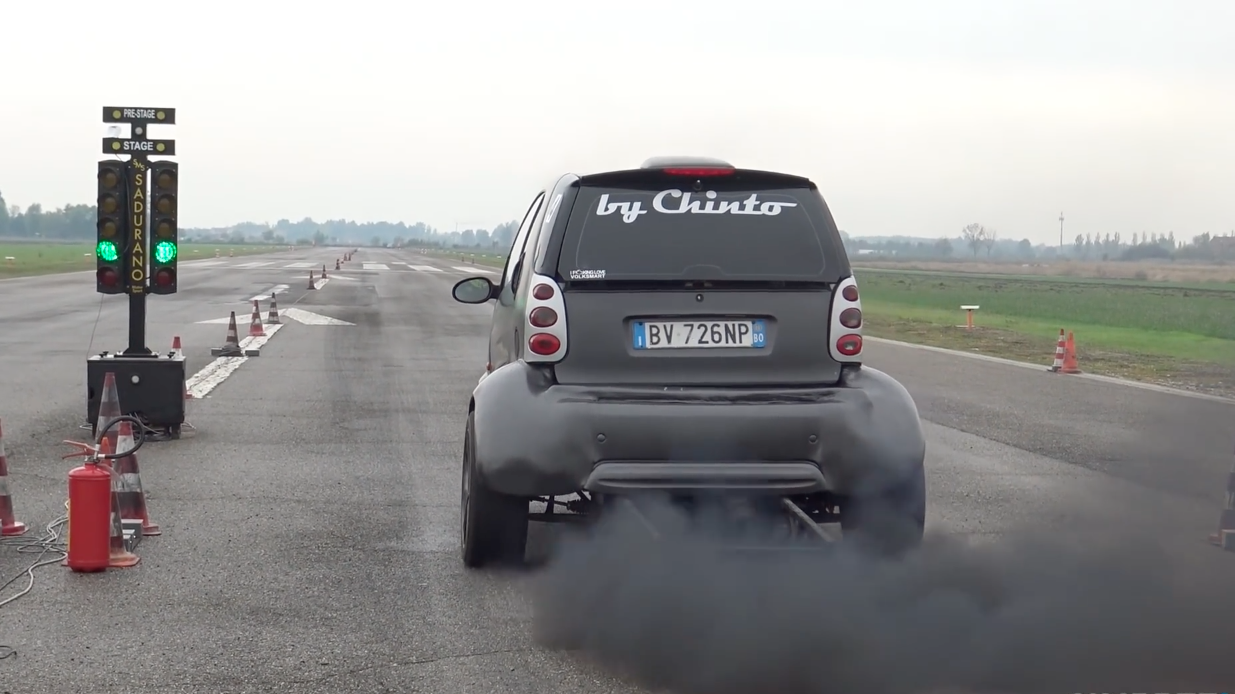 Ever seen a Smart ForTwo with a wheelie bar? No? Well, you have now. It seems someone has built a Smart ForTwo, and swapped out the hand mixer of an engine for a 1.9-liter Volkswagen TDI diesel engine and accompanying transaxle, and dressed the rear-mounted engine back up in bodywork so inflated that it would not look out of place at a formal party in Victorian England.

The factory engine in the second generation of Smart ForTwo gets no larger than 1-liter, making 83-horsepower and 89 pound-feet of torque. The 1.9 TDI swap bumps horsepower up a fraction, but torque is more than doubled, at 177 pound-feet, according to Edmunds. This TDI engine is almost certainly making more than that, though, as the smoke left in its wake suggests a heavy re-tune. A well-tuned diesel, however, rarely emits these clouds of black soot, which are the result of a rich air-fuel mixture.

So what does all this custom work and retuning return on the drag strip? A low 13-second pass. Even the 2018 Ford Mustang GT is an 11-second car from the factory, and while this ForTwo probably cost significantly less to build, we must call to mind the immortal words of Dominic Toretto, "It doesn't matter if you win by an inch or a mile, winning's winning."

At least this car makes enough smoke that nobody can see how many lengths you were walked by. That's a plus.