Our neighbors to the north get the sweet little streetfighter while we’re still left in the dark. 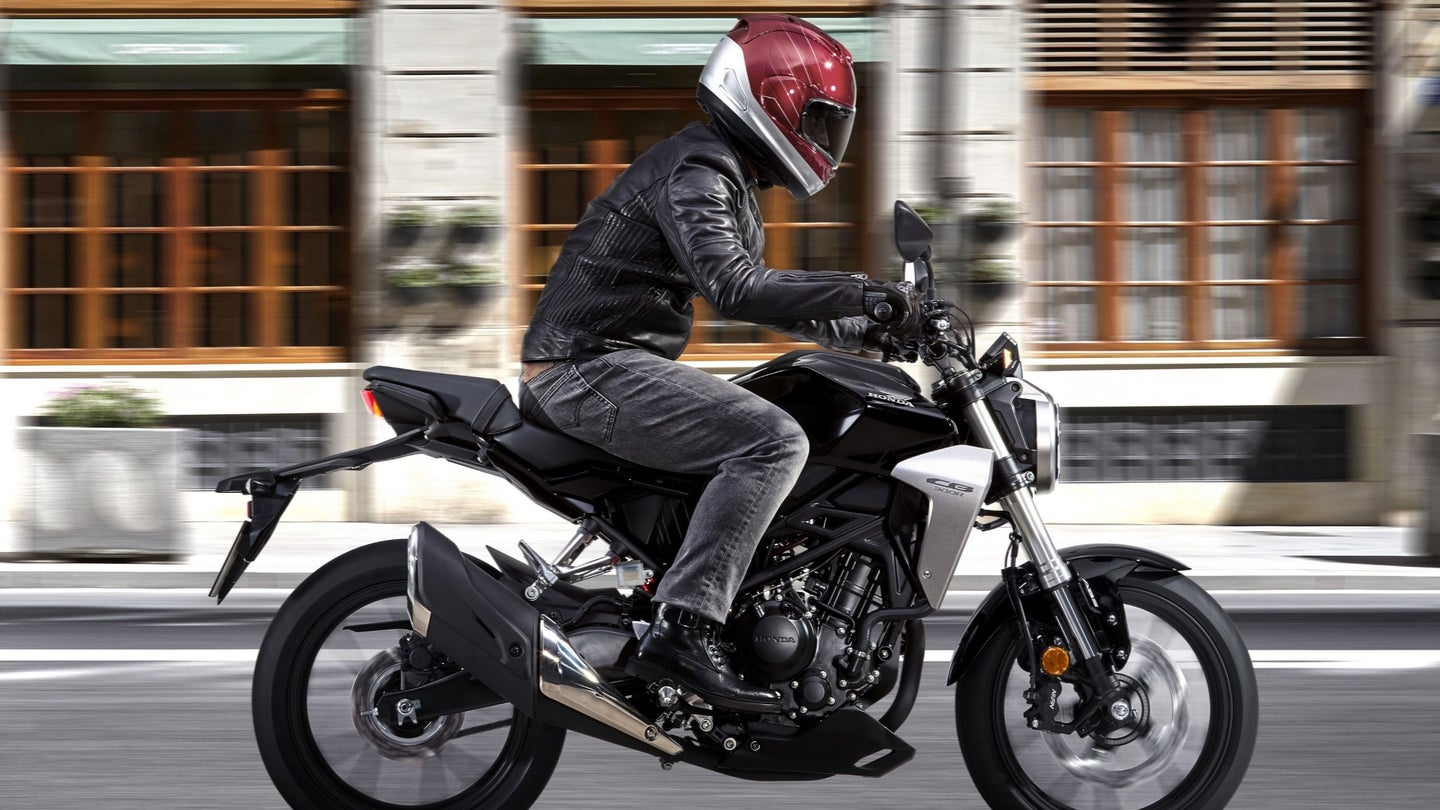 Among the many exciting new motorcycles that Honda is introducing this year is the sporty little CB300R. This pint-size streetfighter is replacing the CB300F as the second smallest member of its sports bike lineup (the smaller Grom technically counts as a sports bike). The CB300R has the same liquid-cooled single-cylinder engine as the CB300F with a new chassis and the fantastic retro/modern “neo sports cafe” aesthetic that’s spreading through Honda’s lineup of naked bikes. There’s just one thing: The 2019 Honda CB300R was just confirmed for Canada but we don’t yet know if it’s coming to the U.S.

Between the inclement winter weather nationwide and a smaller population, Canada is a much smaller motorcycle market than the States. Frankly, we’re not really sure if the bike’s confirmation for the Canadian market is good news or bad news for the U.S. On one hand, it seems that if Honda will sell it in Canada, of course, it will sell it here. On the other hand, if Honda were going to sell it here, wouldn’t the company have released that info by now? We’ve been waiting since the bike was first unveiled at EICMA in Milan back in November. We reached out to Honda asking about U.S. availability and haven’t heard back.

We don’t know the performance numbers yet for the Canada spec bike, but we know that the European model will make 31-horsepower and 20.3 pound-feet of torque. The CB300R has a shorter wheelbase and a taller front suspension than the outgoing CB300F and most importantly, it’s 40 pounds lighter tipping the scales at just 315 lbs. A lower weight and a shorter wheelbase will surely make for a much more fun and maneuverable bike. It comes with some nice standard tech features like anti-lock brakes, full LED lighting, and LCD instrumentation that looks very nice for a small bike like this.

While we can’t say for sure, we have a pretty good feeling that the Honda CB300R will come to the U.S. Pricing is as mysterious as availability, but the current CB300F starts at $4,349 and should the new CB300R come to our shores, it should be around the same price.

These Are the Motorcycles We Are Dying to Ride in 2018

The new Honda CB1000R Neo Sports Cafe is a performance street fighter wherein the aesthetics of old converge with modernity.