These Cars Will Not Make It to the New Year

Here are the models that were discontinued in 2017. 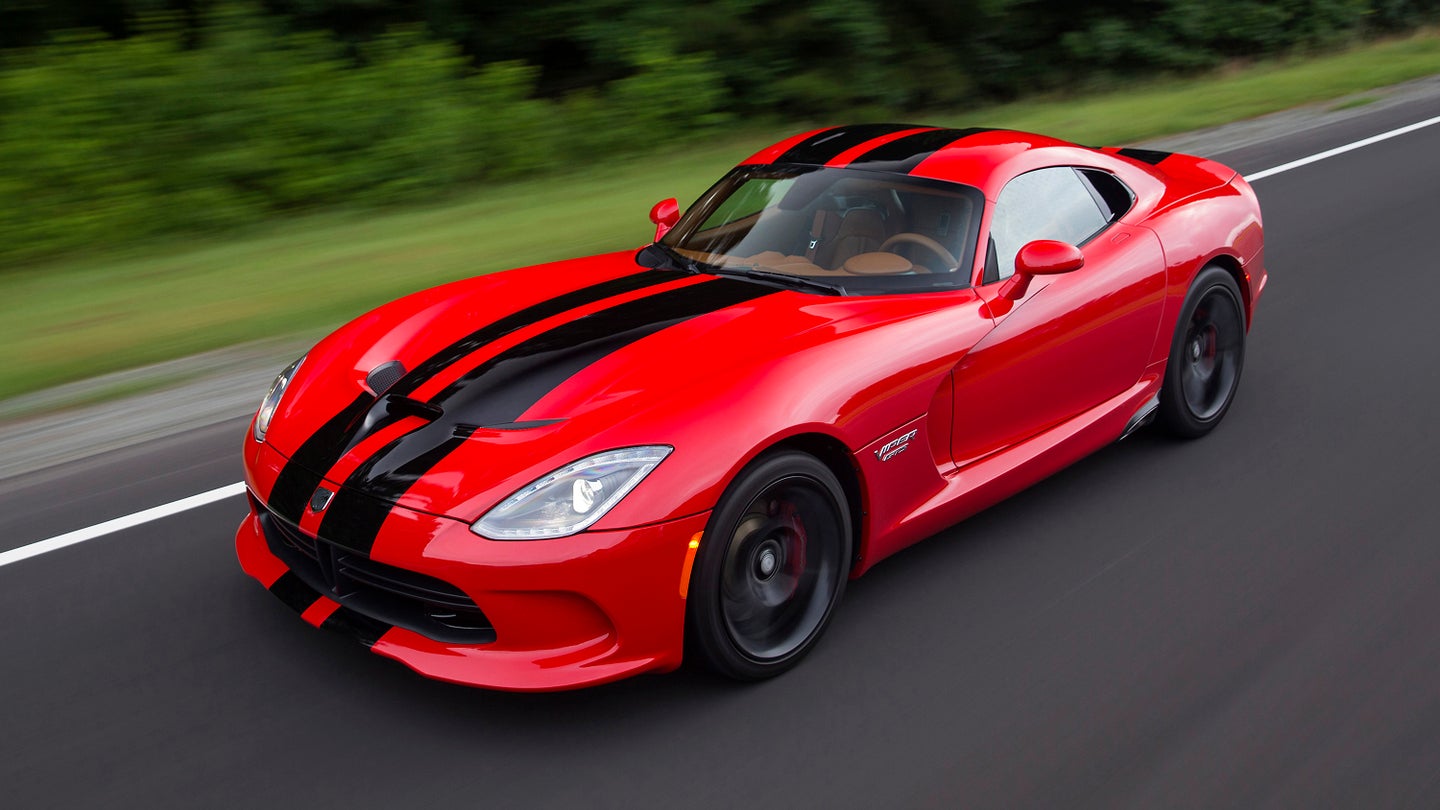 This past year has brought many new cars. From the controversial Acura NSX supercar to its smaller hot hatch sibling, the Honda Civic Type R, the VTEC has kicked us into a new era of automobiles. Electrification and automation are more prevalent than ever in an effort to reduce carbon footprints and promote safer roads. As we go into 2018, we leave behind an assortment of vehicles that simply could not keep up with the times.

Consumer interest has recently shifted toward crossover SUVs. As a result, a surprising number of cars are either being replaced or getting axed altogether from their manufacturer's lineup, notes USA Today. Gone but never forgotten, which begs the question: Which one will you miss the most?

Buick is doing away with its entry-level Verano. The compact luxury sedan was never a hit in the United States, with sales having peaked in 2013 and steadily declining ever since. China, on the other hand, has received a redesigned Verano that is both bigger but also lighter than its predecessor. The 2018 Regal will step in as the luxury automaker's sub-$25,000 model stateside.

The Chevrolet SS was General Motor's third and possibly final attempt at an underrated performance sedan. Back when Pontiac was still alive and kicking in 2004, GM reintroduced the GTO nameplate with the help from the land down under. The Holden-based four-door had a simple formula: Big LS motor upfront with enough seats to be practical. The GTO went on to be replaced by the G8 and when Pontiac was killed off, GM reapplied this formula with the Chevy SS. What we got was a 415 horsepower sedan for nearly $50,000. Another $5,000 and you could do away with two doors and get into the Corvette which significantly outsold the SS. With Holden having ceased production in Australia and ditching the V8 powered rear-wheel-drive platform, a successor is highly unlikely.

Chrysler's entry-level vehicle is on the chopping block just like its cousin, the Dodge Dart, was the year before. The 200 was one of the first cars developed by FCA after Chrysler filed for bankruptcy protection back in 2009. A decision by FCA to focus on crossovers and trucks meant the 200 and Dart did not have a future. Earlier this year, CEO Sergio Marchionne told Autoblog, "I can tell you right now that both the Chrysler 200 and the Dodge Dart, as great products as they were, were the least financially rewarding enterprises that we've carried out inside FCA in the last eight years. I don't know one investment that was as bad as these two were."

The Dodge Viper is an iconic American supercar. Powered by a rare naturally-aspirated V-10 engine, it has made a name for itself over 25 years. But once the more powerful and less pricey Dodge Challenger SRT Hellcat rolled up, few batted an eye when news broke of the Viper's demise. In addition to poor sales and safety compliance, the legendary Viper was also one of those models that did not fit FCA's future vision of crossovers and trucks. To fill the void, we are left with the SRT Hellcat and the soon-to-be-released SRT Demon.

The Hyundai Azera continues to sell globally, however, the current generation will be its last in North America. The sedan is no longer a good fit for the brand. It sat at the top of the Korean automaker's lineup but with slow sales and the emergence of the Genesis luxury brand, the overlapping model is no longer noteworthy. Instead, Hyundai will shift toward more crossovers beginning with the Kona.

While carmakers are scrambling to keep up with the crossover craze, Infiniti is dropping its first crossover, the QX70, from its lineup. The QX70 started out as the FX when it was first introduced in 2003. Since then, the crossover has spanned two generations over 15 years but now it is time to bid farewell. The Japanese luxury car manufacturer is still committed to building crossovers. Last year, the entry-level QX30 went on sale while the larger QX60 received a refresh. Last month, Infiniti unveiled the redesigned QX50 which will go on sale next year. Infiniti's crossover game has never been stronger.

The Jeep Patriot has defected to Canada. The model will no longer be sold in America but continues to be available just north of the border. The similarly-sized Compass will be taking its place.

Lexus' hybrid hatchback is no more. Despite having received a refresh for 2018, the CT 200h will no longer be sold in North America. Instead, it will continue to sell in Europe where it is much more popular. The Lexus NX takes its place as the entry-level model until the imminent arrival of the UX next year.

Chances are you have probably never heard of the Mercedes-Benz B-Class let alone seen one. An electric-only variant of the European market hatchback has been on sale in the States since 2014. Even with government incentives, it failed to sell well.

It is hard to believe that the Mitsubishi i-MiEV was still in production up until this year. The i-MiEV was one of the first mass-produced electric cars. Then came Tesla. The i-MiEV was certainly not a looker, and when combined with its poor range of just 62 miles, it was deemed undesirable. The general consensus is that the i-MiEV will not be missed.

When you hear Mitsubishi Lancer, you immediately think of the rally-winning Evolution. While the loss of the top-of-the-line Evolution hurt, Mitsubishi tried to soften the blow by continuing to offer the base model Lancer. It even gave it a subtle facelift but alas it was not enough to keep the decade-old car around. Mitsubishi is bringing back the Evolution moniker, just not how enthusiasts had hoped.

While the Nissan Quest stopped being sold to regular folk in 2016, it continued to be available as a fleet car for businesses. That too has come to an end. Options in this segment are now limited to the Chrysler Pacifica, Honda Odyssey and Toyota Sienna as the top contenders.

The second generation Smart ForTwo went on sale in 2014. Two years later, an electric version was introduced and is now slated to become the sole option for the city car. That means the ForTwo is not going away, but expect to see fewer of them on the road as the Electric Drive model commands a higher starting price than the outgoing gas variant.

Just as the Volkswagen CC was about to turn 10 years old, VW decided to pull the plug on the model. Fear not, for its replacement, the Arteon, is sleeker than its predecessor. It remains to be seen whether or not the new model will make its way to North America.

Another model Volkswagen is doing away with is the Touareg. In its place, is the three-row Atlas. Not only is the Atlas bigger than the Touareg, it is also less expensive.