This was the first example built by the French automaker. 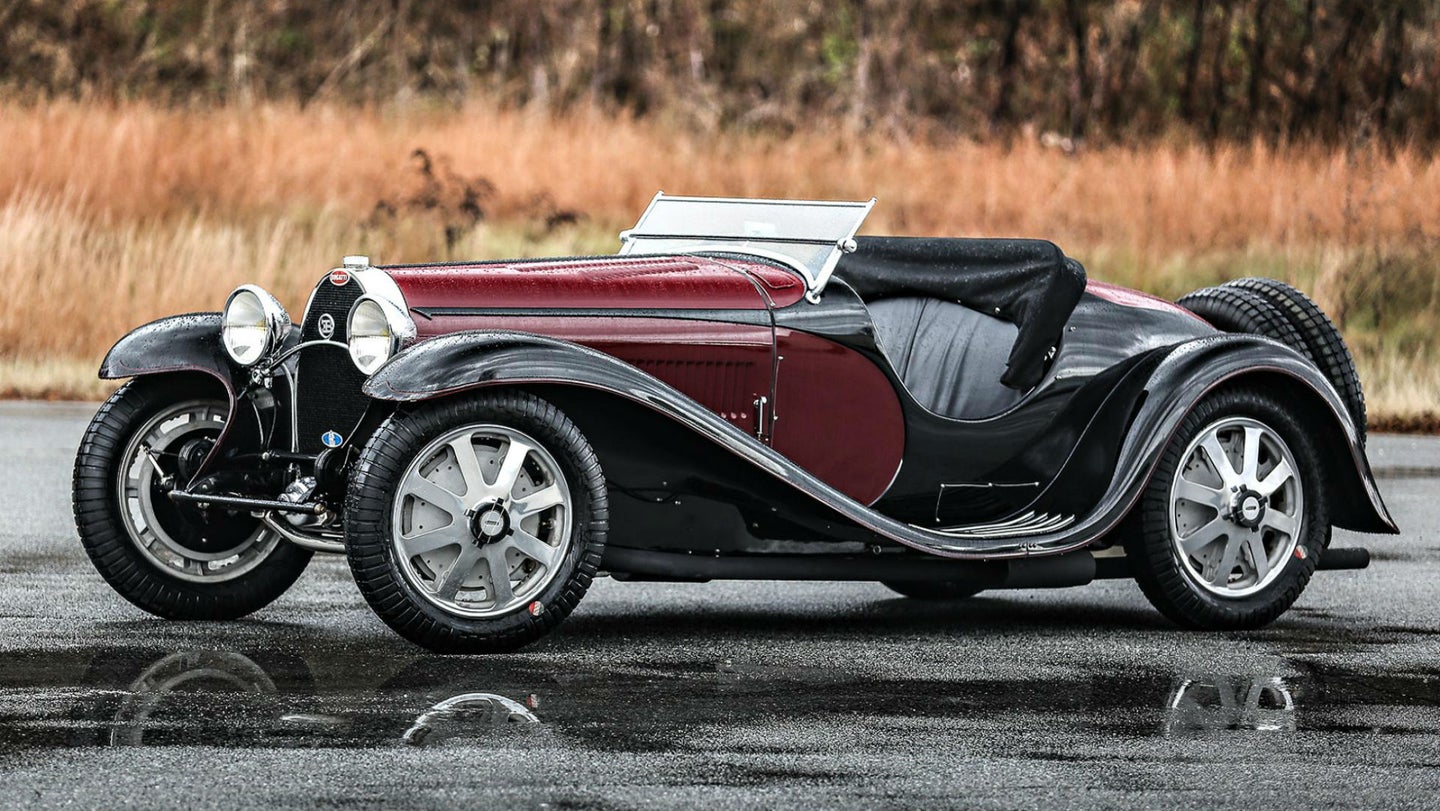 Bugatti, much like today, was a world-beater in the early 20th century. The French automaker's pre-war Grand Prix racers went on to become the winningest in history, and as the brand evolved, it kept that championship theory intact. After nabbing a victory at nearly every race across Europe in the 1920s, Ettore Bugatti built on the platform of his treasured Type 45 and created this, the Type 55.

Up for auction by Gooding & Co., this example is the first built by Bugatti in 1931. The car was unveiled at the Paris Auto Show during that same year, showcasing the marque's expertise on a global scale. Only 38 units were manufactured during the Type 55's four-year production run, and this one looks to be the cleanest of all.

This model has an especially rich history as it was owned by the French aristocrat Duc de le Tremoille. Afterwards, it was purchased by Dr. Peter Williamson, a known Bugatti collector of the era. It was finally taken in by a professional restoration house in 2012 that returned it to its original glory.

Unique features of this Type 55 include a special louver design that compliments the factory GP-style hood. This bonnet houses a supercharged, twin-cam inline-eight engine with an output of 130-horsepower. When combined with the famously "Frenched" yellow-tinted headlights, this is as period-correct as it comes in terms of stellar Molsheim racers.

It will be offered at the Scottsdale, Arizona Gooding & Co. auction Jan. 19-20. While none of us are likely to buy it, we can't help but stare at one of the most intriguing pieces of machinery to come from the era. It's expected to sell for anywhere between $4 million and $5 million, so keep your eye out for yet another record-smashing example at the event.