The short-lived Bricklin SV-1 was marketed as a safe vehicle, so it's fitting that pricing for this example in Maine is low-risk. 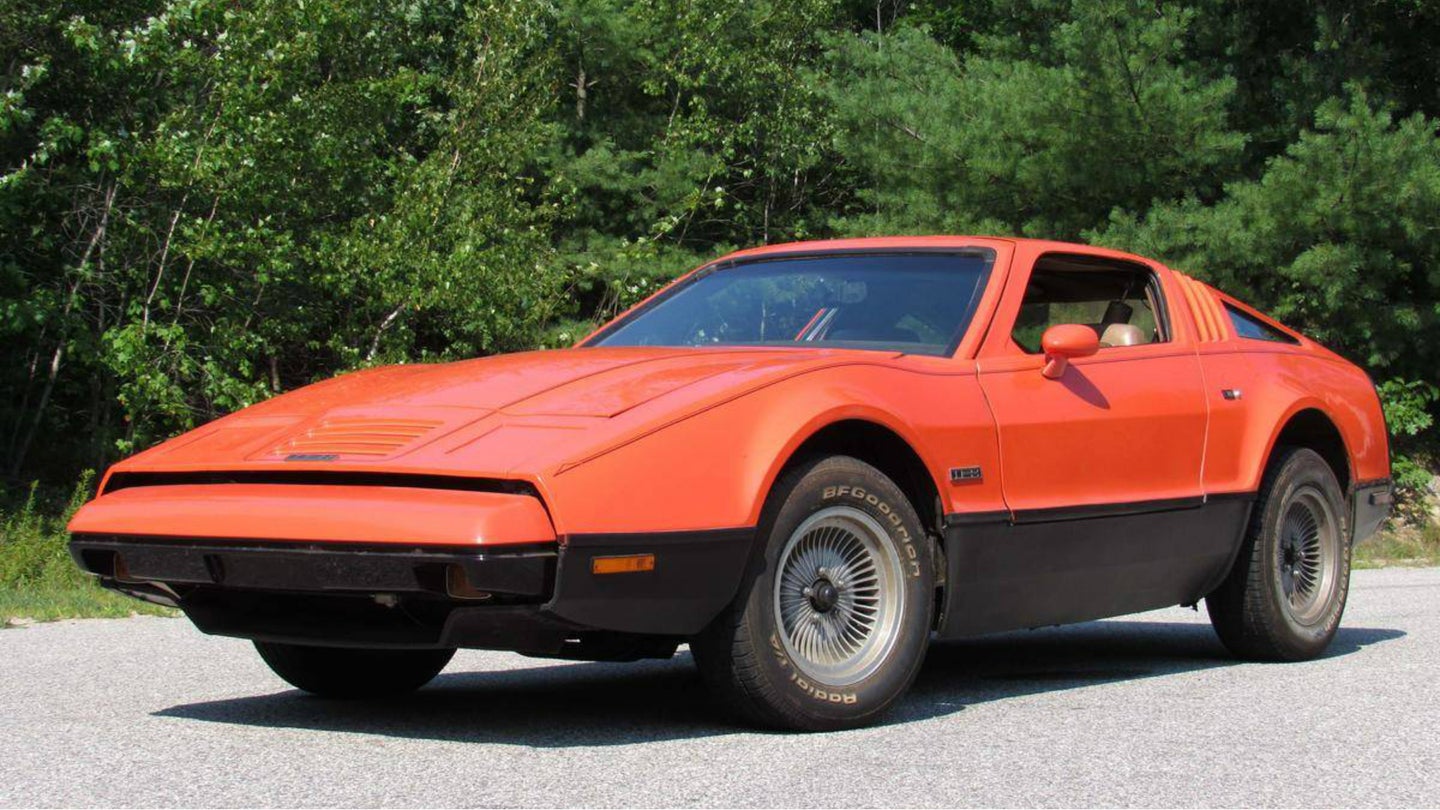 A dealer in Arundel, Maine, has a rare 1975 Bricklin SV-1 on sale for what seems like the safe price of $13,995. Motorland Classic Cars says the car's 351-cubic inch Ford Windsor V8 is modified with an Edelbrock four-barrel carb and runs strong.

The gullwing-doored SV-1 was built in Canada by Malcolm Bricklin, an American entrepreneur who had made his name bringing Subarus to our market. He later imported unreliable and rust-prone Yugos, somewhat muddling his legacy.

Crafted in fiberglass and acrylic plastic, the SV-1 was designed to protect passengers—its name is an abbreviation of "safety vehicle-one". The car was sold in bright colors in order to be easily seen and was designed with substantial bumpers, an integrated roll cage, and side-impact beams. Rare for its day, the car also came without any ashtrays or cigarette lighters to reduce the risk of fire. The Bricklin was first sold in 1974 with a 360-cubic inch American Motors V8, though later cars made use of the Ford motor.

High production costs and low sales (only 2,800 were produced) doomed the brand in short order. It fell into receivership in 1975, though a few 1976 models were built with leftover parts.

In testing from 1975, Car and Driver noted that the Bricklin slightly out-cornered a contemporary Corvette, albeit conclusively slower. The Canadian reached the quarter mile in 16.6 seconds, half a second behind the American. Top speed was also lagging — 118 miles per hour for the Bricklin to the Chevy's 129. Perhaps more egregious was the magazine's critique of the gullwing's cramped interior. "Every furnishing seems to work against basic comfort," it noted.

Still, the years have been reasonably kind to the SV-1. It still looks sharp and rarity helps keep pricing up. At less than $14,000, this is the cheapest Ford-equipped Bricklin currently listed by Hemmings. It should make a good investment for a collector of more obscure marques. Plus, with a reliable engine and the safety of a roll cage, it might even work as a daily driver... one that you should have no problem finding in any parking lot.