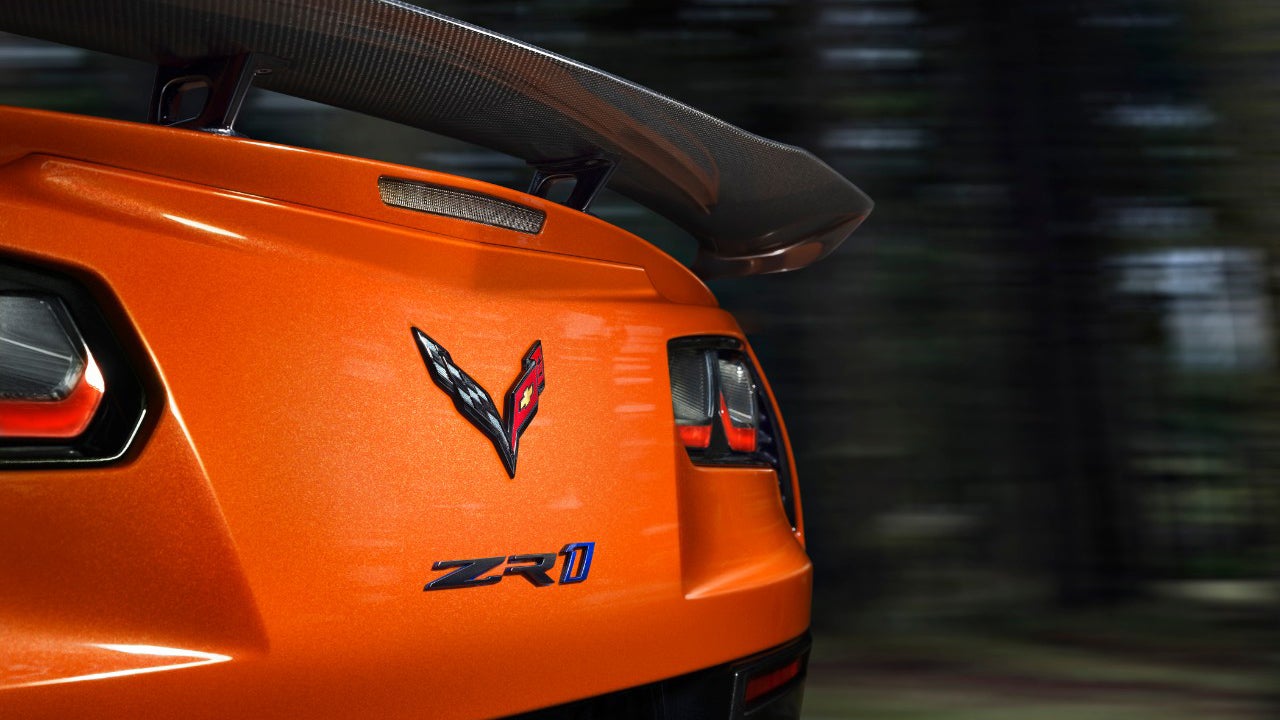 It was no secret that a new Corvette ZR1 was in development. Numerous spy shots, rumors and speculation, and even a cover leak confirmed the moniker's inevitable revival. After teasing its upcoming reveal, Chevrolet finally debuted the all-new Corvette ZR1 in Dubai. In addition the high-end model, Chevy also introduced the Sebring Orange Design Package for the ZR1.

The package features a tintcoat finish while the brake calipers, rocker panels, and splitter accent stripes are also painted in orange. The citrus theme continues inside where the seat belts and interior stitching receive the same orange treatment. Meanwhile, the cabin trim is adorned with bronze aluminum which is unique to this package.

The Corvette has had much success at the Sebring International Raceway. Earlier this year, Corvette Racing celebrated its third consecutive win in the GT Le Mans class at the 12 Hours of Sebring upsetting both the Ford GT and Porsche 911 RSR.

The ZR1's cockpit includes heated and vented leather sport seats, a carbon fiber-rimmed steering wheel, Bose premium audio system and more. Like the Z06, the Performance Data Recorder allows you to check your lap times, among other things, for track days.

The ZR1 features a new 6.2-liter LT5 supercharged V8 engine producing 755 horsepower and 715 pound-feet of torque. An optional eight-speed automatic transmission will be available for the first time in addition to a seven-speed manual. Pricing has not yet been disclosed, but it will likely cost more than $100,000. The Sebring Orange Design Package will likely command a premium on top of that.

Competing against the likes of Ferrari and Lamborghini, this American car brand hopes to lure those looking for similar performance at a lesser price point.

Images of the 2019 Chevy Corvette ZR1 May Have Just Leaked

And don’t forget to notice the 750 horsepower detail…